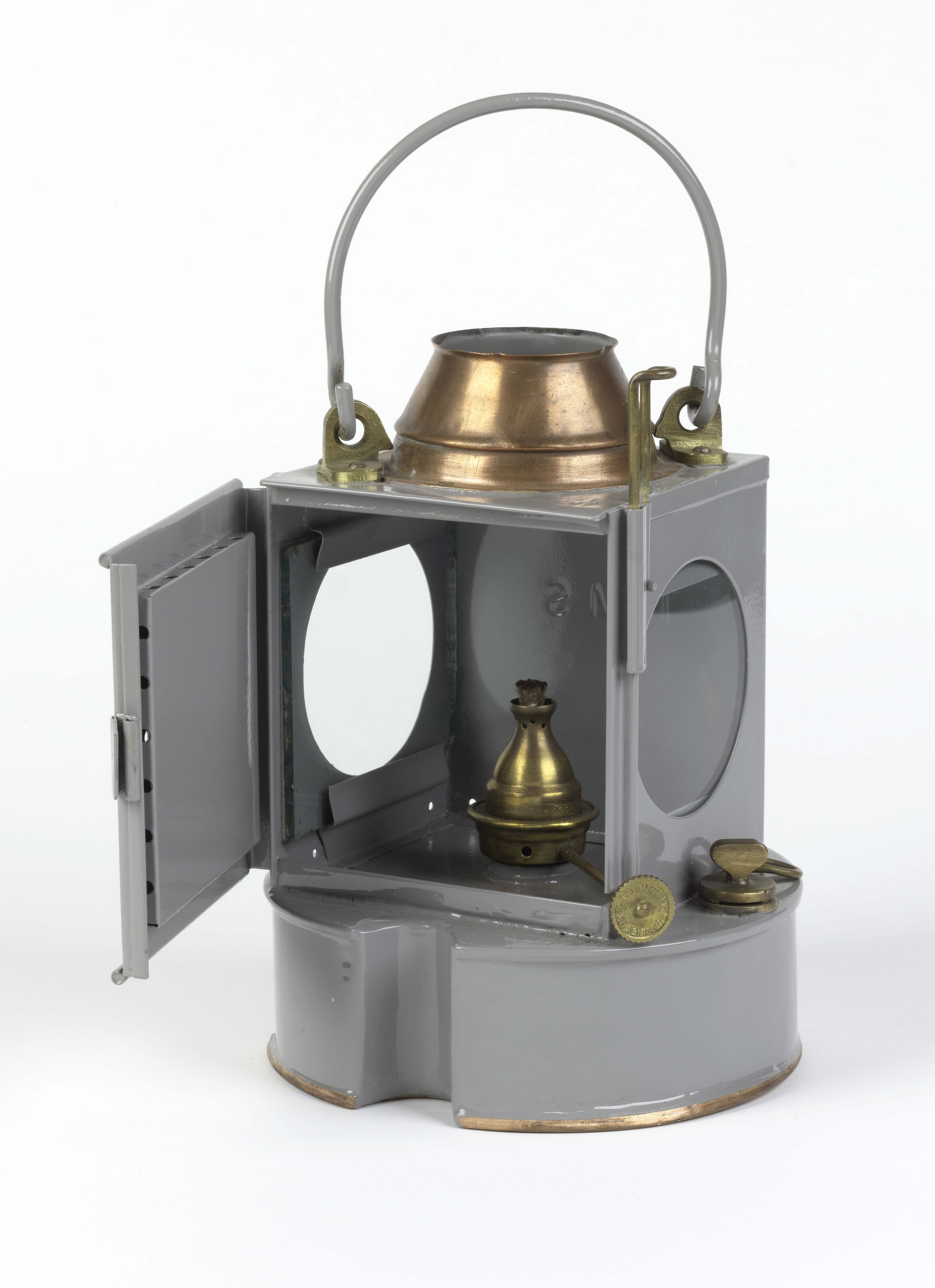 This lamp was used to signal engine drivers as they travelled along the broad and narrow gauge railway lines in the Ballymoney area.

The lamp was placed in the lamp housing on the signal post. It would then illuminate the signal arm to alert drivers. Red was for stop and green to proceed. They were used on both the broad and narrow gauge lines in the Ballymoney area.

James Hill was a signal man in the 1950s. He was based at the signal cabin at Ballymoney Station. He explains,

‘The lamps were all lined up on a plank on the ground floor of the signal cabin and filled with paraffin oil. It was my job to walk out to the signal, remove the lamp and replace it with a full lamp. For the distant signal near Bests Bridge, I would usually go by bicycle from the station.’