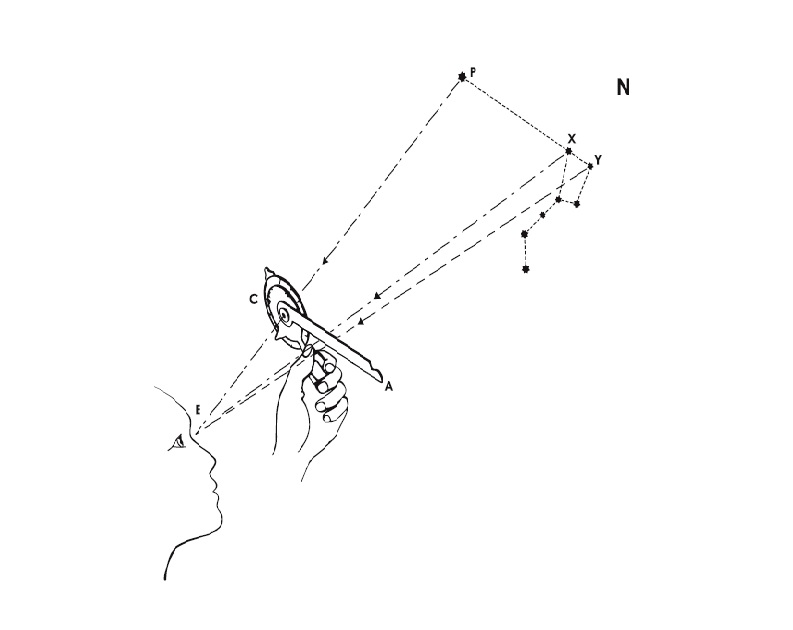 A Nocturnal or night dial. By focusing the instrument on the stars, the time can be estimated to within 10-15minutes.

The nocturnal was invented in the 16th century.  This example is inscribed with the date 1781.

Boxwood. They were also made from brass.

The outer edge of the instrument is divided into days and months. When this is set, the user holds it up at arm’s length so that the North Star shows through the central brass hole. The long arm is then aligned with the star constellation known as The Great Bear. The inner dial is marked in hours and minutes. The time can then be read from where the arm crosses the inner dial.

Nocturnals were often favoured by mariners.  Some rural communities continued to use them until the early 19th century to set their town clocks.

Only two wooden nocturnals are known to exist in Ireland.  The other is in the National Museum of Ireland, Dublin.

With thanks to Dr. John Butler and Armagh Observatory.

Nocturnals are more accurate than sundials, which have a margin of error of 30 minutes.  The error is due to the uneven orbit which the earth takes around the sun. As a result, mathematical charts and tables are needed to correct the time read from a sundial. 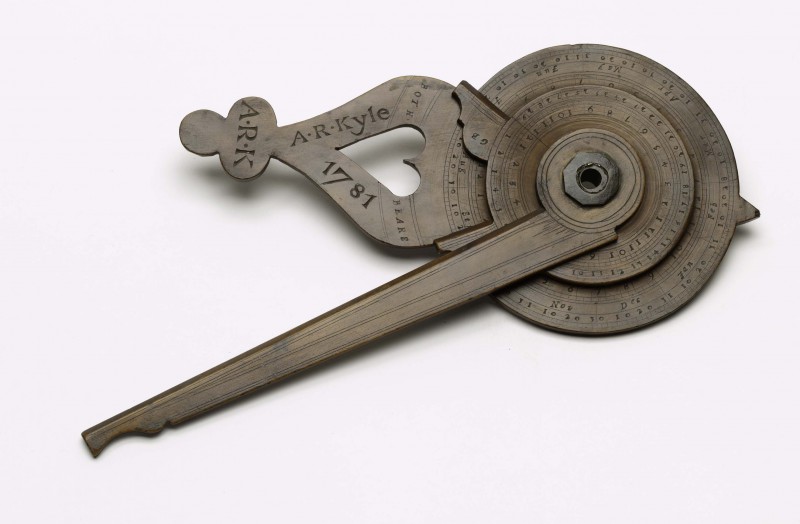 View the Nocturnal on the BBC's 'A History of the World'