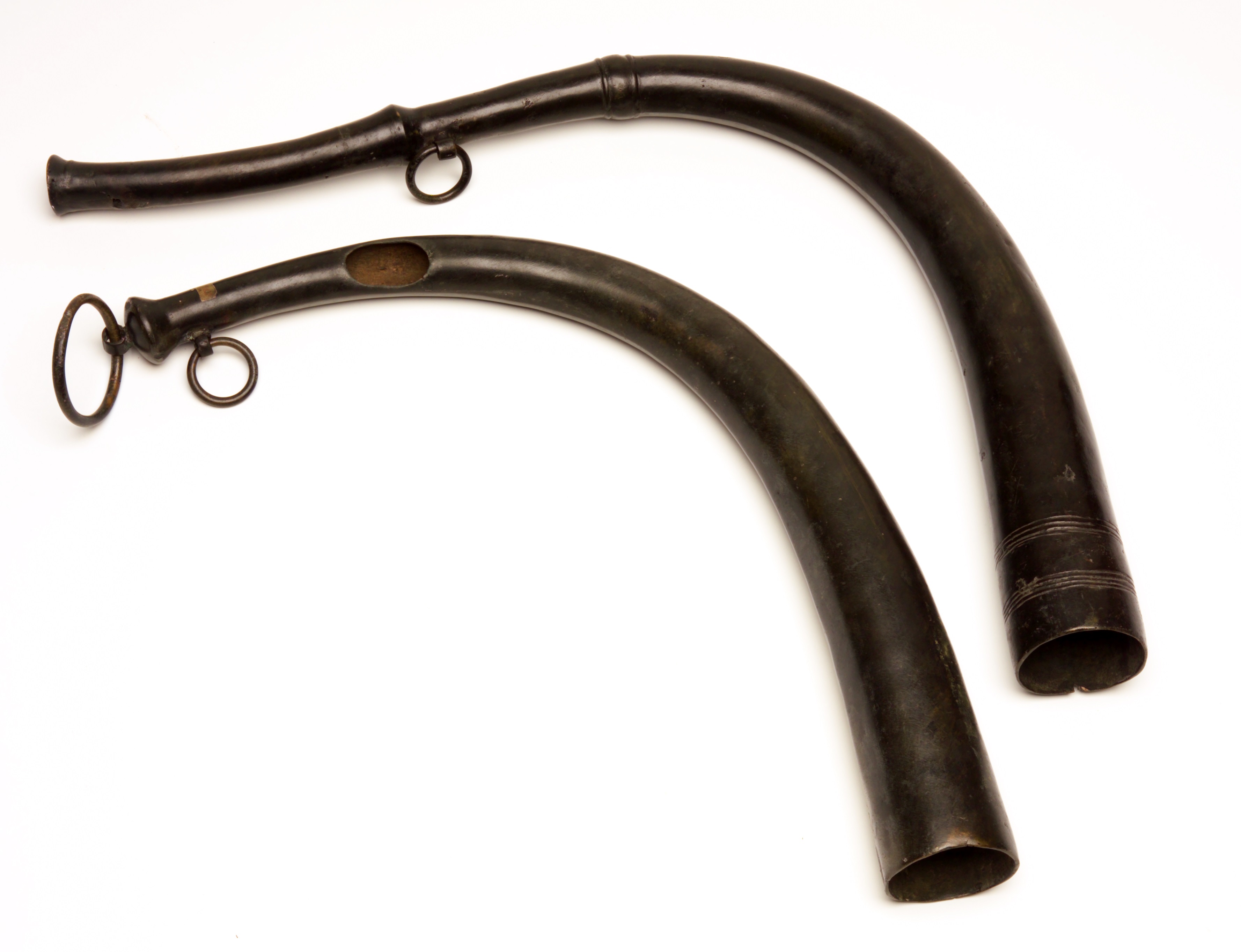 These beautiful horns were played by people living in the Ballymoney area 2,500 years ago.  They are among the most striking objects to be found in this region and demonstrate the skills of craftsmen at that time.

How old are they?

How were they used?

When horns like these were first discovered in the 19th century, archaeologists debated how they were supposed to be played.  During one experiment, an unfortunate man burst a blood vessel and died, while trying to produce a note from one of the horns!

The horns occur in a wide variety of shapes and sizes and each one makes a different sound. For example, large horns blown from the end make a low bass drone, while those blown from the side produce a higher note.  Modern research by Simon O’Dwyer has discovered that a skilled musician can use the horns to produce a complex melody.

During the Bronze Age, horns were widely used in Ireland and over 104 have been discovered.

It was originally thought that they were sounding trumpets, for use in battle, either for signalling or creating a threatening noise.

The Australian aboriginal didgeridoo is a comparable instrument in the way the lips, tongue, mouth cavity and air pressure is used to alter the tone of the note.

View the Drumabest Horns on the BBC's 'A History of the World.'