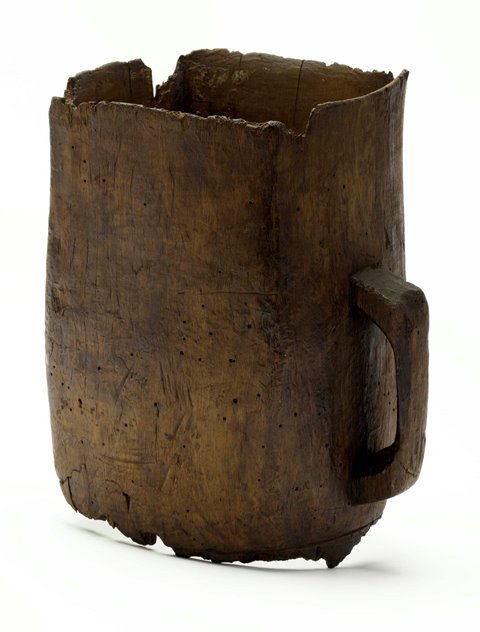 These are carved, wooden containers that once held a substance known as bog butter.

Bog butter is a whitish-grey, waxy, solid mass with a distinctive strong smell. It has been commonly found, over the past 300 years, in bogs in Ireland and Scotland. Beeswax and honeycomb were often added and it had a very high fat content.

How old are they?

The practice of burying butter in bogs can be traced back more than 2000 years.  These butter kegs have been radiocarbon dated to1450-1640 AD.

How were they made?

The containers have been carved out of a single bough of an alder tree, with a separate base inserted into a groove inside the lower part of the body.

The containers were used to make and store the bog butter. It is thought that the bog butter was placed in streams or bog holes to keep them cool during the summer months and prevent mould growth. It may also have been buried to prevent it being stolen or even as a ritual offering to appease Gods or spirits. 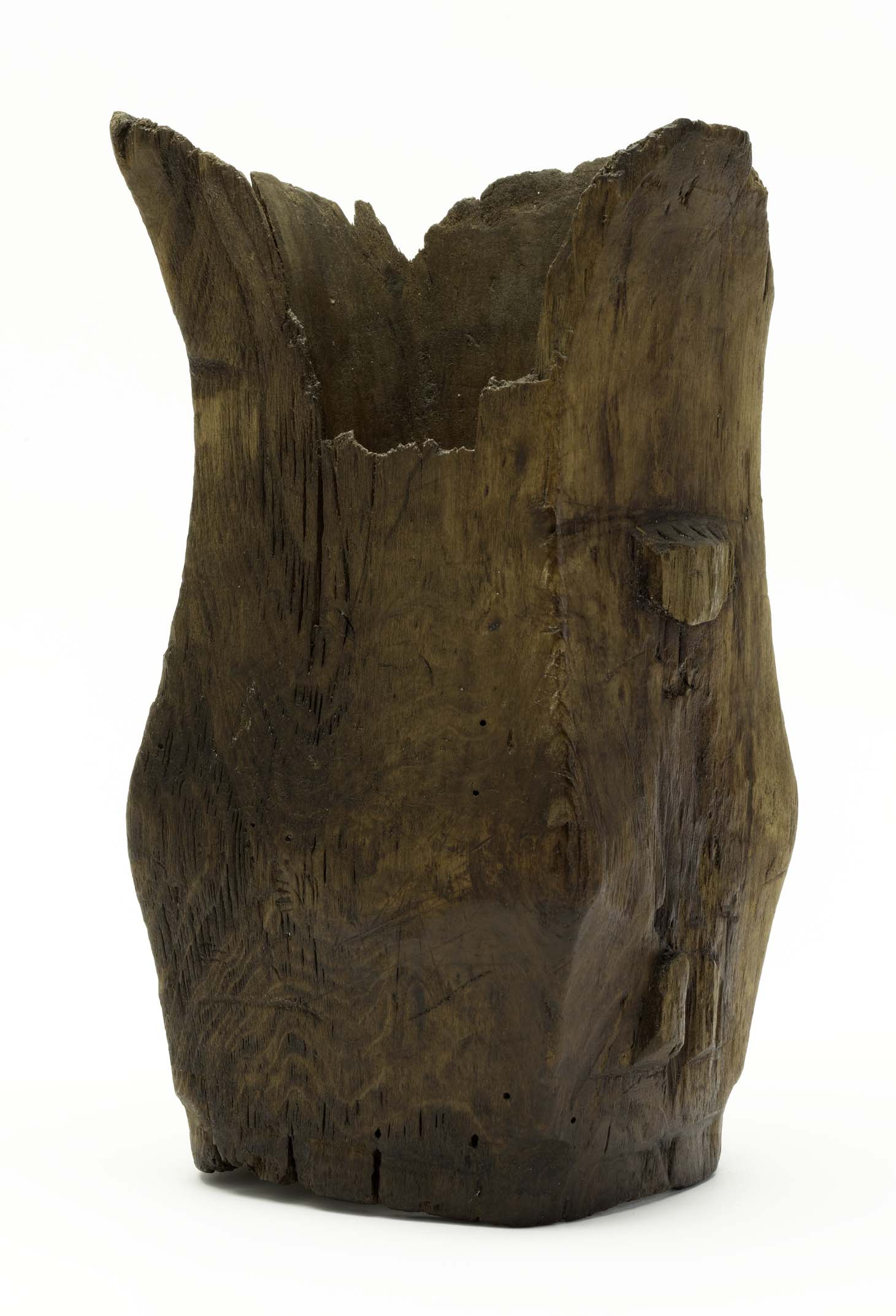 How does wood survive so long?

red during turf cutting or drainage works.  The wood can be preserved for centuries in the acidic, watery conditions found in peatbogs.

The question of why people deposited their butter has intrigued archaeologists for many years. Among the most interesting theories is the suggestion that the butter was originally deposited as a ritual offering. This is an explanation that is proposed for many goods that have been recovered from wetlands, rivers and lakes. It highlights the difficulty modern experts have in piecing together a long forgotten past, and uncovering the everyday lives of ancient people.