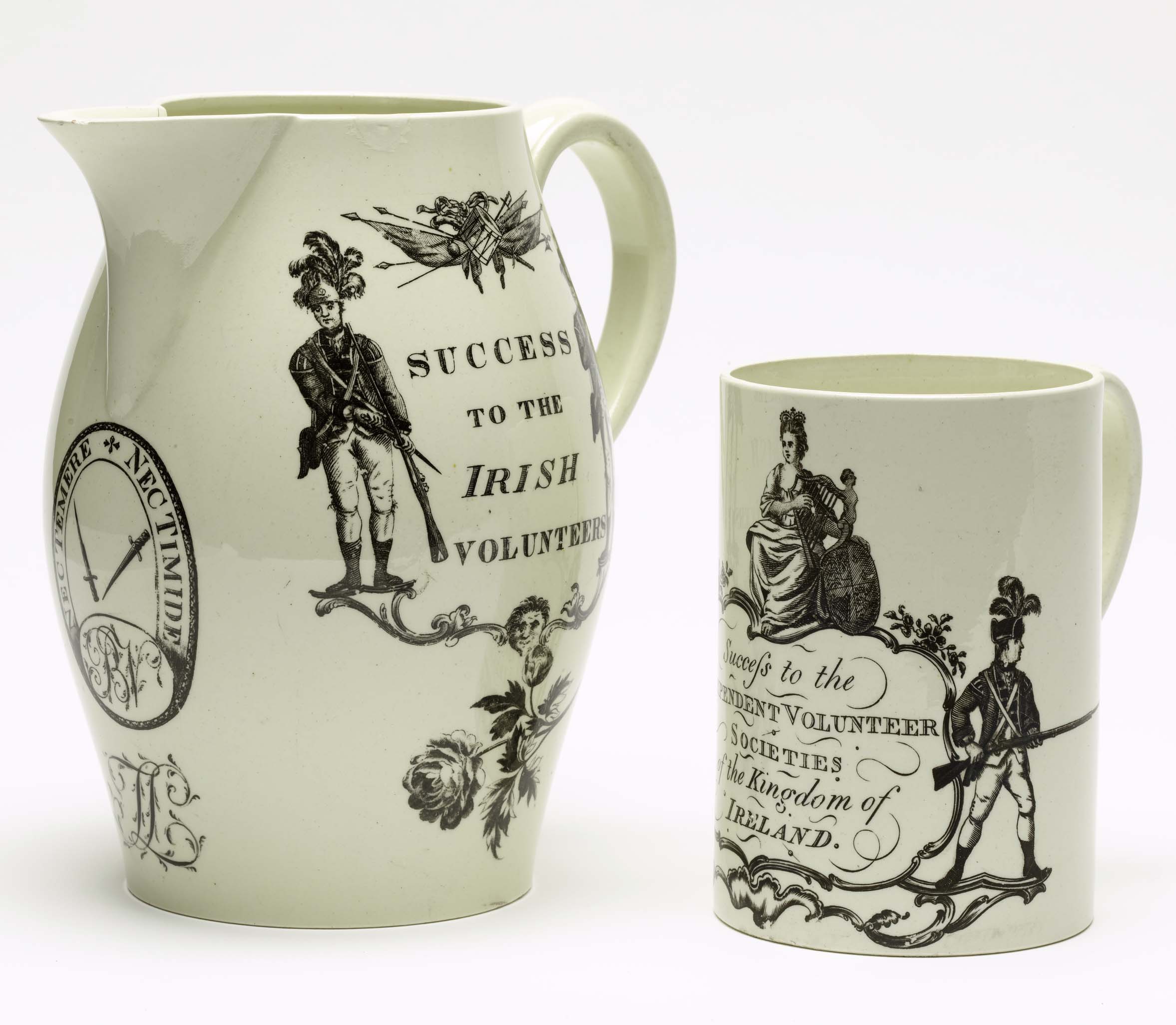 Irish Volunteer jug and Independent Volunteer mug. Jugs and mugs like these were made in the 1780s to raise funds for local Volunteer Companies.

What are they made of?

Creamware, made by Wedgwood.

How did they get here?

These objects were part of the original museum collection and were on display in the Town Hall when it opened in 1866.

Volunteer Companies were formed across Ireland to protect their country against the threat of French Invasion. By July 1779, the Volunteers numbered 40,000 and a company of 70-100 was enlisted at Ballymoney in 1784.

Volunteer Reviews took place at Leslie Hill. During these grand occasions, Companies from the neighbouring districts took part in parades and exercises and hundreds of men were billeted in the area.

Local gentry became officers. James Leslie of Leslie Hill was the Commander of the Ballymoney Company and his crest can be seen on the jug. The present James Leslie is very proud of his family’s contribution to the development of Ballymoney through the centuries. He says,

‘My ancestor was a very energetic and innovative man. Not only was he involved with the Volunteers, he played a role in many local organisations in the town and was made a Freeman of the city of Belfast’. 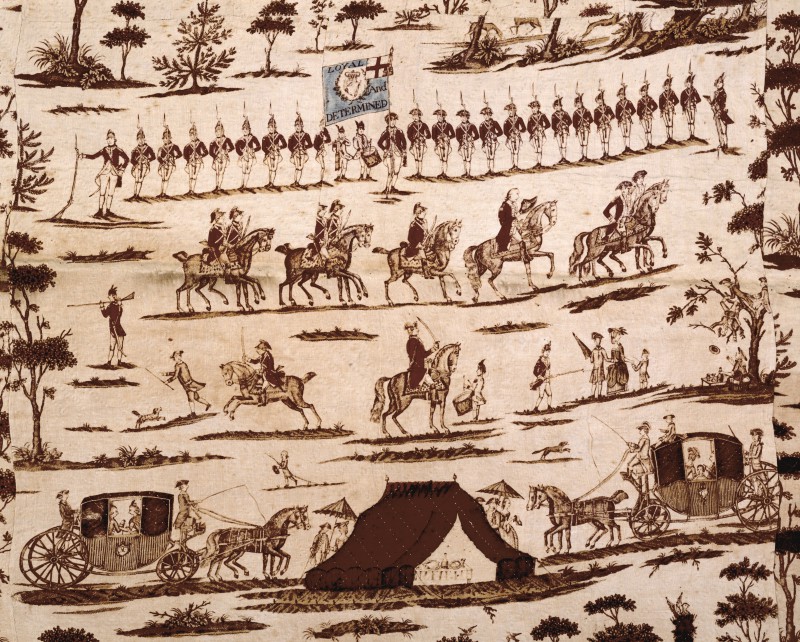