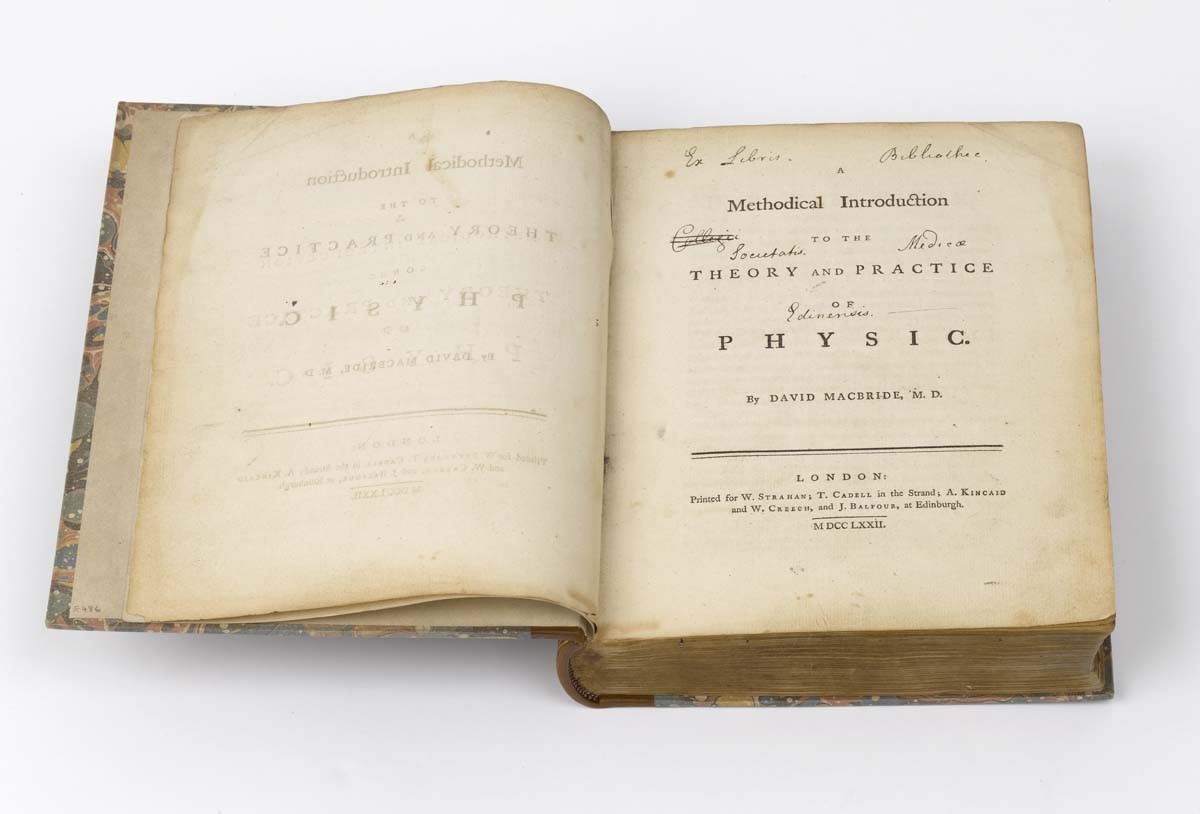 'A Methodical Introduction to the Theory and Practice of Physic' was written by David Macbride (1726-1778), a doctor from Ballymoney, in 1772.

It is based on a series of medical lectures he gave in his home in the winter of 1766-7. The book was later translated into

Latin, German, French and Dutch. MacBride also published a volume of his ‘Experimental Essays’ and these two books made him one of the most distinguished physicians of his day.

Who was David Macbride?

David Macbride played a significant role in the progression of modern medicine and, in particular, a cure for scurvy. He was born on 26th April 1726 in Ballymoney. His father was the Reverend Robert Macbride, the minister of the Ballymoney First Presbyterian Church. His elder brother, John, became an Admiral in the Royal Navy and a Member of Parliament for Plymouth.

Macbride’s books reflected the approach to medical research in the 18th century. His work was highly clinical and based entirely on observation. At this time, doctors were able to describe the symptoms of a disease with great accuracy, although they seldom had a cure. 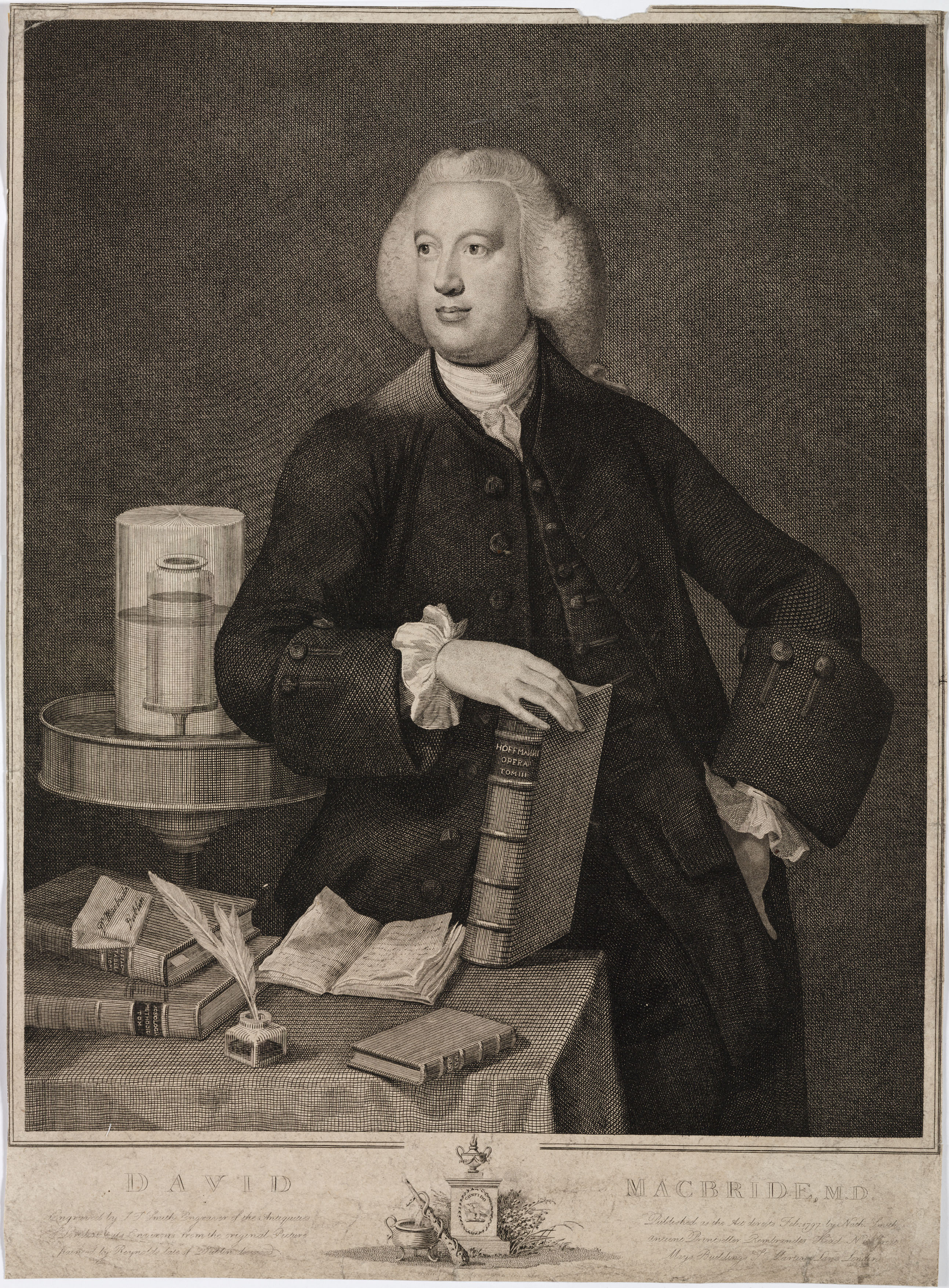 In his early career, David Macbride was a surgeon in the Royal Navy. This allowed him to observe the effects of scurvy and he began his quest to find a cure. His treatment for the disease is well documented in 'A Methodical Introduction to the Theory and Practice of Physic' and his other published work, ‘Experimental Essays’. He proposed the use of fresh wort or an infusion of malt and on long voyages Captain Cook reported positive results among his crew using this treatment. Despite this success, the Royal Navy eventually opted for James Lind’s solution of lemon juice.

With thanks to Dr. John Johnston, Ballymoney, General Practitioner (retired)
Purchased with assistance from NIMC