This is known as a ‘withers’ yoke, used for harnessing oxen. It sat on the necks of two animals to allow them to pull a plough or a cart.

It was made during the Bronze Age. Radiocarbon dating shows it dates to between 770-400BC.

Each end of the yoke was held over the neck of the ox by a rope placed through the two vertical holes. The shaft of whatever the animals were pulling was held in the single horizontal hole on top of the yoke. It seems likely that it was used to pull a primitive plough called an ard.

This artefact is exceptionally rare. Only two other complete Bronze Age wooden ox yokes have been discovered in Ireland, although examples have been found in Scotland and in continental Europe.

Where was it found?

The yoke was found in a bog and it is likely that when first unearthed during turf-cutting, it was left with one end sticking out of the bog. This would soon weather away, being unprotected by the turf.

Its size demonstrates that Bronze Age oxen were much smaller than modern breeds and the sharp internal angles of the yoke probably reflects the neck-shapes of these small early oxen.

With thanks to Richard Warner, former keeper of Antiquities, Ulster Museum.

Conservation with assistance of NIMC 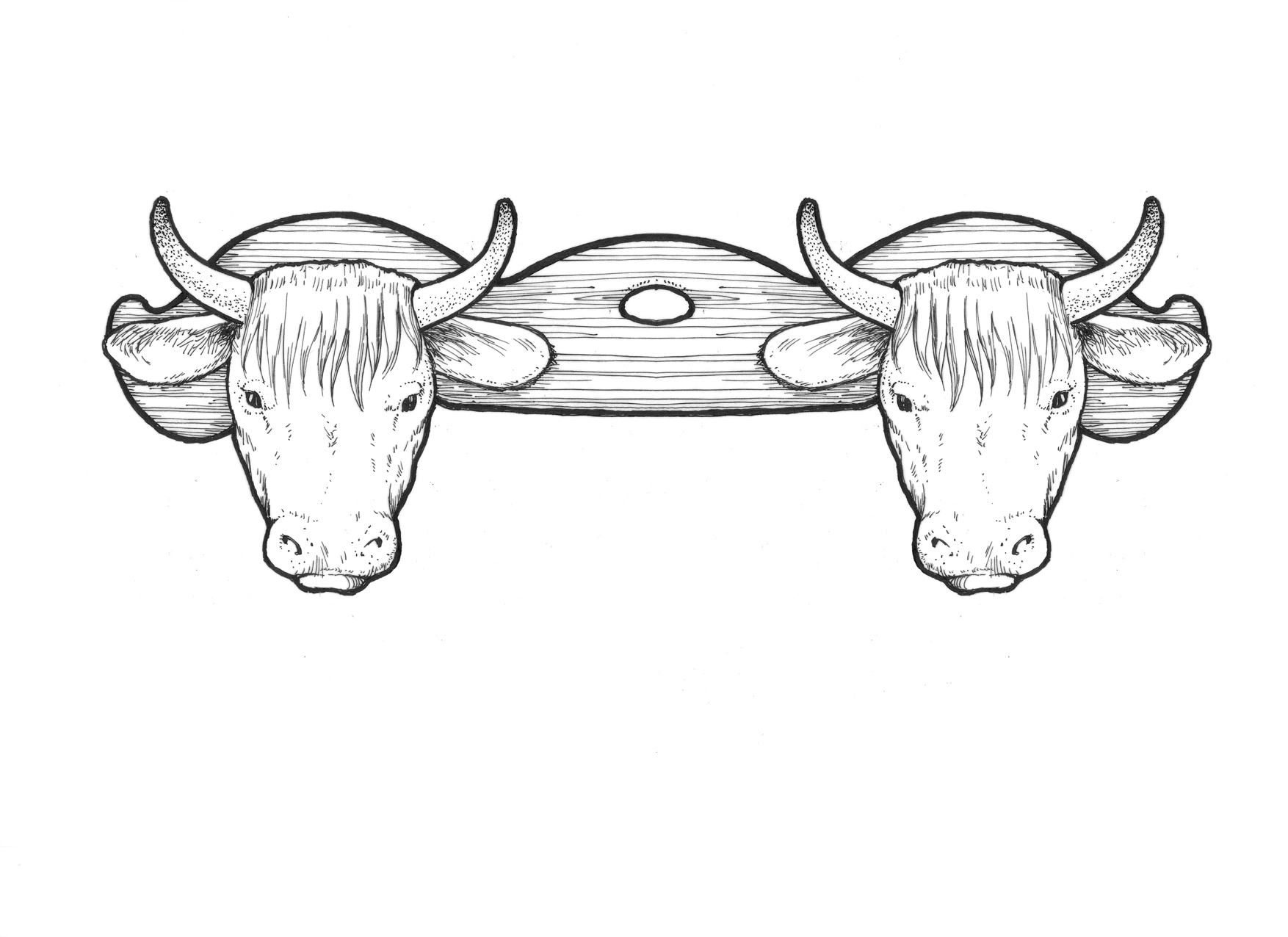