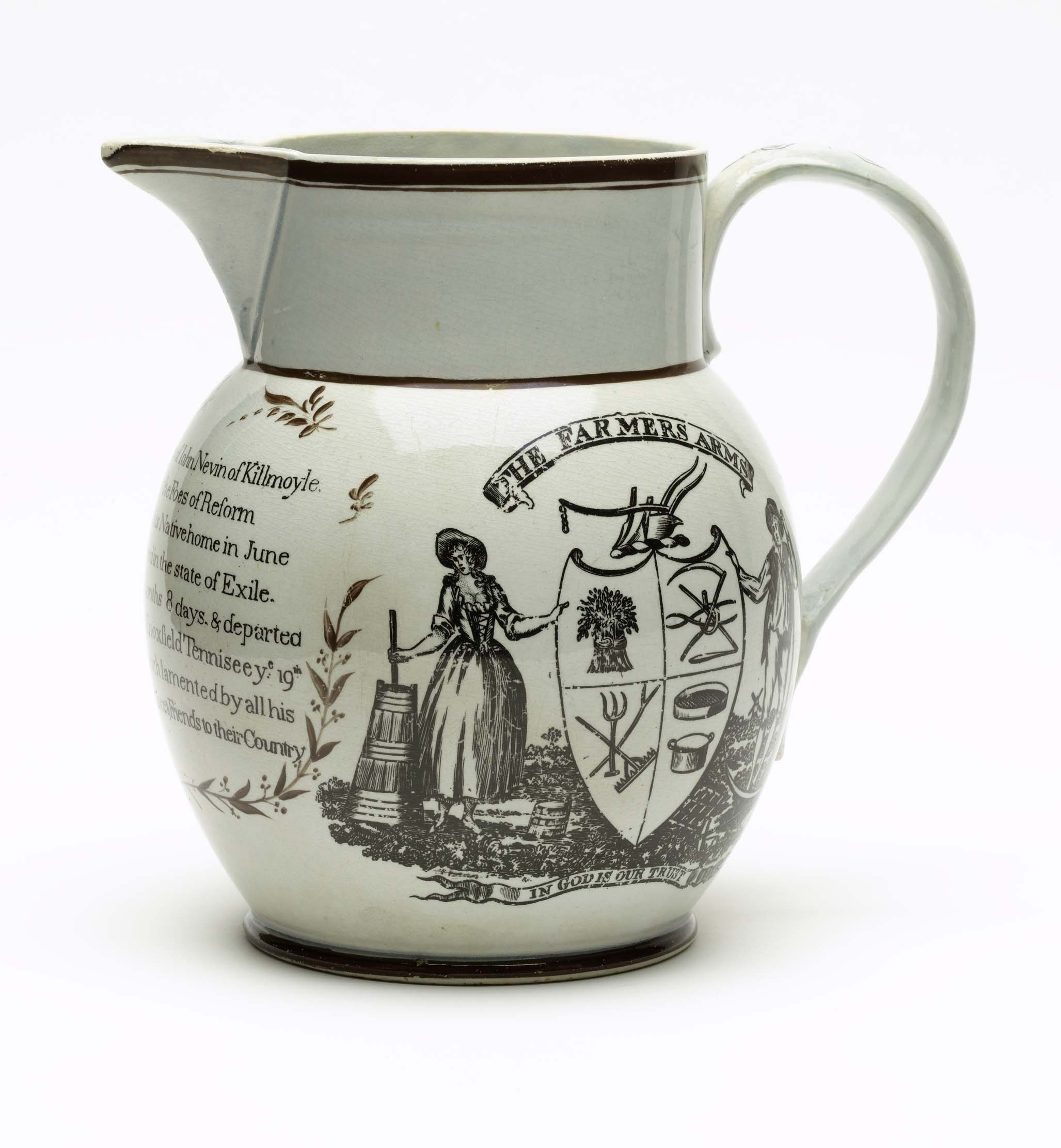 This sword belonged to John Nevin, the famous Ballymoney United Irishman, who played an active role during the doomed 1798 Irish Rebellion.

It has a steel blade with a decorative ivory handle.

How did it get here?

After the Rebellion, Nevin escaped to America. His sword remained a treasured family heirloom and it was donated to the Council by his great grand nephew in the 1960s.

Who was John Nevin?

Nevin was a landowner from Kilmoyle, near Dervock, and a notorious United Irishman. In November 1797, he was imprisoned at Carrickfergus for helping a soldier to desert from the army. He was later released and played an active role when the Rebellion began in June 1798.

Nevin had military training in the Ballymoney Volunteer Company. He used this experience to secretly exercise his men in a field known as the Drilly Knowe, in the village of Derrykeighan. This field is now the site of a house and antique shop.

Many tales are told about Nevin’s adventures and his eventual safe passage to America. One account tells of his escape while a fugitive after the failed Rebellion.

Nevin and another rebel were hiding with an old farmer in a house which they believed to be safe. One night as he slept, Nevin began to have unsettling dreams in which soldiers surrounded the house and captured them.

When he woke, Nevin discovered that they had been betrayed and the farmer had secretly crept out to fetch the yeomanry. All the doors were locked and the men were forced to escape by squeezing through a window.

Thanks to his mysterious premonition, when the treacherous farmer returned with the yeomanry, Nevin and his friend were long gone.

Above right: When Nevin died in exile, in Tennessee in 1806, his family commissioned a set of jugs to commemorate his life. Two are on display in the Museum.