A Saddle Quern from Ballymacfin, near Mosside.

Querns were first used during the Neolithic period [4,500-2,500BC] for grinding grain to make flour. They were also known as ‘corn crushers’, ‘mealing stones’ and ‘grain grinders’ and have been discovered in primitive civilisations all over the world.

The saddle quern consists of two parts: the lower stone (bedstone) and the upper stone (rubber).

The constant grinding motion of using a quern was very tiring work. In Abu Hureyra, Syria, archaeologists have found abnormalities in the bone structure of ancient skeletons which they believe to have been caused by prolonged use of a saddle quern.

People in Ireland began farming 6,500 years ago during the Neolithic period (New Stone Age). For the first time, communities began to grow their own crops and keep livestock, rather than relying on hunting.

By growing cereal crops of wheat, oats, barley and rye, new foods were introduced to the daily diet, including porridge and bread.

Saddle querns were gradually replaced by rotary querns which were easier to use and caused less physical strain. A rotary quern consists of two disc shaped stones with holes through the middle and on the outer edge. A handle was inserted to turn the upper stone.

Querns were used in Ireland until the late 19th and early 20th centuries and are still found in some remote communities in Africa. 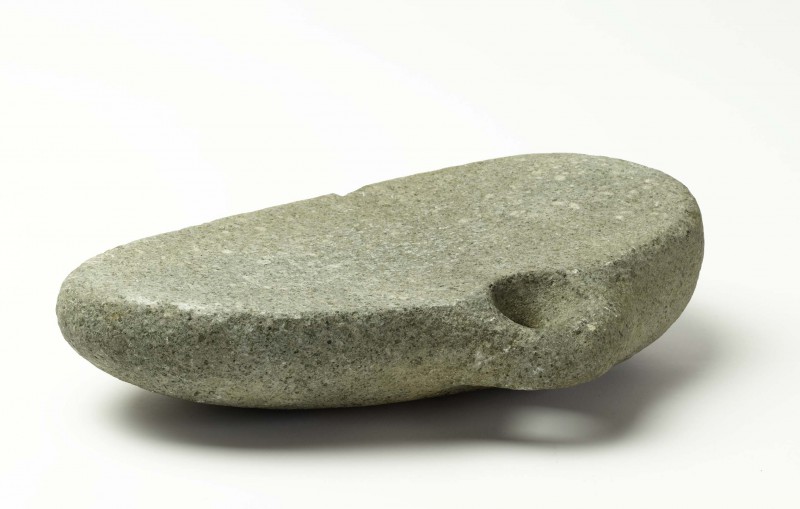