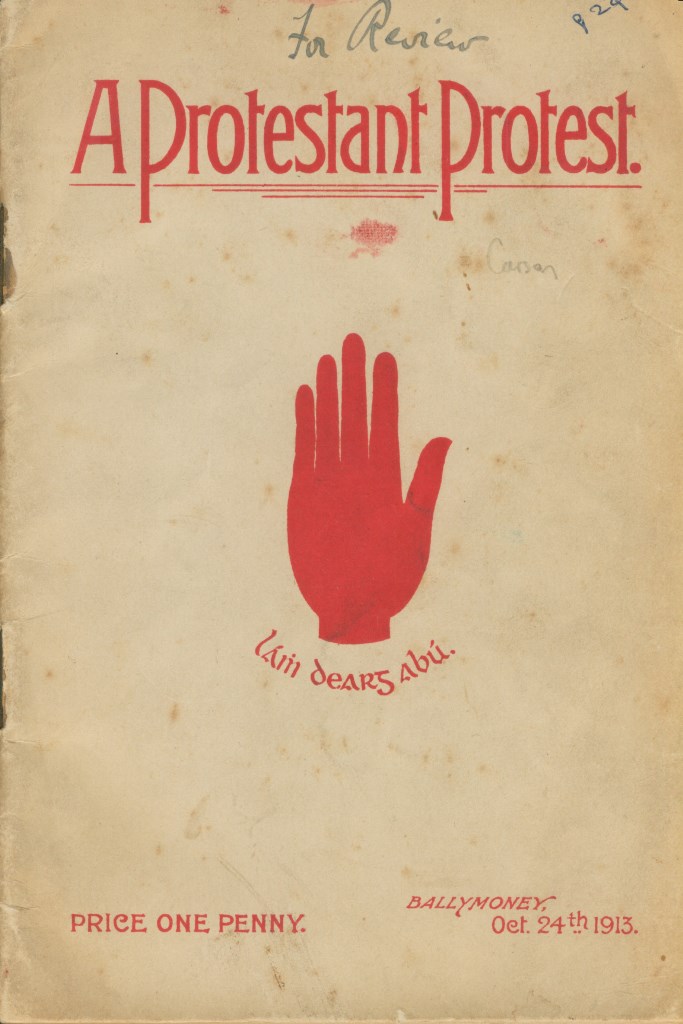 This pamphlet contains a record of the speeches made at a controversial meeting of Protestants in support of Home Rule. The meeting took place in Ballymoney Town Hall on 24th October 1913.

Sir Roger Casement, the famous Irish Nationalist, approached the Rev. J. B. Armour of Trinity Presbyterian Church, about holding a meeting in the town. Armour was a well-known advocate of Home Rule.

The aim was to demonstrate publicly that there was a sizeable population who rejected Edward Carson’s claim to speak for all Ulster Protestants.

The meeting was not a great success, with around 400 people turning up. The speeches were based on romantic ideals rather than political reality. Despite Casement’s intentions, they did not ‘set the Antrim hills ablaze’, and no further meetings took place. In contrast, an anti-Home Rule meeting was held in the same building a month later and the surrounding streets were packed with crowds.

Local historian Alex Blair notes, ‘the meeting put Ballymoney into the press headlines across the United Kingdom. All the big London papers had a representative in the Town Hall and ‘The London Times’ carried an editorial as well as a report’. 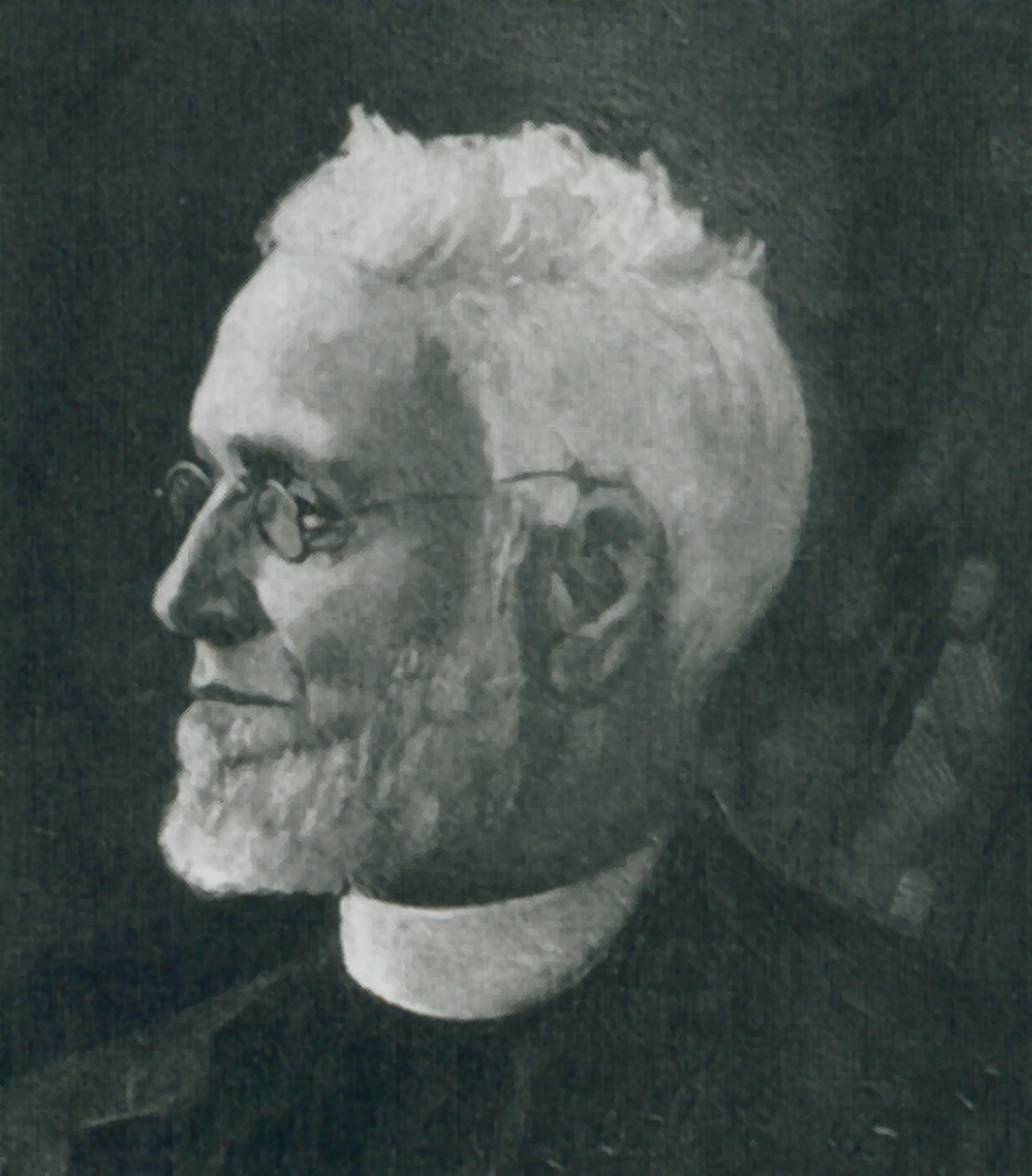 Ballymoney was chosen because it had a reputation for radicalism, largely based on enthusiasm in this area for Tenant Right, for which Armour was also a campaigner. In reality, Ballymoney had become a mainly Unionist town.

At the meeting they pledged lawful opposition to Carson’s Unionism. They also called for the government to bring ‘all Irishmen together in one common field of national effort’.

The lack of support for the cause showed that Protestant Home Rulers were, as one journalist of the time wrote, ‘rare birds’.

Click her to find out more about Reverend J.B. Armour