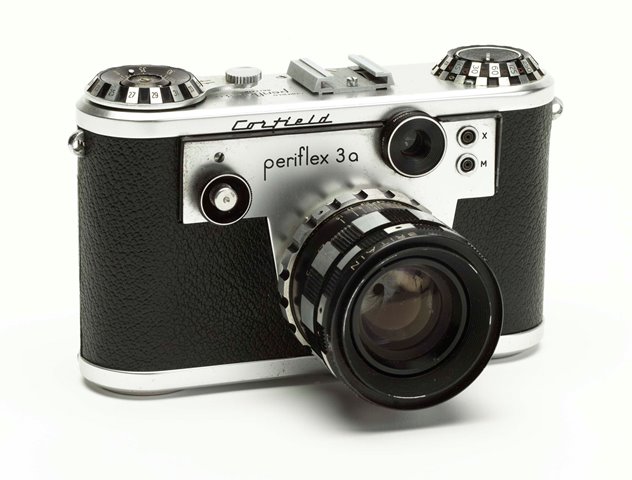 The first camera to be designed by K.G. Corfield, Limited. at their factory in Ballymoney. Corfield were the only camera manufacturers in Ireland.

Why is it special?

The ‘chequerboard’ design of the control knobs and lens mount was quite radical. Within months German and Japanese camera makers were doing the same.

In January 1959 the company moved from Wolverhampton to Ballymoney and had to recruit and train almost an entirely new workforce. The Periflex 3a is a testament to their skills and enthusiasm. Within months of arriving they had produced a quality 35mm camera that was praised by photographers and the trade press.

Former employees still have fond memories of their days at Corfield and many lifelong friendships were formed. There was always a positive attitude on the production line. When a set target was achieved, a big cheer would go up…and then they would go straight back to work! 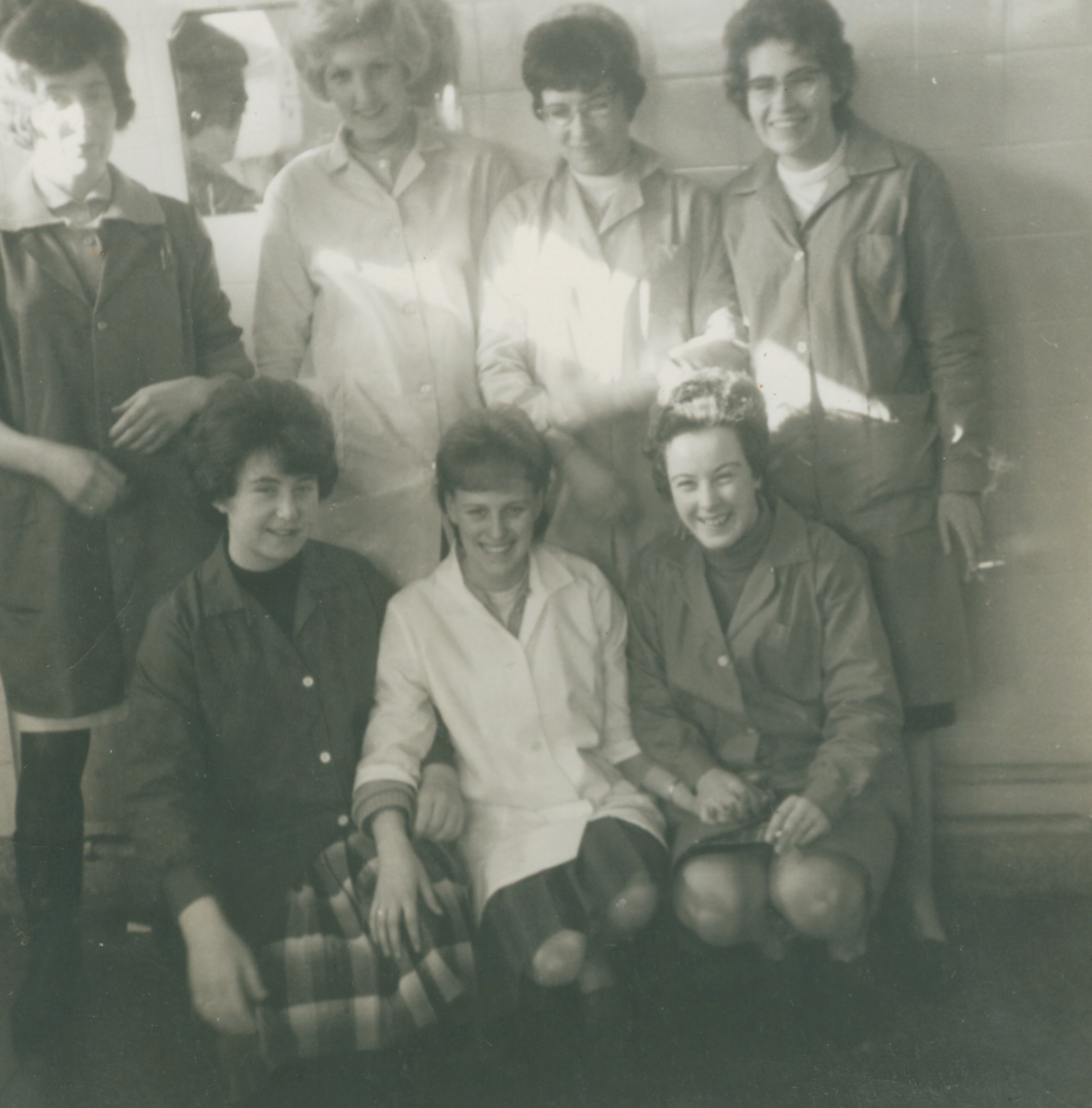 The founder of the company, Sir Kenneth Corfield, is also remembered

with affection. Brian Tuson, who worked on lens assembly, recalls the day Sir Kenneth was taking a V.I.P guest around the factory.

‘A Lumax lens slipped from my hand onto the concrete floor. In that split second I had visions of being fired. But Sir Kenneth picked up the lens and said to the guest, ‘See how robust we make our lenses’. He winked his eye and no more was said of the incident.’

Left: Staff enjoy a break in the Ladies’ loos. Courtesy of Margaret Andrews