During the Neolithic Period (4,500-2,500BC), people began to ritualise death and built large stone tombs.  It is believed that the tombs were used to bury important people from their communities and approximately 1600 have been recorded in Ireland.

These tombs are remarkable for many reasons.  Of particular interest are the huge stones (or megaliths) used to construct them.  The megaliths were often carried a considerable distance to the site of the tomb. They were probably transported along rivers and then drawn to the site by rolling them over logs – it would be hundreds of years until the wheel would be used in Ireland.

Archaeological excavations have revealed a variety of artefacts at megalithic tombs.  These have included axe heads, flint arrows, stone beads and pottery. It is thought that these artefacts were associated with death rituals. They may have been buried to help the deceased in the afterlife; or they may have reflected how important the individual was in the community; or they may have been tokens chosen by the community to show their cultural or family bond with the individual. 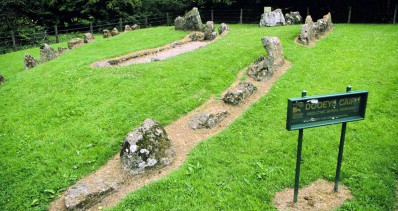 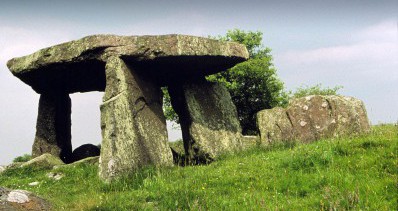 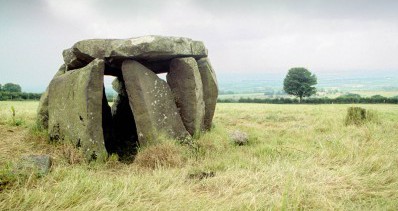