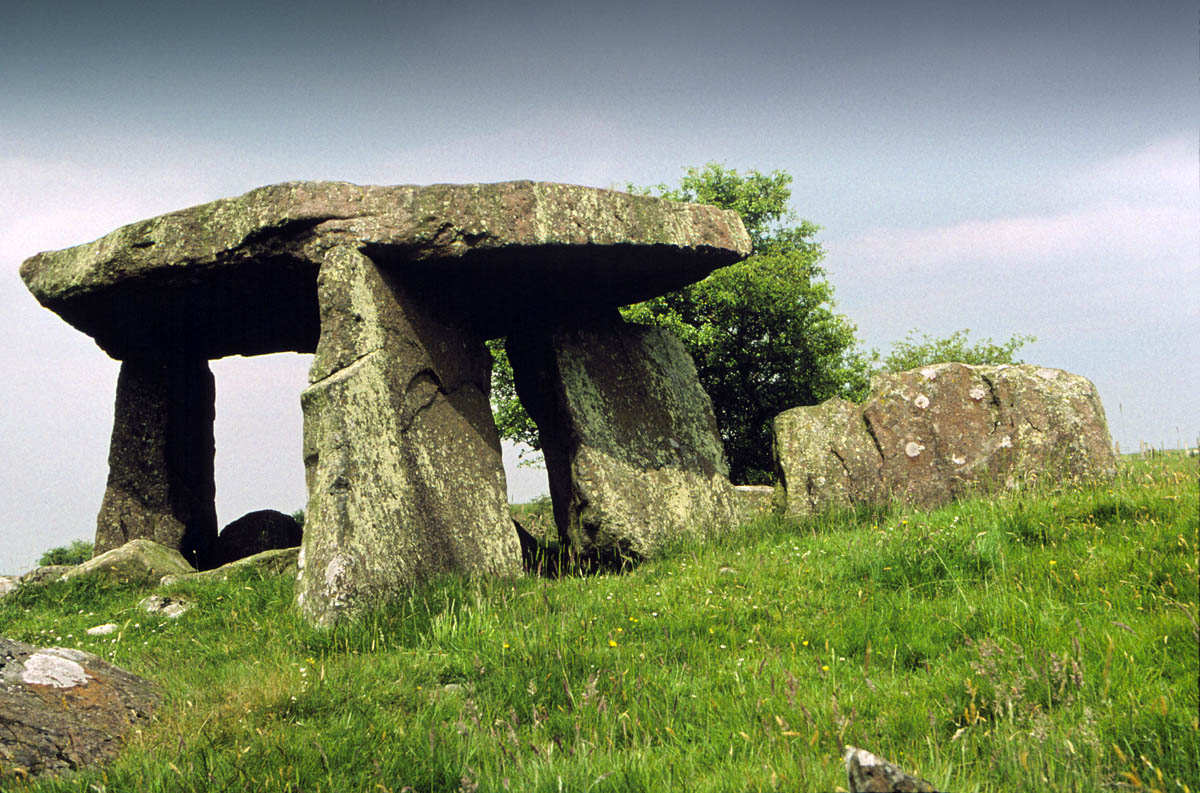 The Broad Stone is a three-chambered court tomb with a shallow semi-circular forecourt. It is situated on the west side of the Long Mountain, near Rasharkin. In the past, it was widely believed that precious artefacts had been buried in the tomb and treasure hunters disturbed much of the ground surrounding the megalithic stones. As a result, in 1883 the tomb collapsed and locals had to rebuild it and reposition the capstone – the reconstructed tomb now more resembles a ‘dolmen’ or portal tomb.

The Broad Stone is maintained by the Northern Ireland Environment Agency. It is on private land and cannot be visited without the landowner’s permission.

Image © Crown copyright. Reproduced with the permission of the Controller of Her Majesty’s Stationery Office