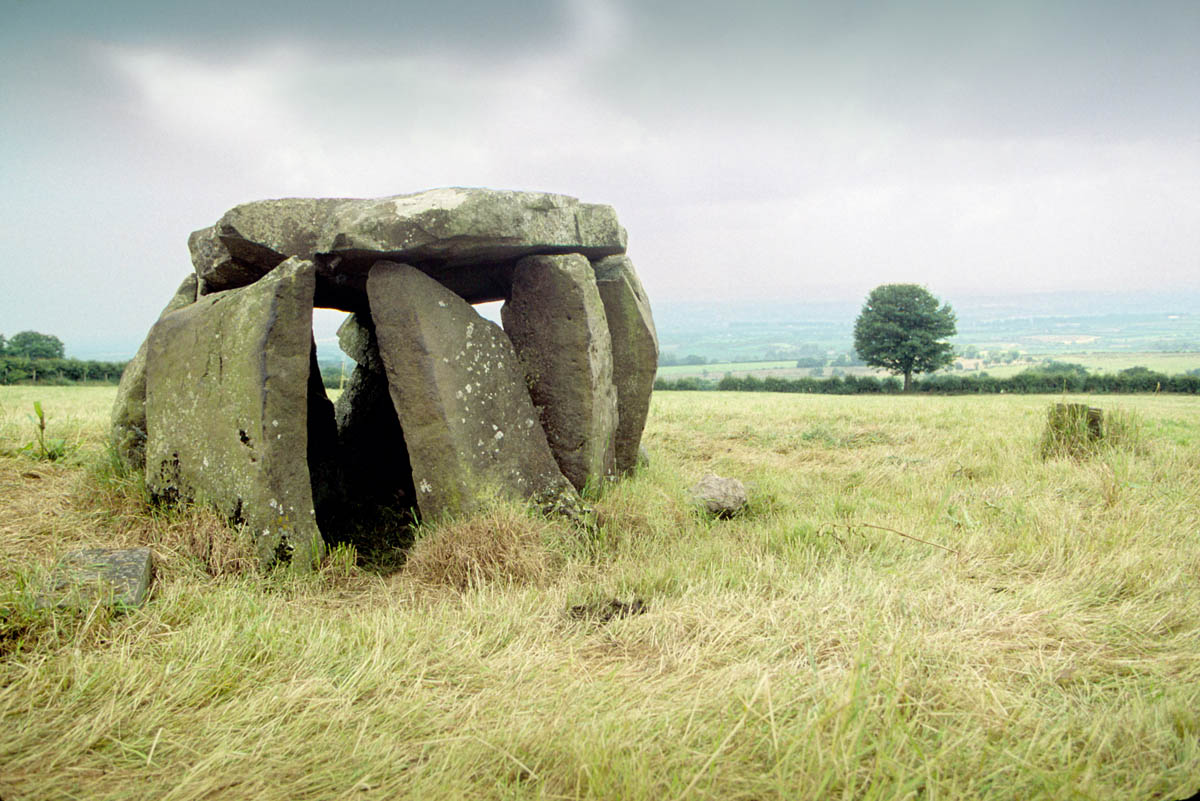 Craigs Dolmen is situated a short distance from the Broad Stone, on the eastern slopes of the Bann Valley. It is a passage tomb, consisting of a single oval chamber, formed by upright stones which support a capstone.

The tomb was previously almost covered with earth, with only the capstone exposed. When the soil was removed to expose the tomb, a cinerary urn was discovered in the burial chamber.

By 1940, one of the upright stones had fallen.  In 1985, this stone was restored, the tomb was reconstructed and an archaeological excavation discovered cremated bone and more pottery.

Craigs Dolmen is maintained by the Northern Ireland Environment Agency. It is on private land and cannot be visited without the landowner’s permission.

Images © Crown copyright. Reproduced with the permission of the Controller of Her Majesty’s Stationery Office