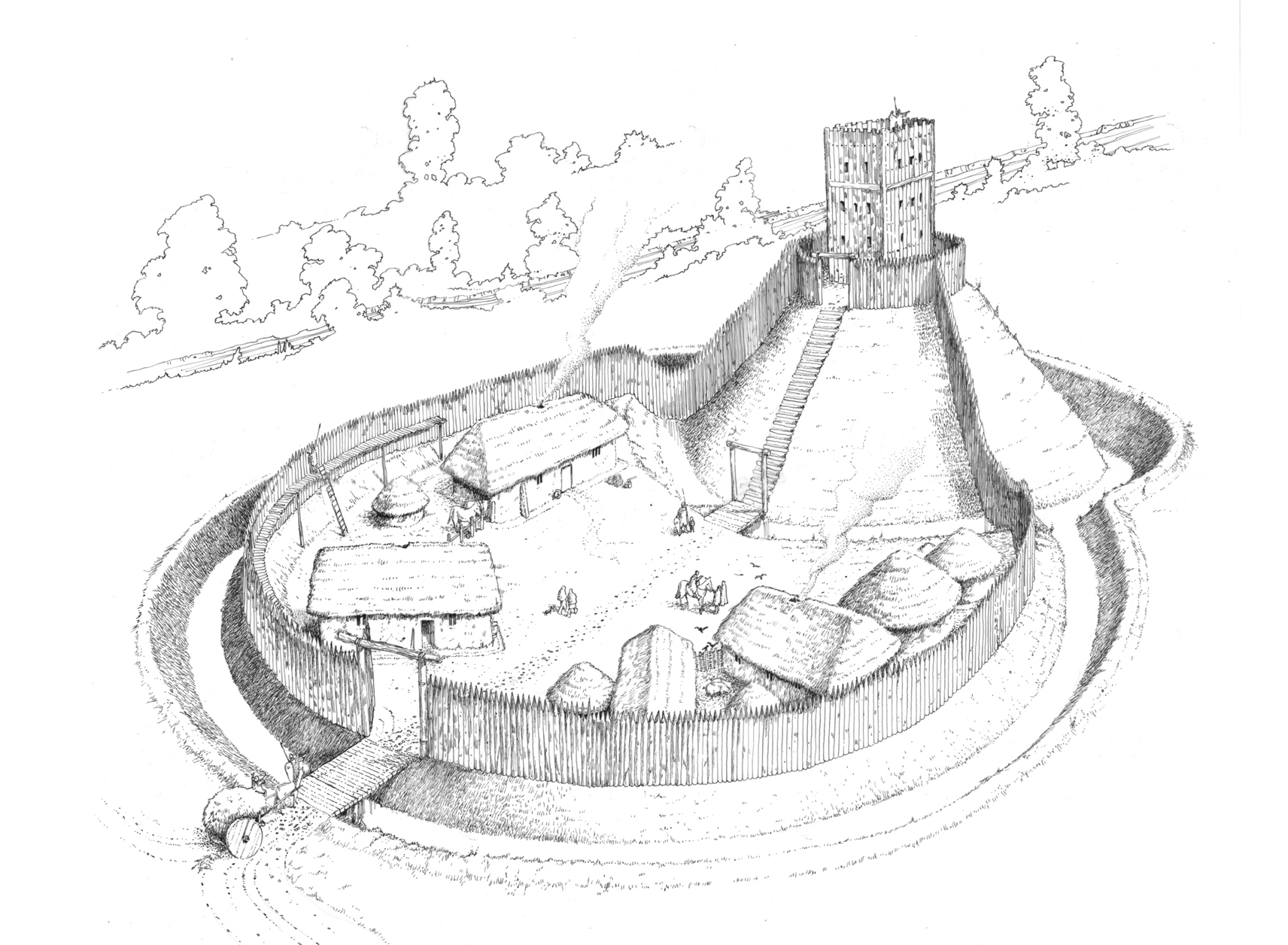 Motte and bailey castles were built by Anglo-Norman settlers in the period after their invasion of Ulster in 1177.  Many of them survive throughout the east of Ireland. While Earls lived in large stone castles, such as at Carrickfergus, their chief tenants, the Barons, lived in these smaller fortified dwellings.

The ‘motte’, was a large mound of earth, with a flat platform on which a wooden tower was erected. A wooden palisade protected the platform. The ‘bailey’, or courtyard, was an embanked enclosure at the foot of the mound where most of the inhabitants would live.

The bailey would probably have contained buildings, e.g. a hall, large chamber, and barns. Relatively few Irish mottes were built with a bailey, unlike those found in England or Europe. Those that do have baileys tend to be situated in regions where the inhabitants where at risk from attack and it is thought they may have had a military function.

Above right: Reconstruction of a Motte and Bailey 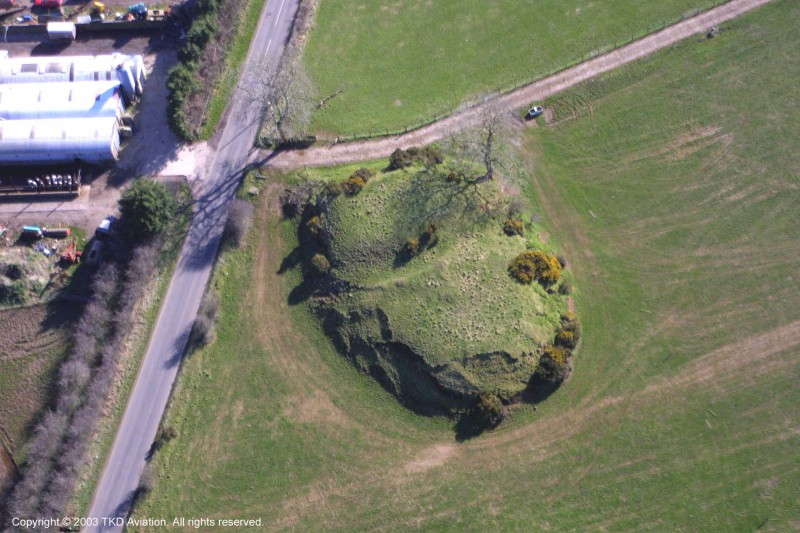