In the 19th century, farming and the linen industry helped to make Ballymoney one of the most prosperous market towns in Ulster.

On market days the town was packed with people.  Produce was sold from stalls that lined the streets and also from the ground floor of the old Town Hall (now the Masonic hall) which originally opened out onto the street.

Every Thursday, the general market sold a wide variety of goods e.g. grain, oatmeal, fish, potatoes, turf, pig carcasses, butter, crockery and earthenware. The cattle market was held on the first and third Thursday of the month, and the grain market was held every Monday, Wednesday, and Friday.

In 1835, Thomas McElderry opened his Market Yard in Market Street.  This allowed all the produce to be sold at a single location in the town, rather than on the streets.

Fairs were held in May and November for the hiring of agricultural labourers and domestic staff. People looking for work were hired for up to six months. Their employer was expected to provide lodgings and meals.  Hiring fairs were a vital part of the rural economy until modern farming machinery reduced the need for manual labourers. 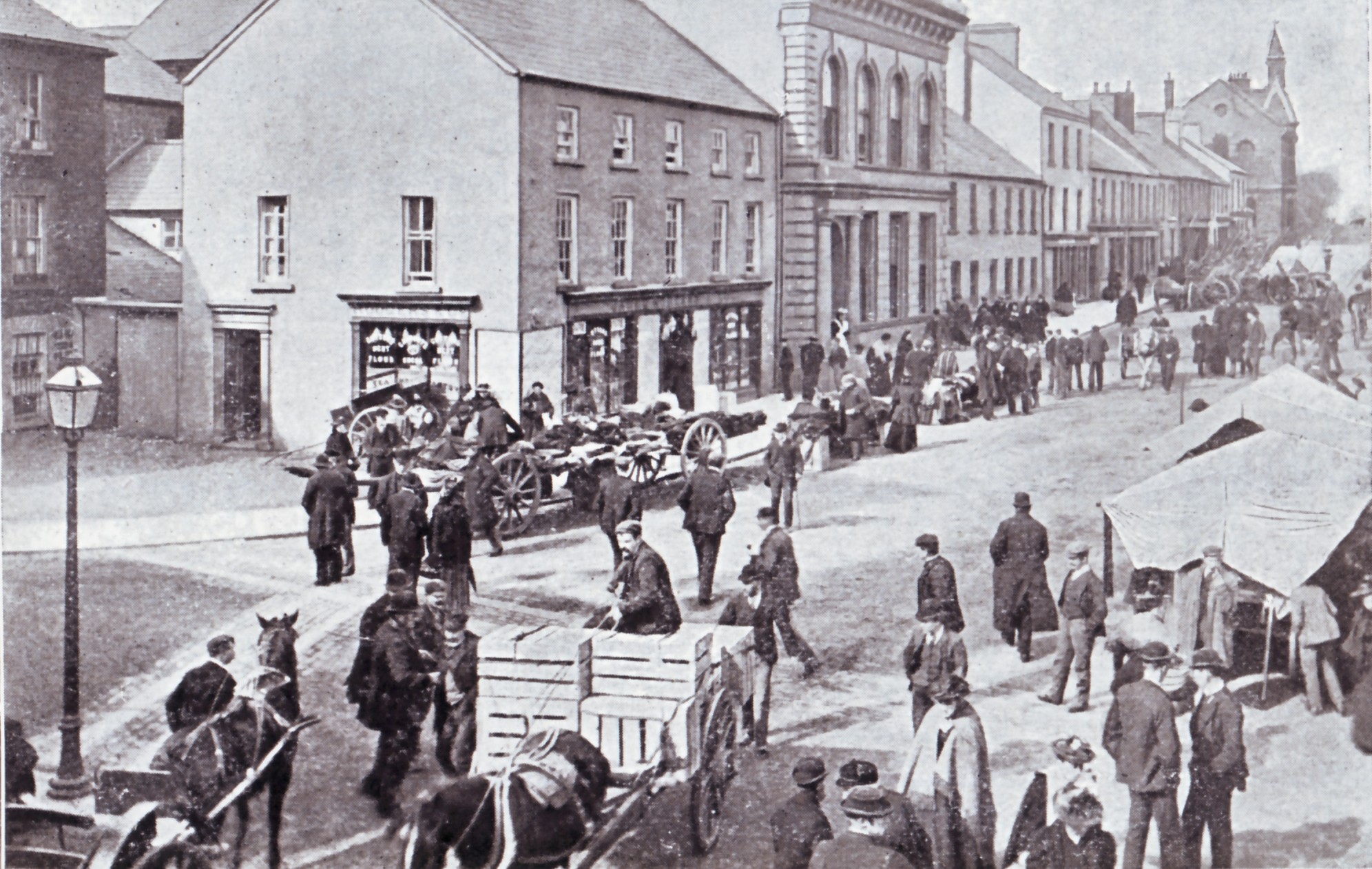