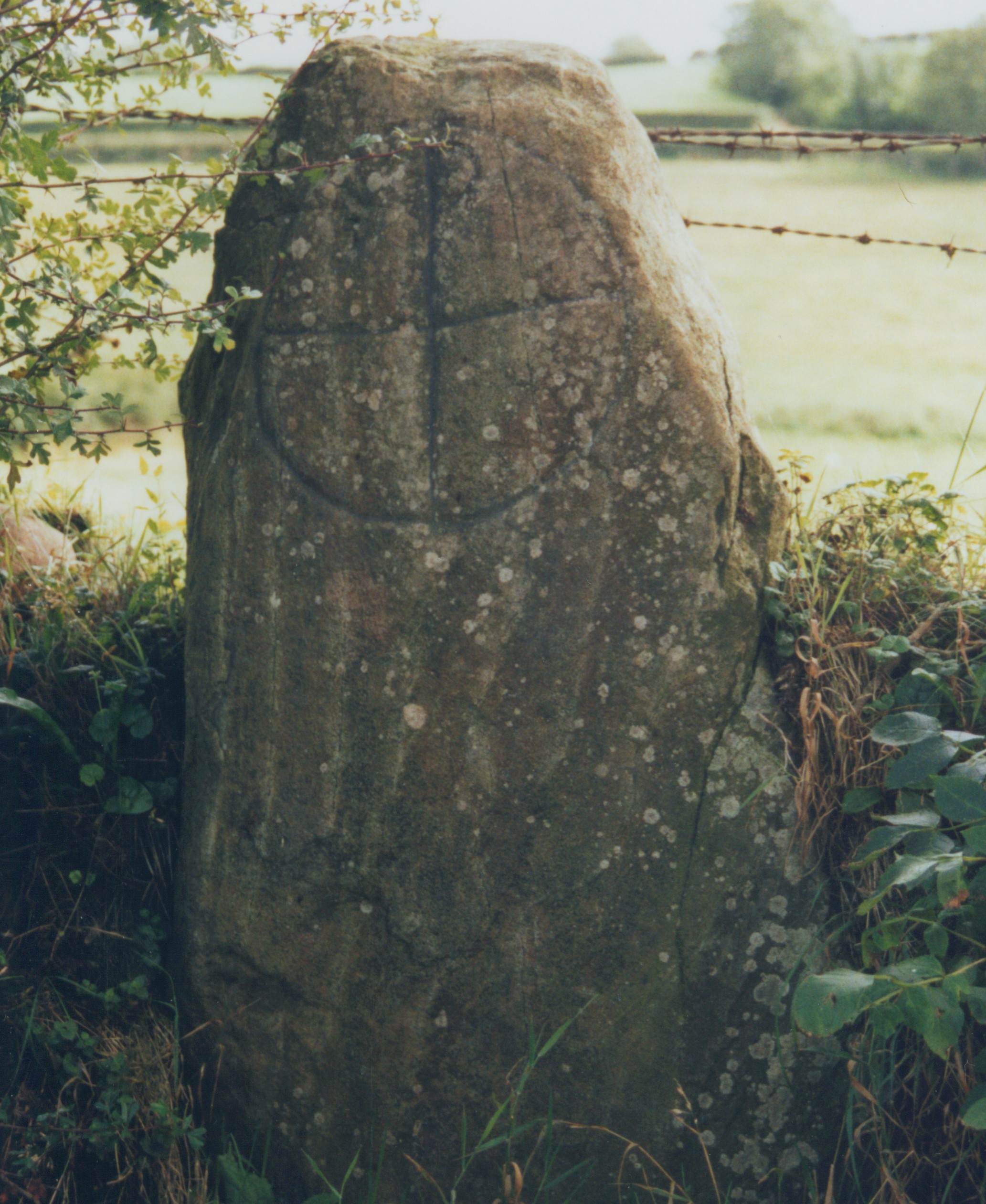 This ancient standing stone is carved on two faces with the symbols ‘Chi’ and ‘Rho’, the first two letters of the name ‘Christ’ in Greek.

Chi-Rho stones are very rare in Ireland and are more commonly seen in parts of Europe. To find this design carved in a local stone demonstrates that followers of the early church in this region had links with Christian communities overseas and knew Greek.

Another quality that makes this stone unique is that the Chi-Rho symbol on its opposite face has been reversed.

The stone is believed to have originally stood on a ridge in a nearby townland, before being moved to its present site.  It is known locally as ‘Old Patrick’.  Local tradition states that it commemorates a visit by Saint Patrick who inscribed the symbol on the stone with the tip of his finger.

The Chi-Rho Stone is on private land and cannot be accessed without the owner’s permission.