In the early 19th Century, Balnamore was one of the largest spinning mills outside Belfast. In its prime, it employed more than 400 people. Despite the harsh conditions, local people who worked there recall it as a good place to work, a place with a strong sense of community.

In 1764, John Caldwell bought a corn mill and 40 acres of land at a place called Harmony Hill, later to be named Balnamore. Caldwell added a bleach works and small beetling mill and was soon running a profitable business.

The mill later came under the control of Joseph Bryan. He installed 400 water-powered spindles and began making strong yarn for sail cloth and canvas.

A village began to develop around the mill, with houses for employees, a shop and a school. In later years, there was even a football team.

The mill was sold to Braidwater Spinning Company Ltd., of Ballymena, who extended it and introduced new water powered turbines. In the 1920s, it was sold again, to Hale, Martin & Co. Ltd.

In the 1930s when the linen industry went into decline, the mill was unable to survive. The mill horn sounded for the last time on 27th February 1959. 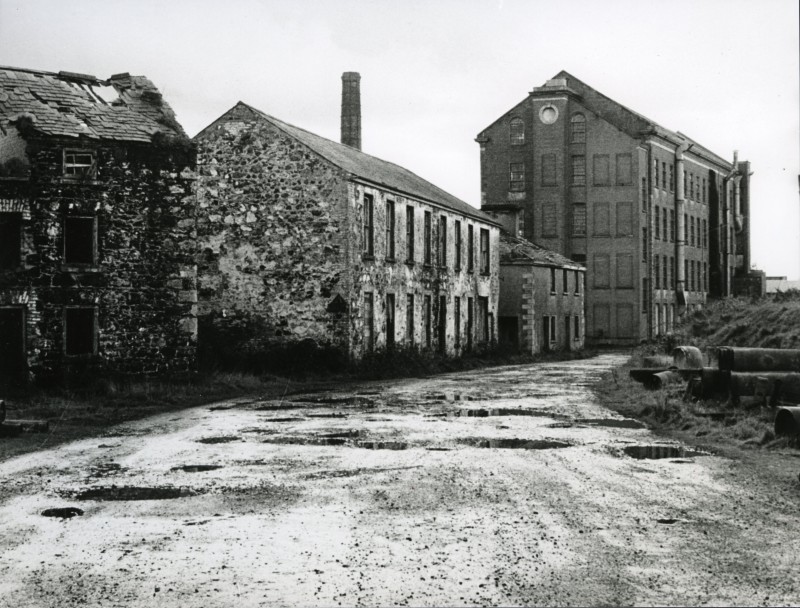 Memories from the Mill

In 2007 Causeway Museum Service worked in partnership with Balnamore Community Group, which involved interviewing former workers. Here are some of their stories.

‘[In 1917] at the age of twelve, I became what was called a half timer. This meant going to school for three days and working in the mill for the remainder of the week … [You] became a full time worker at the age of fourteen. The wages earned were small, in those days, and I collected about 12 shillings, per fortnight.’

‘I enjoyed my time in the mill, but it would’ve been nicer if you hadn’t had to make your own money. You made maybe 3 pound in the week, it wasn’t bad. Some people had better than others; some people had good spinners and good yarn that never broke. You could’ve done twice as much, it just depended.’

‘On a working morning, the mill horn - which on a calm day you could’ve heard for miles around - went at a quarter to eight, the first turn, and then again it gave a repeat call at eight o’clock. You made your way to work, started at quarter past, and then when you went on your break, which was at quarter to one, they sounded the horn again at twenty past one … I know for a fact that people working to farmers in different fields around that they used it as a time clock as well. The Balnamore horn was famous just for letting the people know it was twenty past one.’

‘We had a [football] team in the mill, and Sir William [McCleery] provided us with a pitch, the kit and the use of the mill lorry to travel to away matches. We sat in the back of the lorry and a canvas cover over it and away we went. So that was a luxury, having Balnamore’s mobile for travelling in.’ 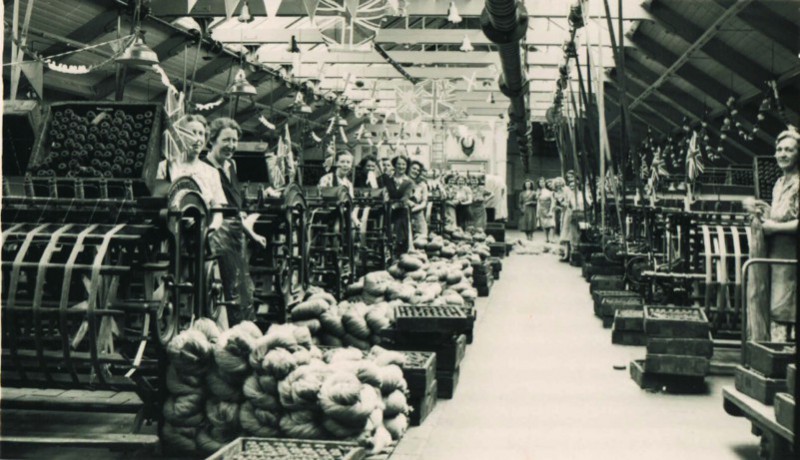