In 1863, the people of Ballymoney began making plans for a new civic building. It was to be known as the new Assembly Rooms and would include a library or reading room, chambers for the Town Commissioners, a public function room and a display area for the town's museum.

In order to pay for the construction, £1,300 was raised by public subscription and a further substantial amount was collected through a fund raising Bazaar.
The building has provided an invaluable service for this community ever since it was opened in August 1866.

By the beginning of the twentieth century, the Assembly Rooms had become known as the Town Hall. By 1932, urgent restoration and repairs were needed and work began on £6,000 worth of renovations. The Town Hall was re-opened by the Honourable Mr. Justice Megaw on Friday, 16 February 1934.

The Town Hall was now fortunate to have a magnificent stage in the main hall, which the local town guide book was later to describe as “perhaps the best small theatre in the Province”. This became the venue for the still popular Ballymoney Drama Festival which was launched within a fortnight of the Town Hall’s official re-opening.

In 2005, the Town Hall was restored once again, with a new museum and tourist information centre added to the rear of the building. It continues to be an important amenity for the entire community. 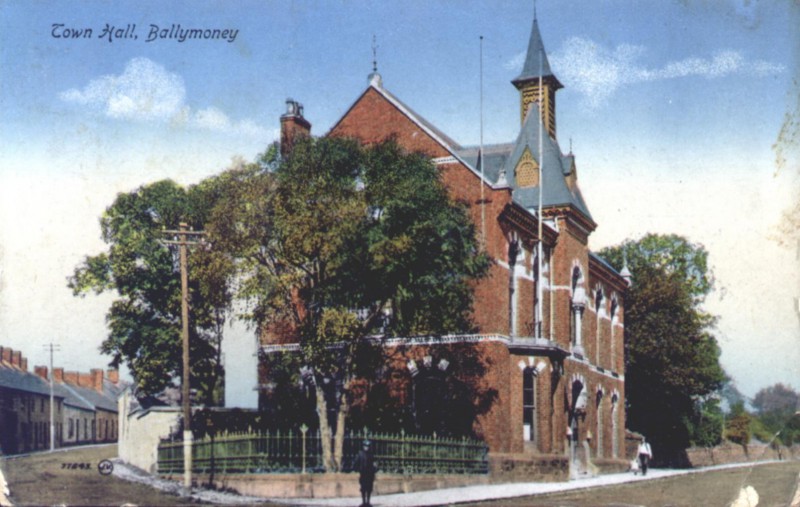