In the design of Arms the College of Arms endeavours to develop a simple, clear and memorable design.

Elements are sought which can communicate more than one meaning.

The shield is divided into four by a diagonal cross or saltire. The top and bottom are blue as a reference to sea and sky; to the right and left the gold refers to beaches, dunes, fields of golden wheat, the distillery and the Broighter hoard.

In the Crest above the helmet and mantling are placed some of the distinctive rocks of the Giant’s Causeway, with emerging from them a heraldic fountain (a blue and white striped roundel), and thereon a gold fish swimming upwards. This design makes reference to the rivers and coasts of the council’s area, to fish, and to the World Heritage Site of the Giant’s Causeway. Also relevant are the Altnahinch Dam, and the blue and white colours are a gentle reference to Scottish connections. The fish being upright gives an optimistic and aspirational atmosphere to the design, again expressing hope and abundance.

For the Supporters: these are granted only to local authorities of borough status and their presence is therefore a mark of distinction. Dragons were used as Supporters of the former Coleraine Borough Council and here the one dragon makes a gentle reference to the history of the area and its connections to London. The Irish Wolfhound balances this reference with one which relates to Ireland specifically. The Supporters have mural crowns which are a traditional heraldic reference to municipality and to borough status. 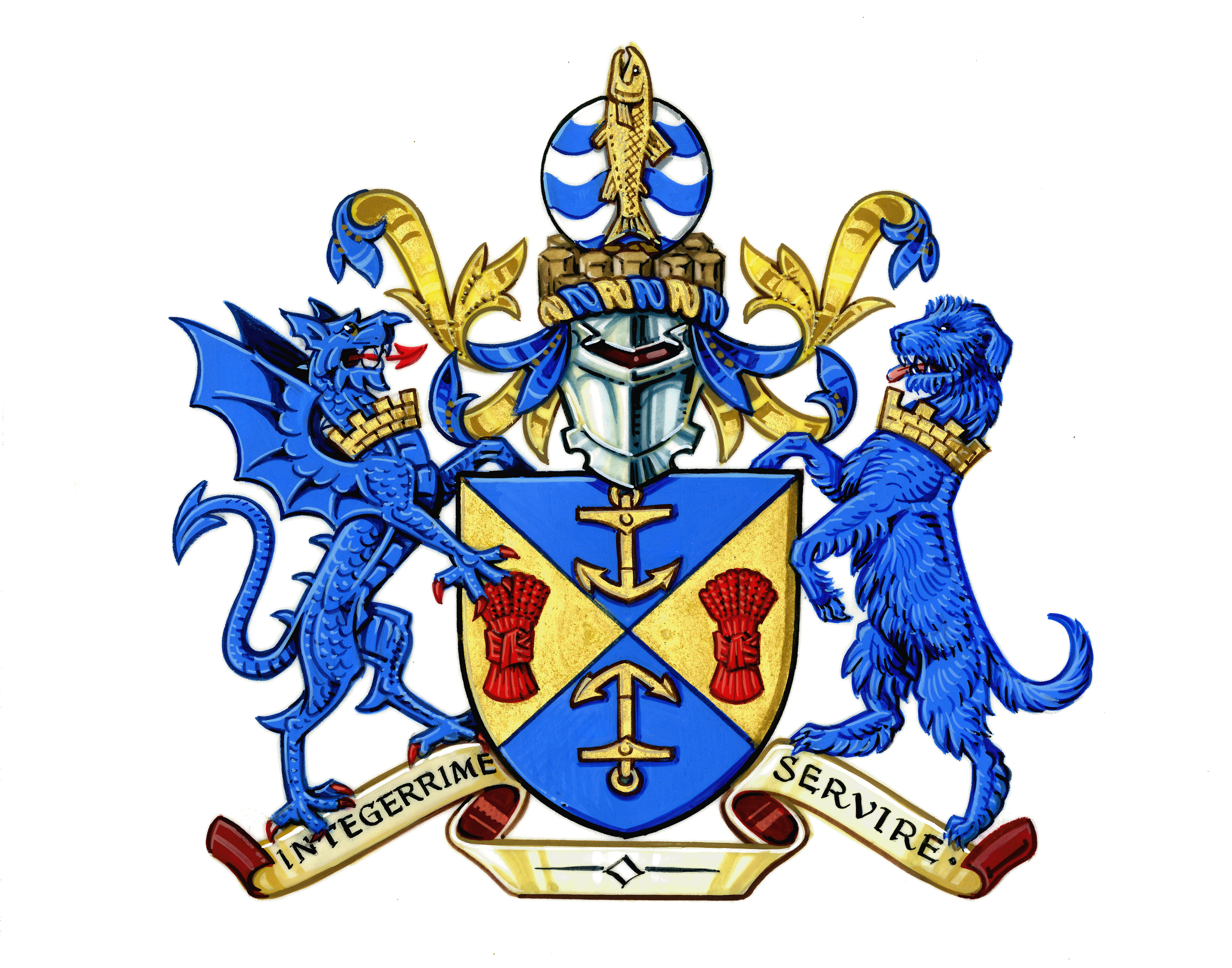