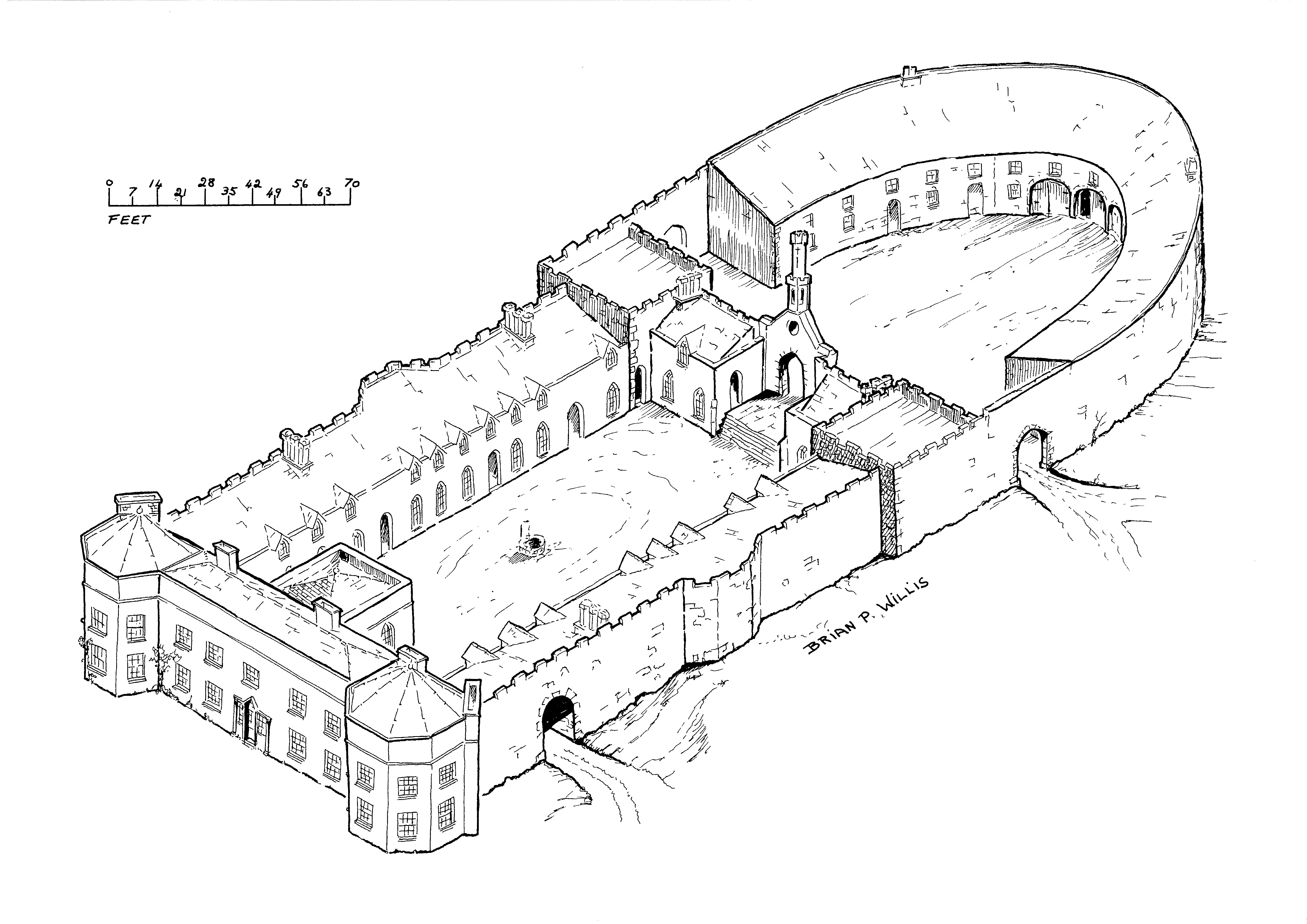 The first castle at Lissanoure was built by Sir Philip Savage in the reign of King John (1199-1216 AD).

The estate was purchased by the Macartney family in 1733 and it was the birth place of George Macartney who became the first British Ambassador to China in 1782.  The Macartney family rebuilt and extended the castle using a mixture of architectural styles - both gothic and classical. Very little of this remains as the castle was destroyed in 1847 by a huge explosion. Caskets of gun powder, stored since the time of the 1798 United Irish Rebellion, were accidentally ignited and the building was left in ruins. Tragically, Mrs. Macartney was instantly killed.

The estate was used to billet American troops during World War II and a prisoner of war camp was built to detain German U-boat crews on their surrender in 1945.

The estate contains the ruined church of St. Mary by the Lake, the graveyard of which contains the Macartney tombs. The offices, and farm buildings dating from the 1780s, have been restored for private functions.

Above right: Lissanoure Castle as it is believed to have looked in the early 19th century

The grounds of Lissanoure Castle are strictly private and are not open to the public.

Click here to find out more about George, Earl of Macartney