The Stranocum estate was originally owned by the Hutchinson family who came from Scotland in the 17th century. It is built in the classic Georgian style and has recently been carefully restored as a private residence.

The Hutchinson family were actively involved in crushing the United Irish Rebellion of 1798. Ironically, while the Hutchinsons were chasing rebels throughout the North Antrim countryside, a gang arrived at the house and stole valuables, firearms, wine and food.

During World War II, the building and outhouses were converted to accommodate child evacuees that had fled from the British colony in Malta.

Close to the house are two Early Medieval ringforts and a souterrain.

Stranocum Hall is now a private residence, and includes a heritage museum that is open to groups by appointment. 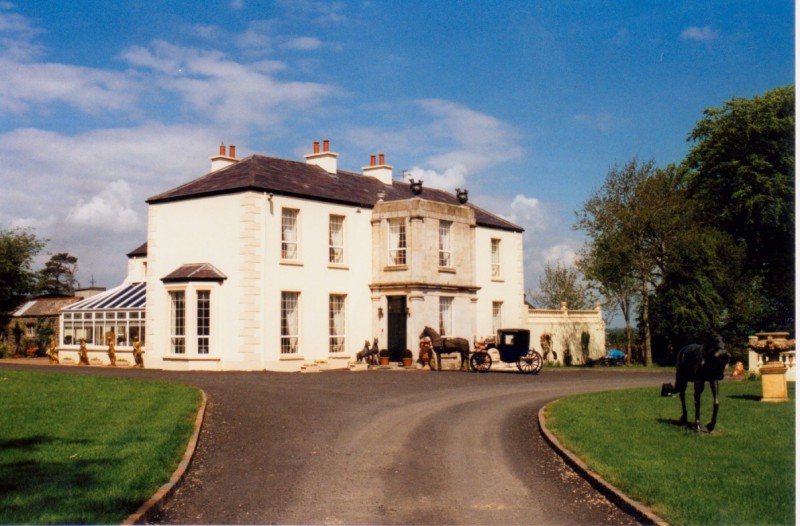