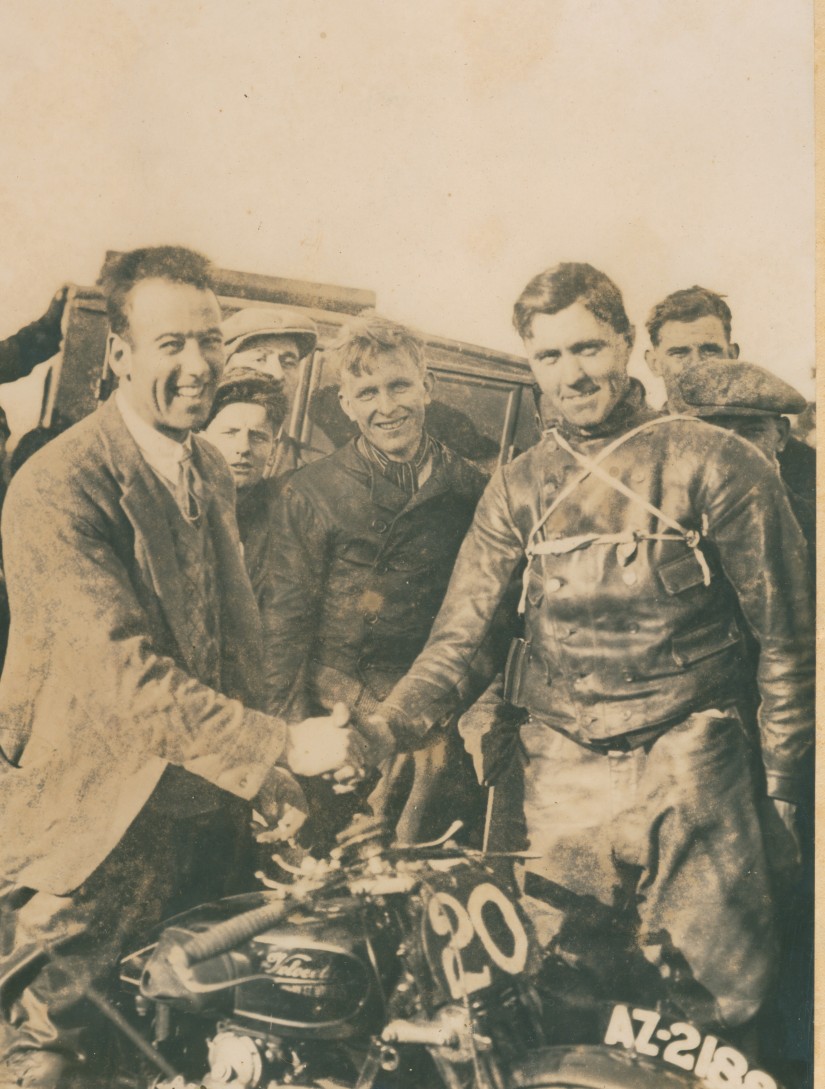 After a decade of locally organised motorcycle races, Ulster sport was changed forever in April 1929 with the first ever North West ‘200’. Staged by the Derry & District Motor Club, the races were a phenomenal success.

Throughout this period, Ballymoney maintained its active involvement in motorcycle racing. It is significant that in 1930, when internal disputes caused a split in the Derry Club, the newly formed North of Ireland Motor Club (NIMC) held their first event in Ballymoney. Later that year, the NIMC took over the mantle of the North West 200 and organised the race over the next three decades. Early officers in the NIMC included former members of the Ballymoney MC&LCC, such as George Ashe.

Since these early days, the people of this region have remained a strong influence on motorcycle sport and maintained the tradition established by these local pioneers.