As motor fever caught hold in Ballymoney, a Motor Cycle and Light Car Club (MC&LCC) was formed. The early members were enthusiastic pioneers who embraced all forms of motor sport, both bikes and cars. The Club had its first event at Magilligan Strand in July 1925. A local journalist reported that:
“Excellent sport was witnessed, despite a strong wind and the atrocious condition of the sands. There has seldom, if ever, been a Magilligan meeting where such good sportsmanship and order prevailed among the competitors and spectators alike, the contestants being given ample room on the turns, thereby preventing any serious spills.”

In the years that followed, Ballymoney MC&LCC held social events, such as dances, in the Town Hall. At these grand occasions, the top riders were presented with a selection of impressive trophies, donated by the Club members and local businesses.

Family connections to the original members of the BMC&LCC can still be found in the local area. Clifford McLean (the celebrated bike photographer) John Henry (local bowls champion) and Ulster Unionist MP John Burnside all remember their fathers taking part in the Club's events. 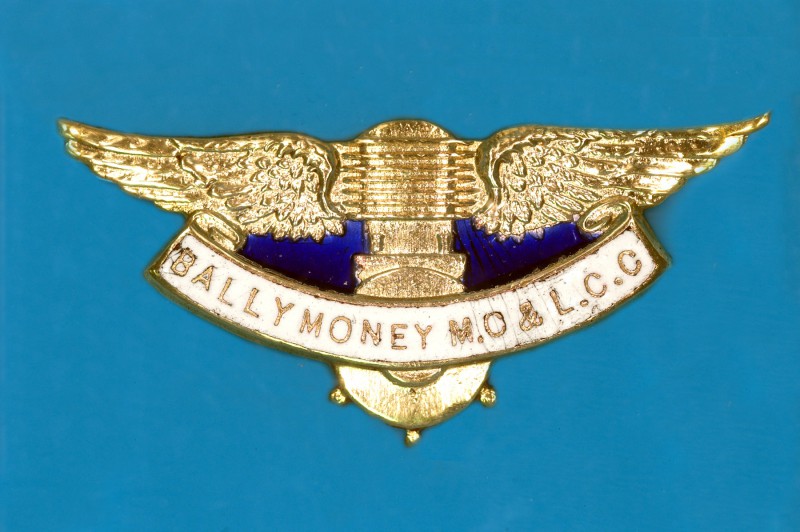