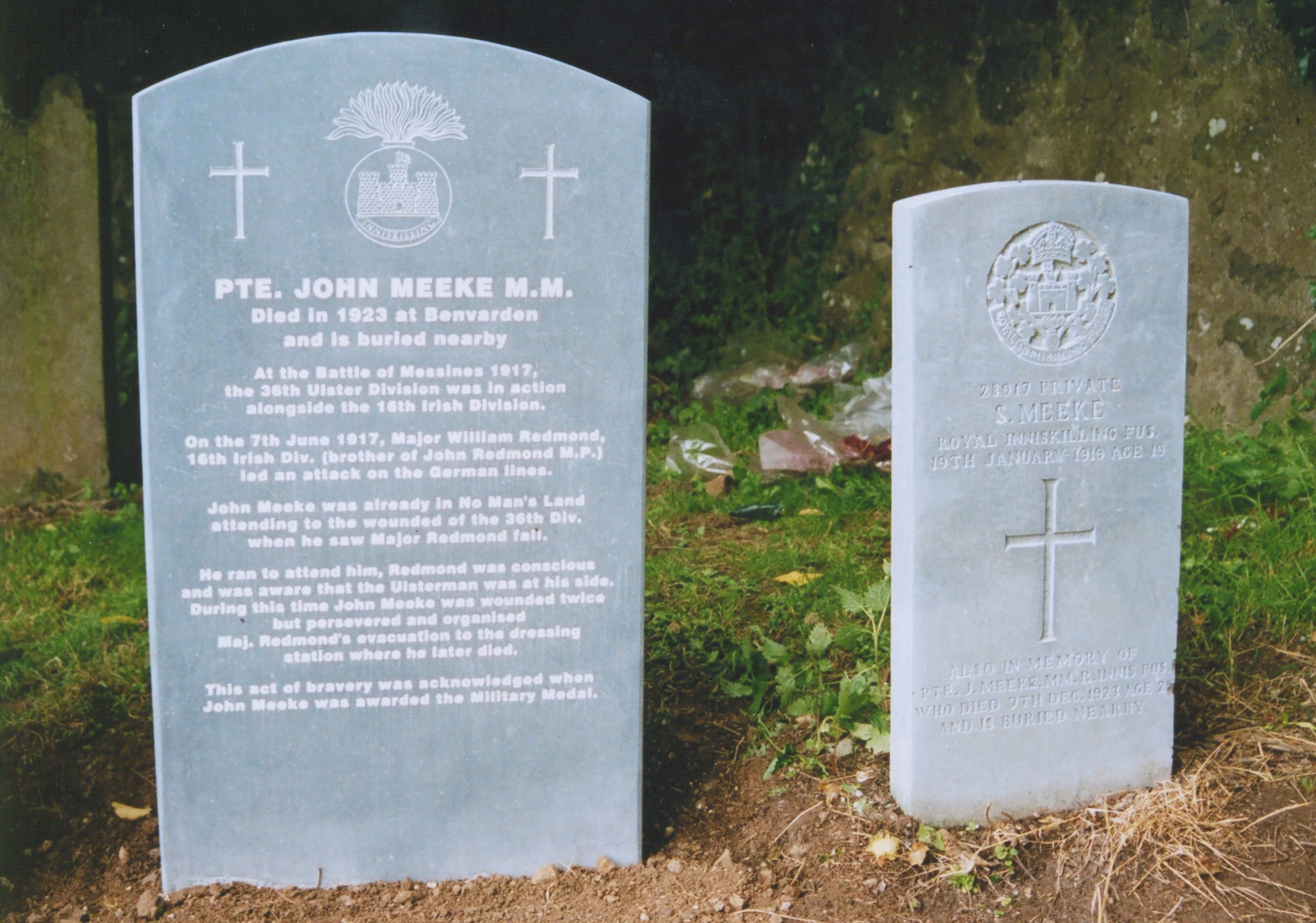 The church at Derrykeighan was founded by St. Colman in the fifth century. In 1831, the church was in need of repair but some of the congregation, wanted to build a new place of worship in the nearby village of Dervock.  Late one night, a mysterious explosion destroyed the building and, left with no choice, the congregation moved to Dervock.

United Irishmen Francis McKinley and William Dunlop were buried here following their execution for their part in the ill-fated rebellion of 1798.

John Meeke MM (military medal), a World War One hero, is also buried in the graveyard.  Meeke risked his life to save William Redmond, a famous Irish Nationalist MP, who had been injured on the battlefield. (Above right) 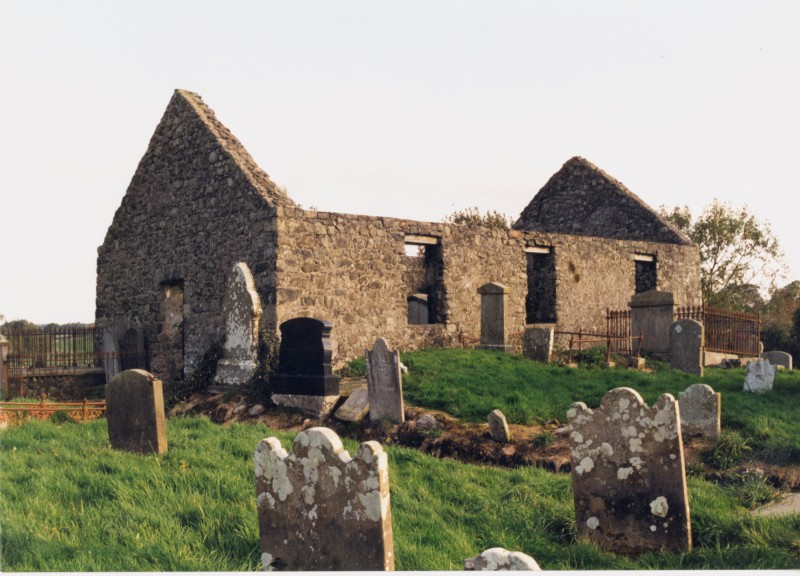