Marking a century since Northern Ireland’s inception on May 3rd 1921, Council has created a wide range of initiatives including civic events, exhibitions, tree planting and an interactive documentary series developed in partnership with Ulster University.

Launched against the iconic backdrop of the Giant’s Causeway, Northern Ireland’s only World Heritage Site, the once-in-a-life anniversary encourages us to ‘Glance Back, Look Forward’ while showcasing Causeway Coast and Glens’ unique achievements, people and places.

The Mayor of Causeway Coast and Glens Borough Council Alderman Mark Fielding said: “As Mayor of the Borough I am honoured to introduce our NI 100 programme of events on the occasion of Northern Ireland’s centenary. As a Council we want to mark this important date by focussing on our Borough and its place within Northern Ireland. We have a rich past and generations of people who have made an enormous contribution to all facets of life throughout the past century and into the present day.

“We’re proud of where we live and we want to showcase this through our programme of events which will take place between now and the end of the year.”

Councillor Knight McQuillan added: “The development of our NI 100 initiative has brought together all aspects of Council to create a varied programme which we are delighted to share with you today.

“This week, the Mayor will plant a native oak tree in each of our District Electoral Areas with further community tree planting planned for later in the year. There’ll be online exhibitions, including one which will shine a light on 100 of the Borough’s famous sons and daughters and another featuring our Good Relations creative arts competition. Commemorative coins will be presented to the centenarians of 2021 while we’ll also be recognising those organisations or businesses in the Borough who celebrate their 100th anniversary this year.

“We also want our communities to get involved by holding their own activities and projects which Council will support through our NI 100 Small Grant Programme. It remains open until noon on Wednesday 5th May so please get your application in.”

“It is our aim to build a shared understanding of our collective history in a way that can build good relations and I would encourage all of our residents to engage with the programme to help us achieve this.”

Later this month, the Freedom of the Borough, Council’s highest civic accolade, will be bestowed on Royal Portrush Golf Club in recognition of its successful hosting of The 148th Open in 2019.

The programme of events will run throughout 2021 with other highlights including an Eat Local Celebration in association with Taste Causeway which will celebrate our thriving local food sector, the installation of a commemorative stained glass window in Coleraine Town Hall and an interschools event which will celebrate the unifying power of sport. 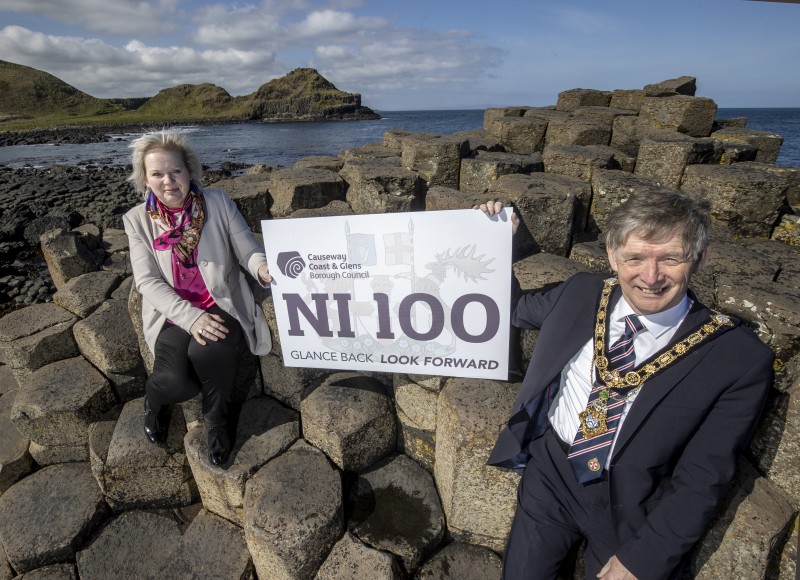