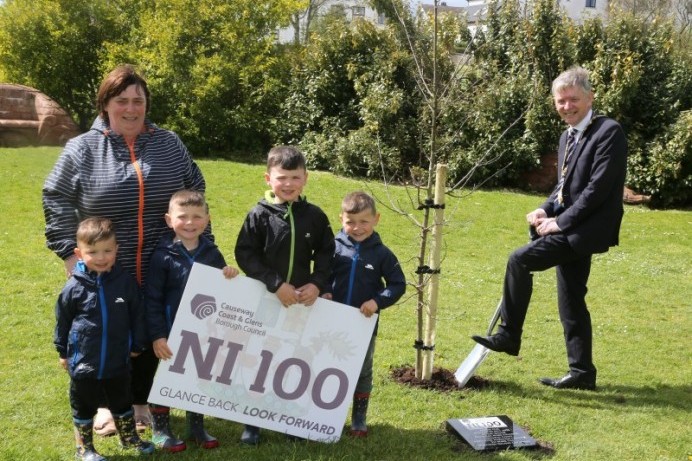 The Mayor of Causeway Coast and Glens Borough Council has welcomed the launch of Council’s NI 100 programme to coincide with Northern Ireland’s 100th anniversary.

He added: “This week has seen the launch of Council’s NI 100 commemorations with a special church service at St Patrick’s in Coleraine. This offered us an opportunity for thanksgiving and reflection on 100 years of Northern Ireland.

“Our programme of events marking the anniversary has now been announced, with Council creating a wide range of initiatives, civic events and exhibitions which will take place between now and the end of the year.

“A highlight is an exhibition of 100 Famous Sons and Daughters of the Causeway Coast and Glens, which is now available to view online. Nominated by the public, these are people, past and present, who have made enormous contribution to all facets of life.”

Earlier on Tuesday, the Mayor visited all seven of the borough’s District Electoral Areas where he planted a native oak tree as a lasting reminder of the anniversary for future generations.

Speaking at the meeting, he also took the opportunity to offer his congratulations to Northern Ireland’s women’s football team who recently qualified for the Euro 2022 finals, paying a special mention to local players Lauren Wade and Chloe McCarron.

During the Council meeting, members ratified the following decisions:

Establish a LiveSmart Community Environmental Grant Programme for community and voluntary organisations with a total budget of £10,500. The scheme aims to give financial assistance to improve general cleanliness in local areas, particularly in respect of litter, promote recycling, reuse and waste reduction and look at ways of reducing carbon footprint by through simple, practical actions

During the meeting, members also voted in favour of an amendment from Councillor Cara McShane to increase resources aimed at keeping the Borough clean and litter-free.

Continue a partnership with Trustees of Garvagh Museum for a four year period and provide support of £10,000 per year.

Members also agreed to a proposal from Alderman Norman Hillis that Council does not sell four acres of land at the Dunluce Centre in Portrush and that it remains as amenity land in the town.

Further details about the meeting are available here

As per normal Council procedures, all decisions are subject to the ‘call-in’ process.

You can keep up to the date with the very latest news and announcements from Causeway Coast and Glens Borough Council by following us on Facebook and Twitter. 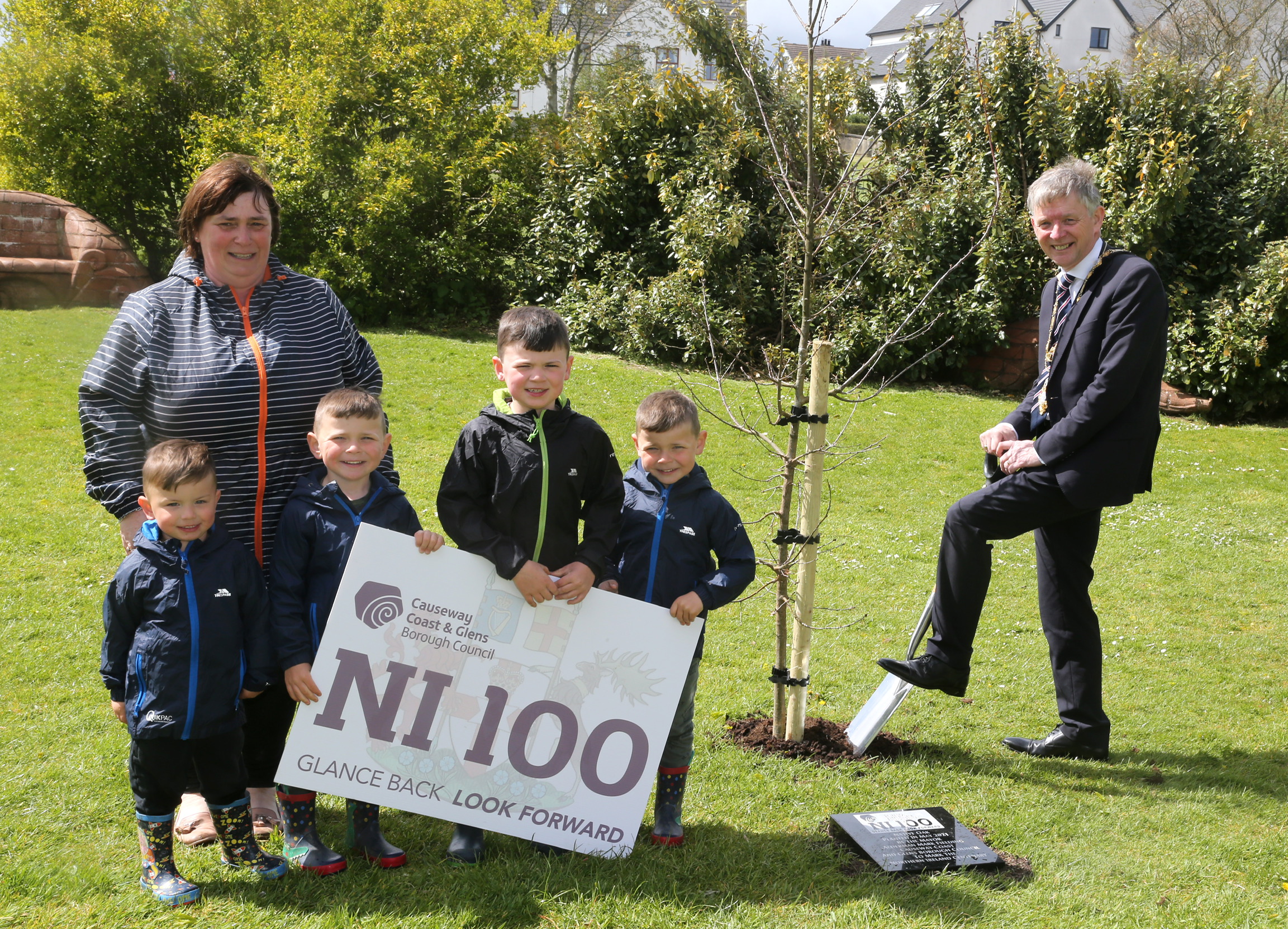