The Mayor of Causeway Coast and Glens Borough Council has presented Coleraine Rugby Club with a special civic gift to mark its centenary.

Alderman Mark Fielding met with representatives recently to present the token of congratulations as part of Council’s NI 100 programme.

Speaking afterwards, he said: “Coleraine Rugby Club has a proud history in the town over the past 100 years and I was delighted to have this opportunity to mark their centenary.

“The Club has greatly developed and evolved over the past century and is now home to Coleraine’s hockey and cricket teams as well, making it an important part of the town’s sporting community.

“2021 marks a century of achievement and history and as Mayor of the Borough I offer my congratulations to everyone involved in its continued success.”

Andrew Hutchinson, President of Coleraine Rugby Football, Cricket and Hockey Club, said: “This year is the centenary of our club, with the first ever game of rugby against City of Derry played in October 1921. We are very proud of the heritage of the club and the integral part the club and its members have played in the town of Coleraine over the years.

“The club today is a thriving community sports club catering for rugby, cricket, hockey and table tennis across all age groups, for ladies and men, and open to everyone in the community.

“We are pleased to say that we have had a strong relationship with the local council over the years and it gave me great pleasure to receive the certificate celebrating our centenary from the Mayor, Alderman Fielding on behalf of Causeway Coast and Glens Borough Council.” 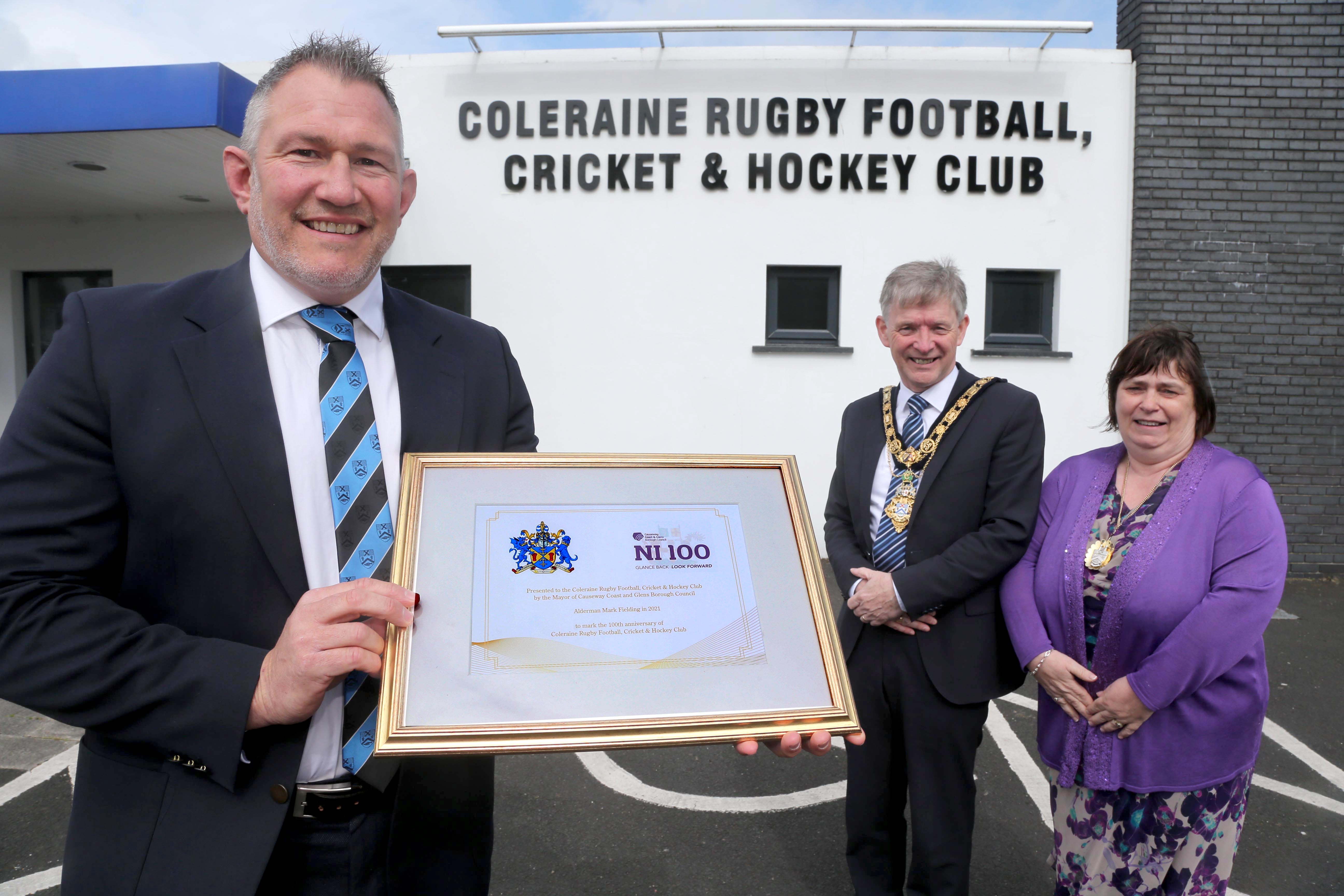 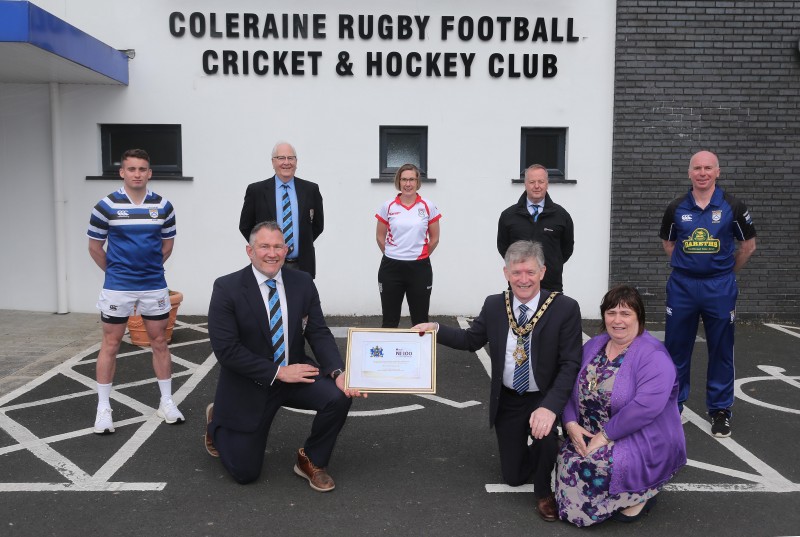