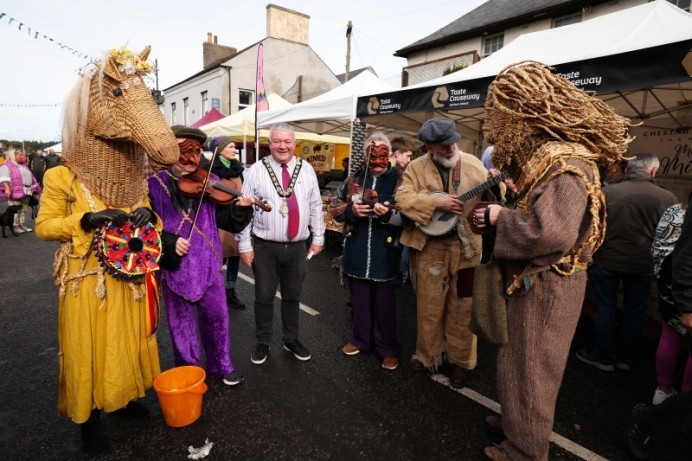 The Bushmills Salmon & Whiskey Festival is a Giant Taste Sensation

The Bushmills Salmon & Whiskey Festival made a welcome return to the village over the weekend.

What started as a community festival many years ago is now a not-to-be-missed showcase which celebrates the Causeway Coast and Glens reputation for foodie excellence and provenance.

The Mayor of Causeway Coast and Glens Borough Council, Councillor Ivor Wallace was among those who enjoyed the two-day event. Speaking afterwards, he said: “This festival brings together local food and drink and the heritage of Bushmills, and I would like to thank Taste Causeway and the Bushmills Business Association for embracing our vision, and I congratulate them on the Taste Trail that was so well received by residents and visitors.

“We know that the Causeway Coast and Glens is a great food destination and events like this give us a platform to showcase our products and producers to a wider audience.   It was encouraging to hear so many different accents around the village and to see the shops, stalls, restaurants and cafés so busy on a weekend in mid-October.  Extending the season and generating additional revenue for our trade is a key objective for our tourism events.

“The success of this year’s Bushmills Salmon & Whiskey Festival lays the foundation for the future, and I am convinced that it will continue to grow in reputation and become a highlight on the events’ calendar, not just in the Causeway Coast and Glens, but in Northern Ireland and beyond.”

The event began with the much coveted Dine Around Bushmills on Friday 14th October. Those lucky enough to get tickets gave rave reviews for the local food and drink tour experience that included stops at Bushmills Distillery, Maegden, Palmer’s Mill, Market Square and Tartine, for food, drink, entertainment, and lots of craic.

Saturday was all about the village’s independent shops, bars and restaurants and the Bushmills Taste Trail.  Customers were treated to tastings and samplings up and down Main Street while enjoying the in-house live music that added to the ambient atmosphere.  Festival specials and whiskey flavoured ice cream and cocktails were the order of the day.

Cam and Bert kept the crowd entertained as they queued for the incredible toasties and hot chocolate at Maegden, North Coast Smokehouse salmon, pepper and sea salt were in high demand at The Designerie while Wendy Gallagher from Causeway Coast Foodie Tours shared her knowledge and expertise at the Visitor Information Centre.

Alongside this, there was lots to see and enjoy at the Salmon Fishery and Bushmills Distillery.

The Taste Trail continued on Sunday, complemented by outdoor cooking demos by celebrated local chefs.  Niall McGinn from Dundarave Estate showed visitors how to use coffee with steak and the ever-hardworking Gary Stewart demonstrated why his seafood chowder is a regular award-winning recipe.

The inimitable Paula McIntyre showed off her skills with two demonstrations amid the many food vans and their festival specials, including The Lamb Van, Broughgammon Farm and The Peckish Pony.

Naturally North Coast & Glens Artisan Market took over Main Street with their food, crafts, art and local producers stalls all adding to the festival atmosphere while over at Millennium Park, the lively String Ninjas took to the main music stage, followed by Grainne Duffy.  The falconry and bird displays proved very popular and there were foraging walks and bushcraft activities for those interested in getting closer to nature.

Catch up will all the images from the weekend on Facebook at https://www.facebook.com/CausewayGlensEvents 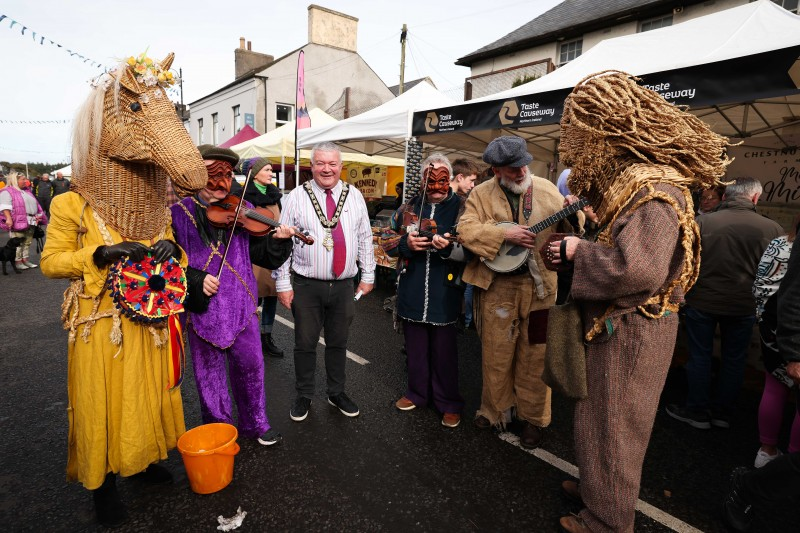 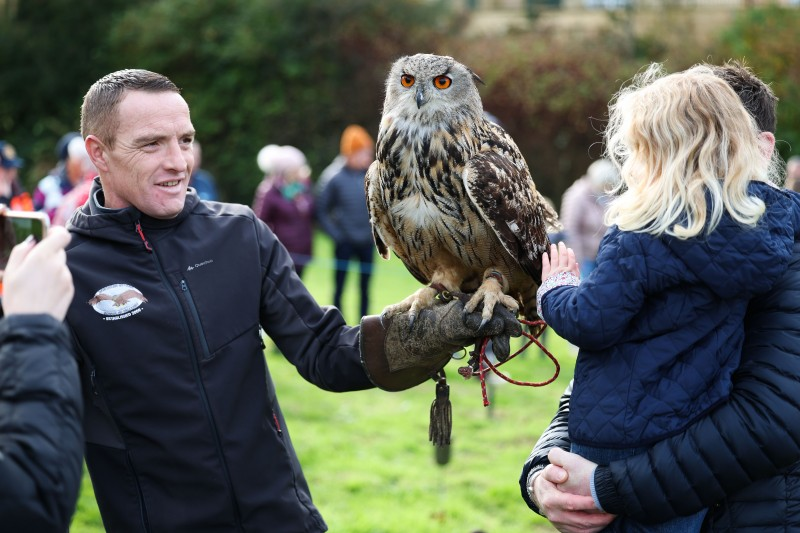 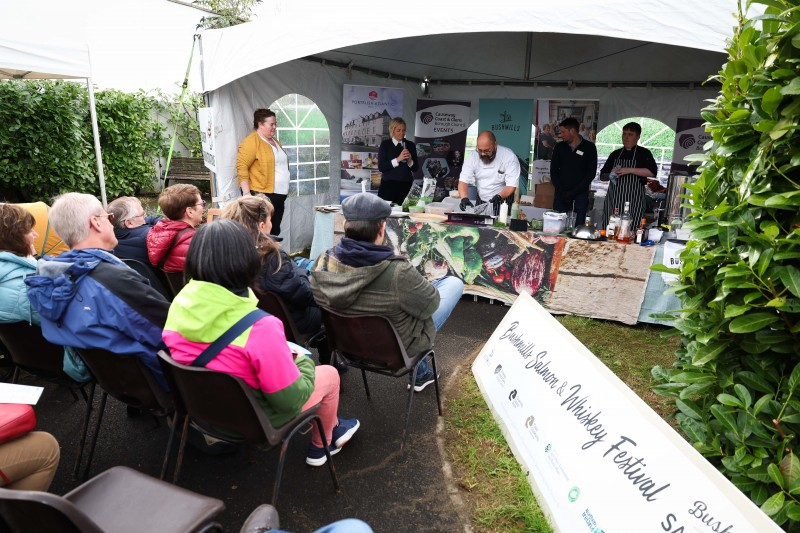 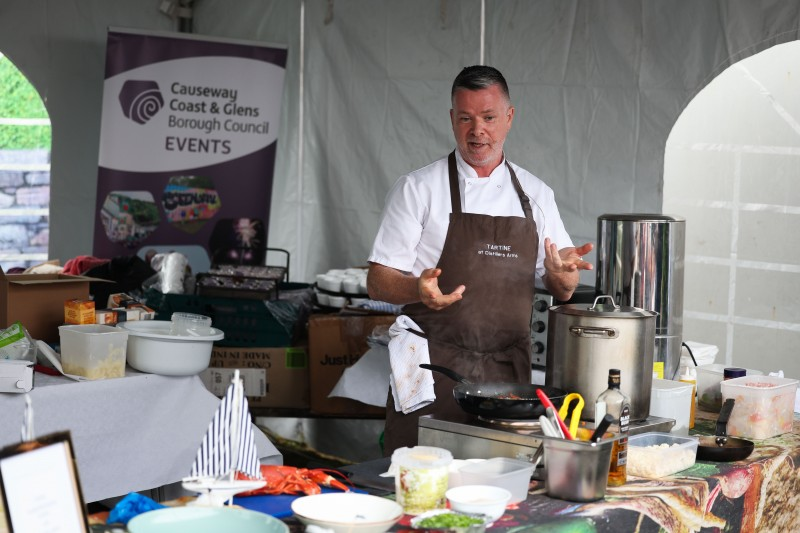 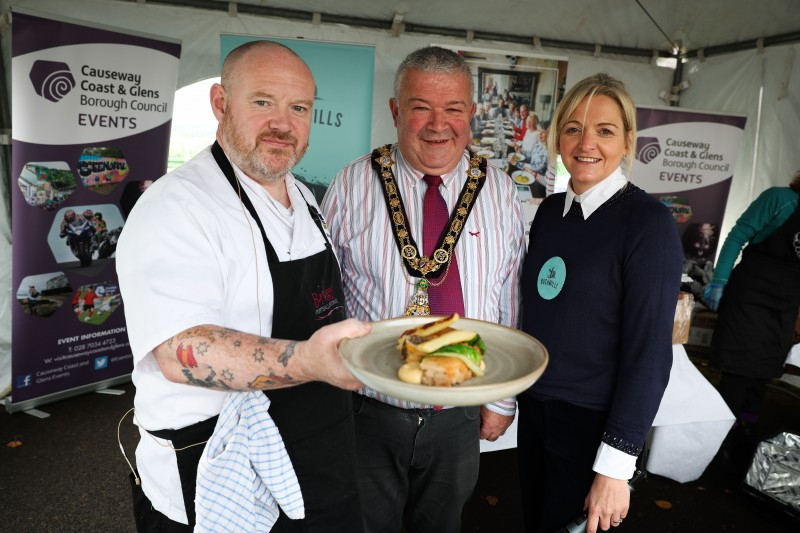 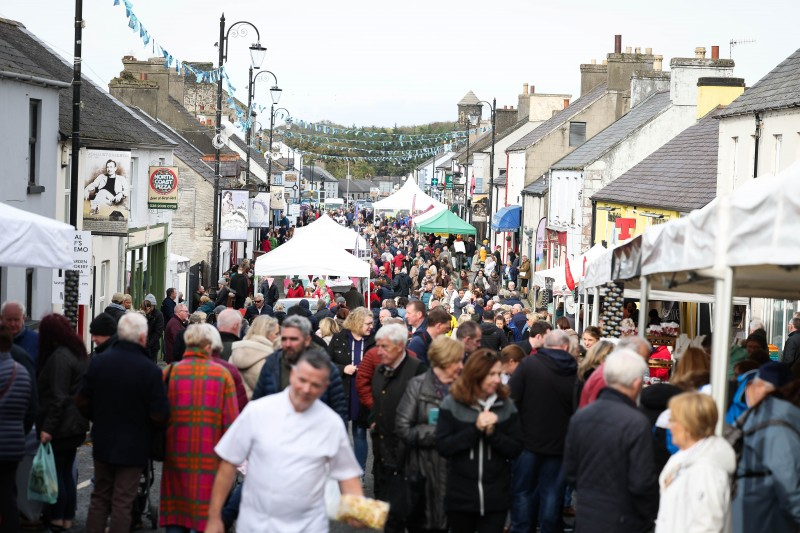 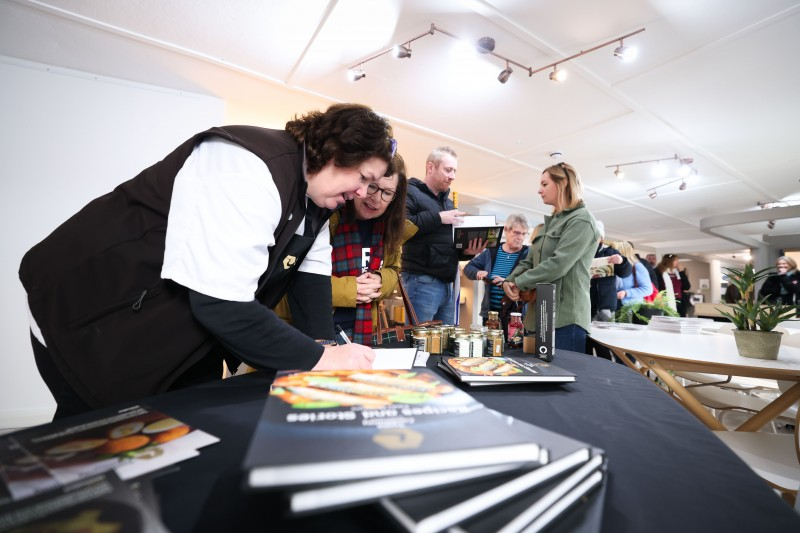 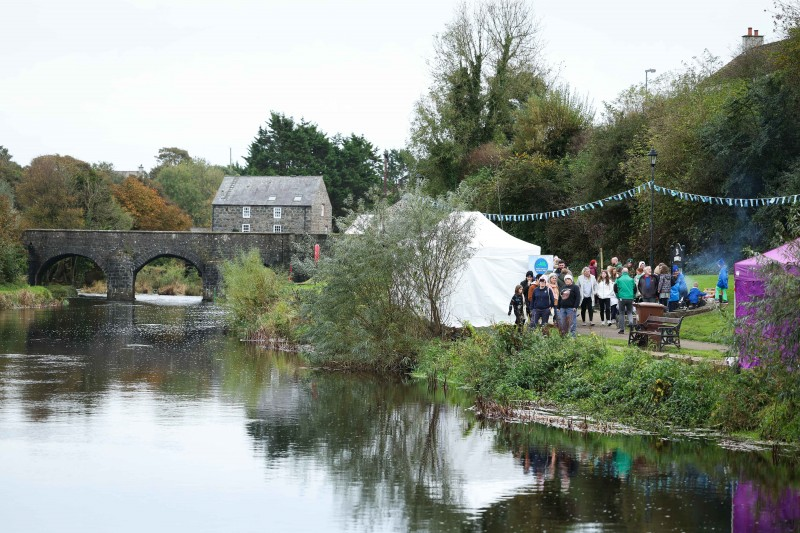 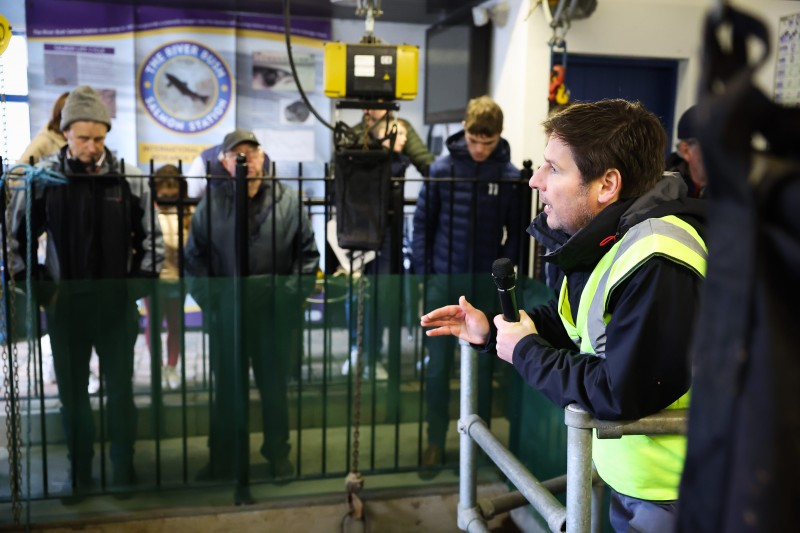 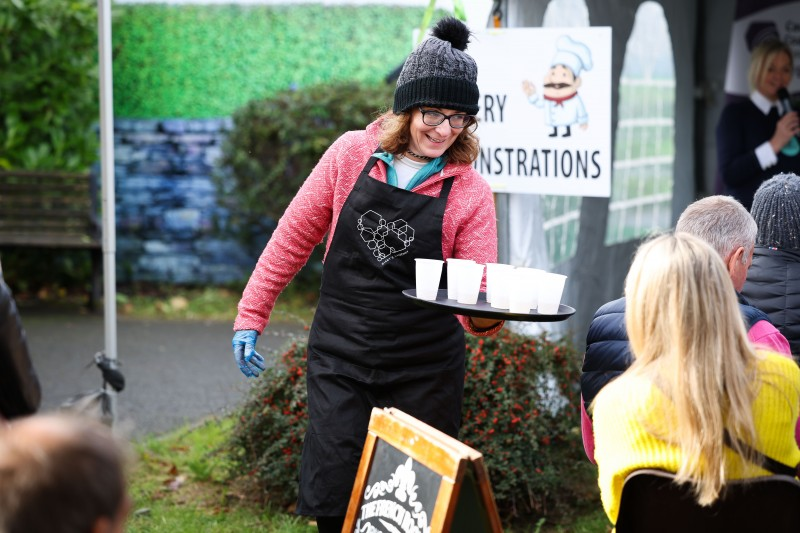 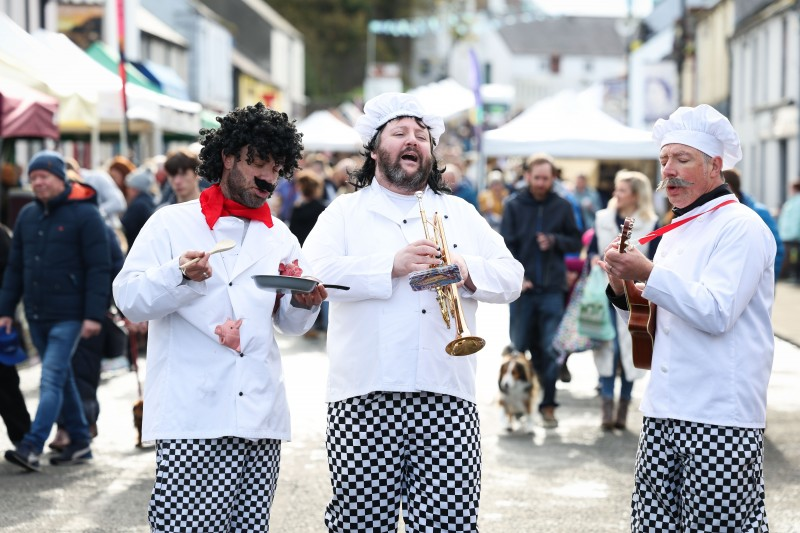 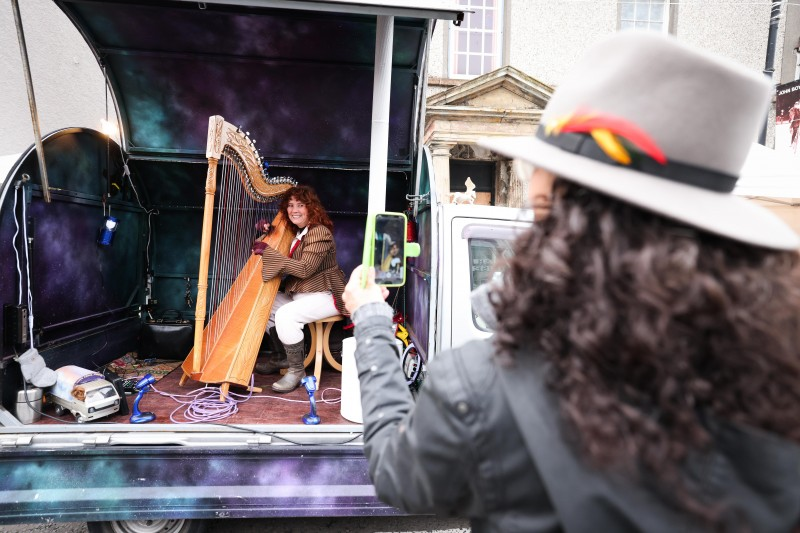