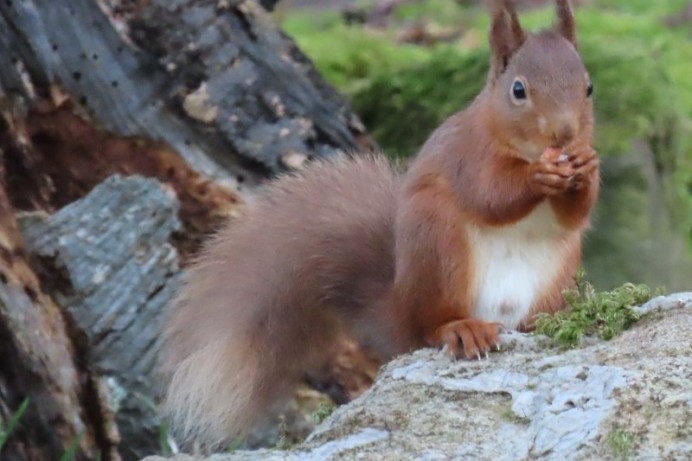 Members of the Glens Red Squirrel Group have met with the Mayor of Causeway Coast and Glens Borough Council to discuss their conservation work in the area.

The group is committed to preserving and enhancing the red squirrel population in the Glens, while raising public awareness about its importance to our landscape.

Last year, they received national recognition when member Gerard McCaughan was presented with the prestigious Volunteer of the Year award from UK-wide charity, the Red Squirrel Survival Trust.

Speaking after their meeting, the Mayor, Councillor Ivor Wallace, said:

“Since 2008 the Glens Red Squirrel Group have been doing fantastic work to ensure the future of our much-loved red squirrel population.

“By providing feeding stations, undertaking monitoring work, and operating a dedicated phone line for reports of reds and greys, they play a key role in protecting our native species.

“I would like to congratulate the group for all they have achieved so far, with special credit to Gerard McCaughan on his much-deserved award from the RSST.

“We are very fortunate that this part of our Borough remains a sanctuary for red squirrels, but this simply wouldn’t be possible without the diligent work of these volunteers.

“I want to commend the role they play in educating the public, as this engagement work is helping to make a big difference to the red squirrel’s future as well.

“It was very apt that I met the group during October, as this is their official awareness raising month when the Squirreltober campaign takes place. The public is invited to join in with walks, talks and storytelling along or enjoy a chance to visit their dedicated hide at Cregagh Wood.

“I was very pleased to have this opportunity to meet the volunteers, and I wish them continued success in their efforts to ensure that our red squirrels continue to survive and thrive in the Glens.”

“We have been working hard to help the red squirrel population to expand within the Glens and move into new areas outside of here.

“Red squirrels are now in areas they had never been before and sightings from the public are up. We can put this all down to the hard work of our all volunteers.

“Our activities, walks and talks throughout the year have also helped us to educate, highlight and raise awareness of the issues that affect our local red, all linking the Glens people with their Glens wildlife.

“It was great to meet the Mayor and be able to talk about what we do, have done and our achievements over the last 14years and what we hope to do within the Glens.

“The award received by Gerard is a credit to the work and commitment he puts into the conservation of red squirrels here in the Glens and the behind the scenes work within the group.

“This was the first time this award has been presented by the RSST and for Gerard to be recognised for his work among red squirrel groups across the UK is fantastic.”

Members of the public who would like to find out more are encouraged to attend the group’s upcoming Squirreltober events:

October 29th, Ballycastle Red Squirrel Safari. As featured in 2019 BBC’s Countryfile. 10am, meeting at Ballycastle forest entry at the bottom of Fairhill Street.

Further information about these events, including how to book your place, is available via the Glens Red Squirrel Group Facebook page. 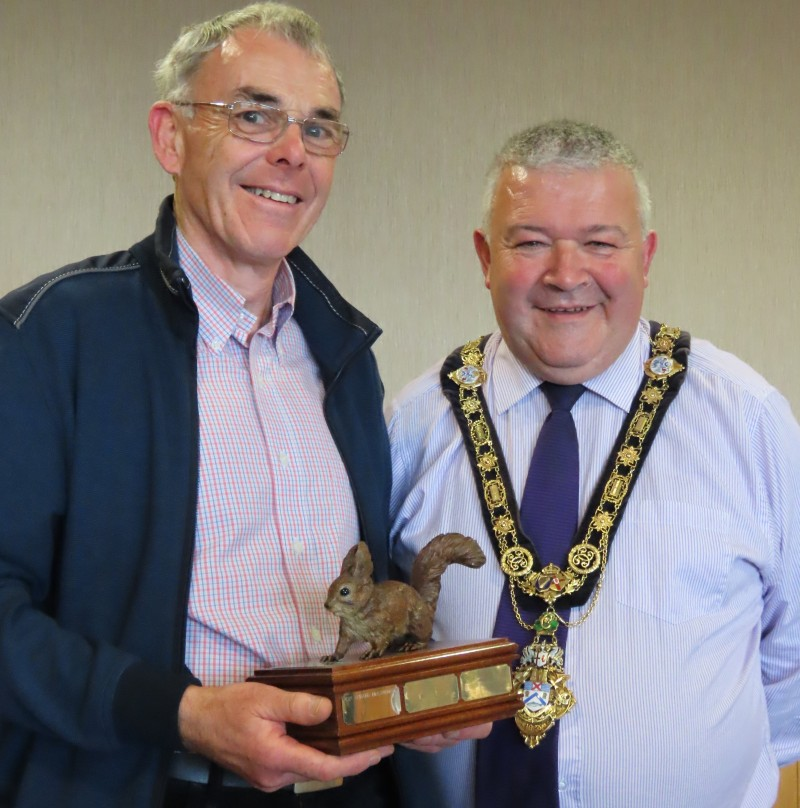 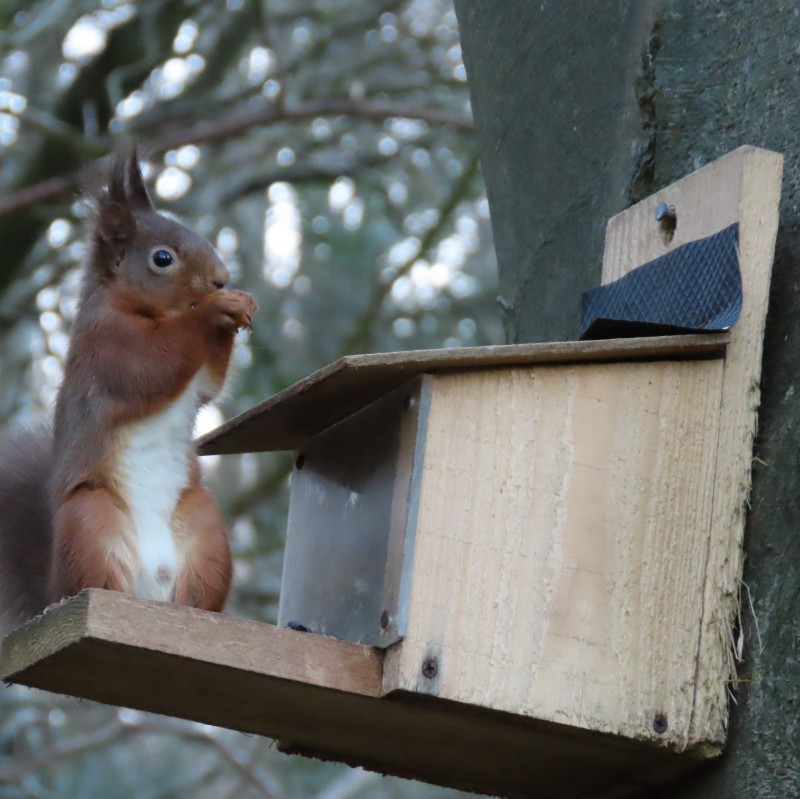