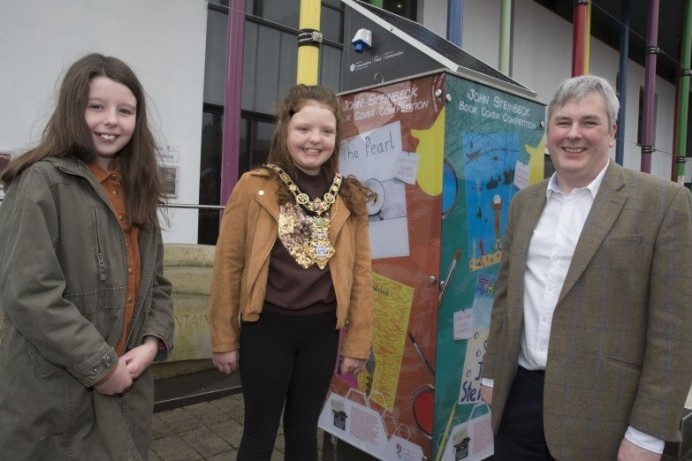 Local primary school pupils have created an amazing array of book cover designs as part of this year’s Steinbeck Festival in Limavady.

The competition run by Roe Valley Arts and Cultural Centre in partnership with the Festival, asked pupils to design a cover for one Steinbeck’s works, The Red Pony, The Pearl or Of Mice and Men.

Aimed at inspiring children to read more, the incredible entries saw the pupils use their imagination and creativity to capture their chosen book’s titles through the medium of art.

Celebrating the pupils’ creativity, the Mayor of Causeway Coast and Glens Borough Council Councillor Richard Holmes said: “We are delighted to be able to exhibit the brilliant artwork both in Roe Valley Arts and Cultural Centre and in Limavady town centre.

“Creativity is key for children and we are thrilled to be able to work with local schools on this project. Thank you to all our young artists and their teachers for their enthusiastic support during this project.”

Congratulating all the pupils who took part, festival organiser and competition panellist, Dougie Bartlett said: “We were amazed by the creativity and imagination of the entries.  The students have done a truly fantastic job designing the book covers.”

The 32 winning book cover designs will now be presented in Light Boxes and displayed in Drumceatt Square in Limavady until March 12th as part of the Steinbeck Festival.

As well as this, all 200 pieces will feature in a public exhibition hosted at the Arts and Cultural Centre.

All entrants to the competition will receive a commemorative John Steinbeck Festival bookmark to thank them for their participation.

In the lead up to the competition, school visits were conducted to tell the children about Steinbeck, his connection to the area and what makes a good book cover.

The Nobel Prize winning author visited Ballykelly in August 1952 to see the townland of Mulkeeragh where his grandfather Samuel Hamilton lived and worked as a blacksmith over 100 years earlier.

As a young boy, Steinbeck had been told many wonderful stories and tales about Ireland by his mother and, a great admirer of his grandfather, he would go on to base the Hamilton family in his famous novel East of Eden on the real-life family of Samuel Hamilton

His connection with this part of the world, especially with Mulkeeragh, Ballykelly, Lough Foyle, and the Roe Valley, was very important to him as a writer.

Visitors are welcome to view the exhibition during Roe Valley Arts and Cultural Centre’s opening hours: 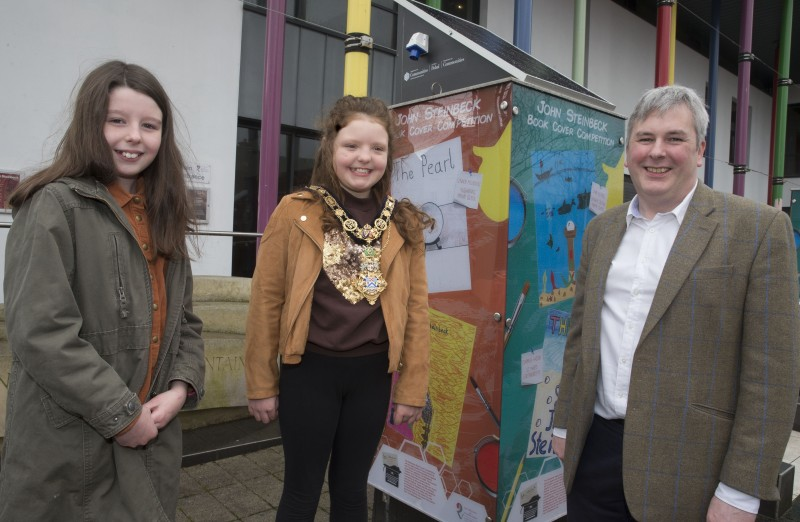 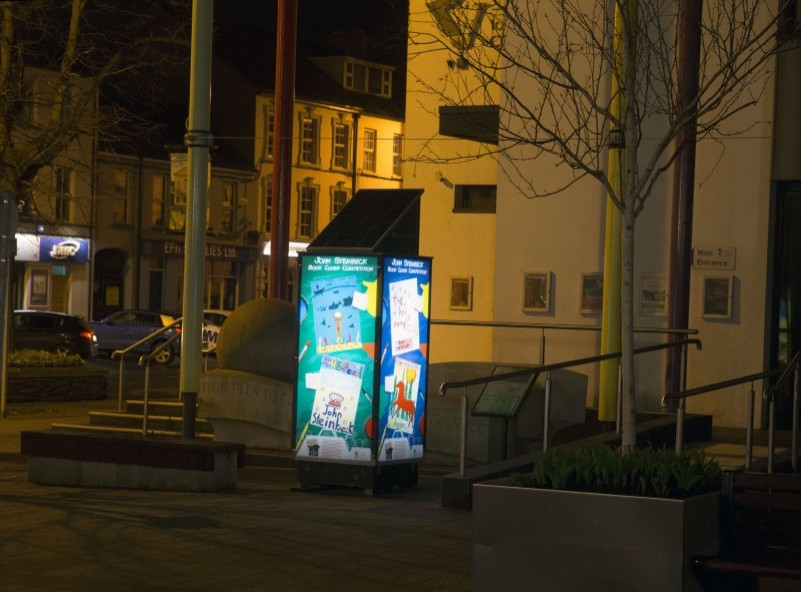 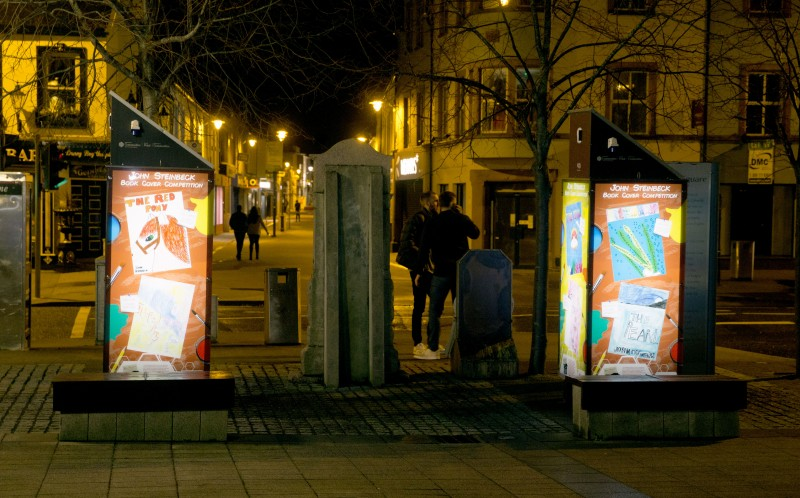