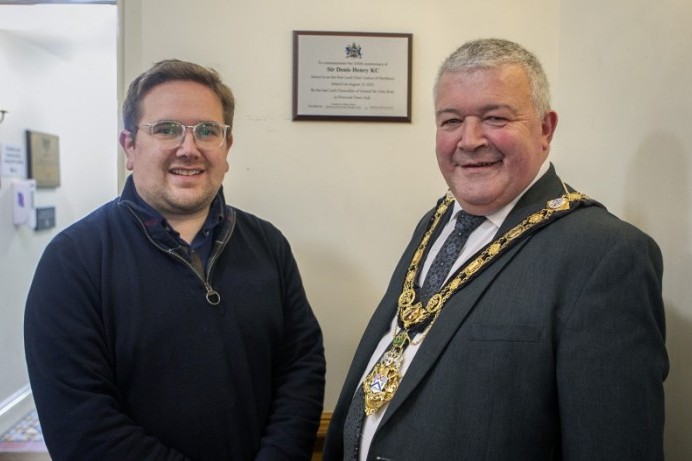 A new plaque has been unveiled in Portrush Town Hall to commemorate the 100th anniversary of the swearing in of Northern Ireland’s first Lord Chief Justice.

Sir Denis Henry KC took up the position on August 15th 1921 following a ceremony in front of the last Lord Chancellor of Ireland, Sir John Ross.

Born near Draperstown, he initially worked as a solicitor in Coleraine before entering politics in May 1916. He pursued a successful legal and political career through the challenging period which followed events of 1916.

Reflecting on his life and legacy, the Mayor of Causeway Coast and Glens Borough Council, Councillor Ivor Wallace, said: “This plaque will help us to remember our Borough’s place in the history of Northern Ireland’s legal system.

“Sir Denis has previously featured in Council’s ‘1918: Local Voices’ exhibition’ which explores the final stages of World War I through local experiences and a range of themes including the 1918 General Election.

“In November 1918, Henry was appointed Solicitor-General for Ireland and, shortly after, he successfully retained his parliamentary seat to serve a second term as a Member of Parliament.

“In the following years, he would go on to be appointed the Attorney General of Ireland, prior to his appointment as Lord Chief Justice.

“The swearing-in ceremony was held in Portrush Town Hall because Sir John Ross was holidaying there at the time, and I am very pleased that this piece of history has now been preserved for the future.”

To find out more go to Resources NI Archive where you can explore the ‘1918: Local Voices’ exhibition panels and case studies. 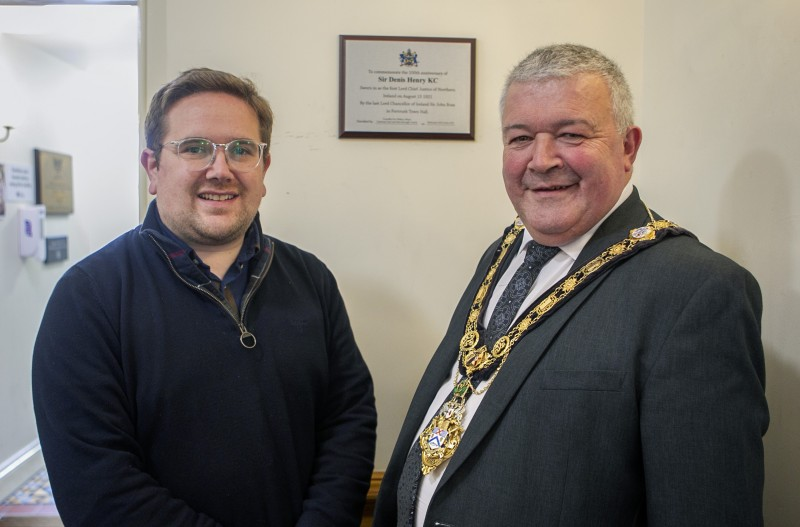 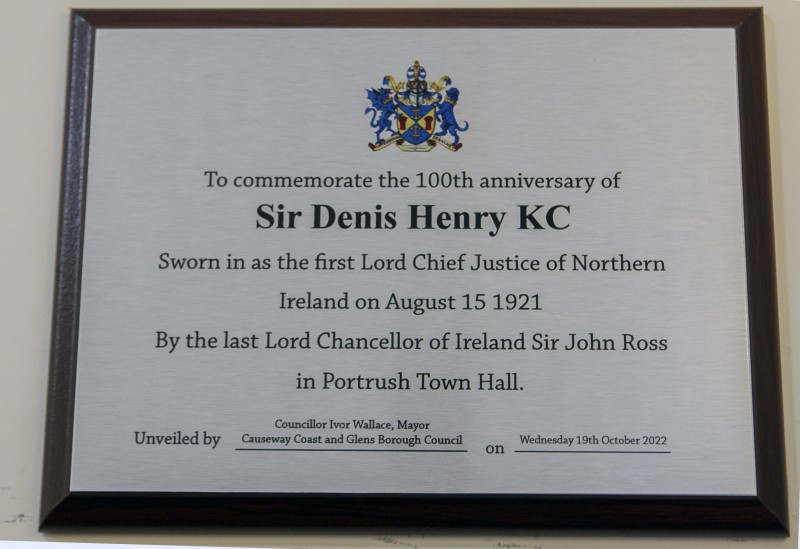