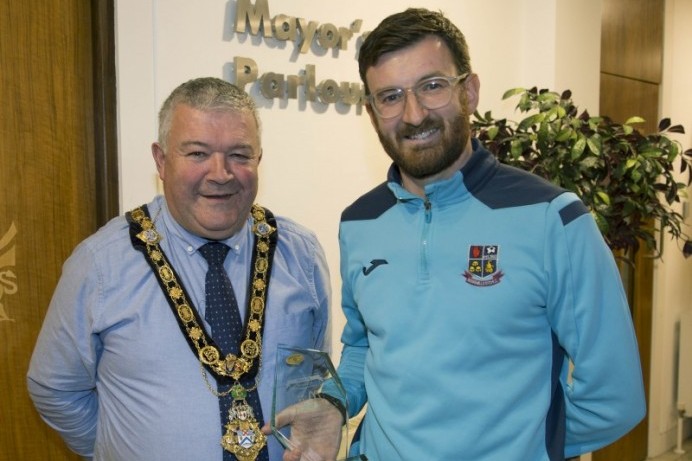 The Mayor of Causeway Coast and Glens Borough Council has welcomed Bushmills Youth Football Club to a special reception to celebrate their success at the regional Irish FA Grassroots Football Awards.

The annual awards aim to recognise football club members and volunteers who dedicate their time and efforts to the sport.

Offering his congratulations, the Mayor, Councillor Ivor Wallace, said: “Bushmills Youth Football Club is a relatively young club, having been set up in 2018, and I am delighted to see it recognised in this way.

“To be awarded both Club of the Year and Coach of the Year for the North West region is testament to the hard work of everyone involved, and it gives great encouragement for the future.

“Providing our young people with opportunities through sport, to build their skills, friendships and confidence, is so important to their overall wellbeing and it is fantastic to see the club going from strength to strength.

“Well done to everyone involved, and I wish all players, coaches and volunteers continued success for the future.”

Mervyn Greer, Club Secretary, added: “We are grateful to the Mayor for welcoming us to Cloonavin to celebrate our achievements.

“This is a wonderful opportunity for Bushmills Youth Football Club to highlight all that we do to encourage community participation in football. We are delighted to be celebrating our success at The Irish FA Grassroots Football Awards and I’d like to say well done to the whole team.”

To find out more about the Club visit their Facebook page 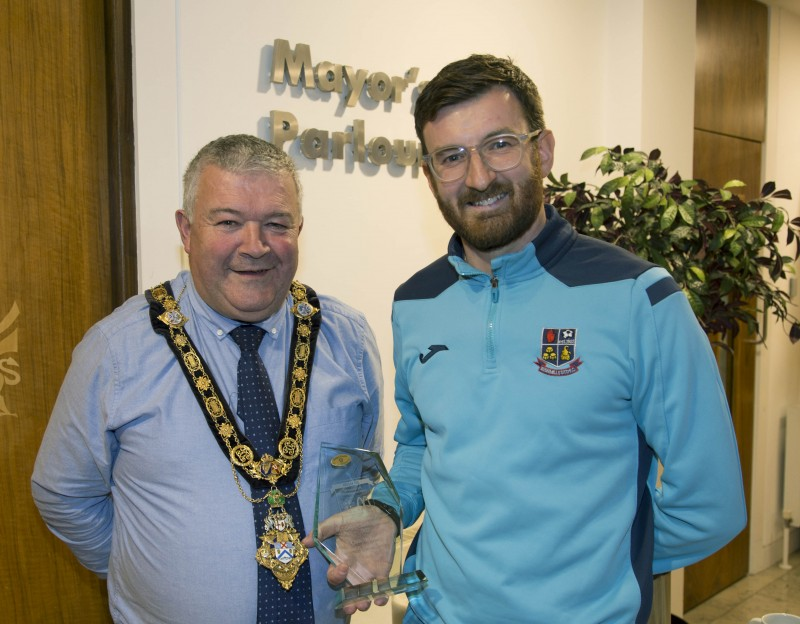 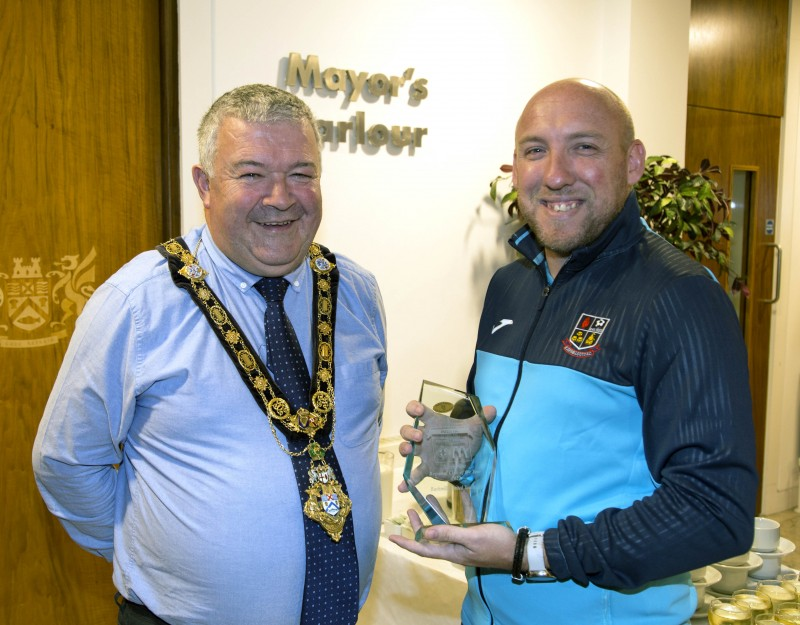 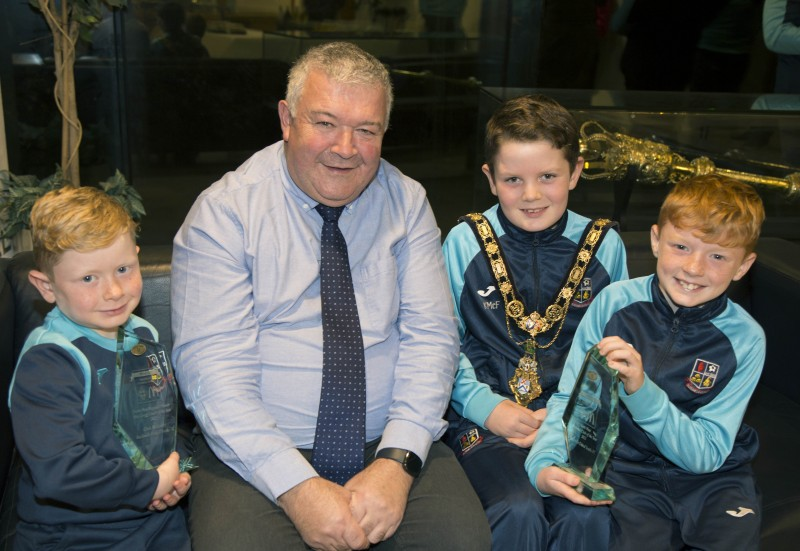