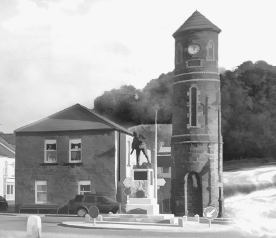 Causeway Coast and Glens Borough Council is encouraging people to have their say ahead of a proposed major regeneration project in Bushmills.

The village could benefit from a £7.5m investment made possible through the Causeway Coast and Glens Growth Deal as well as a wider £7m plan to improve public transport and parking infrastructure.

The consultation period will continue until February 20th, with the local community and interested stakeholders encouraged to complete a survey which looks at six proposed projects.

The Mayor of Causeway Coast and Glens Borough Council, Councillor Ivor Wallace, explains: “Following on from the Bushmills 2020 Masterplan we now have an exciting opportunity to deliver significant development and economic growth for the village and surrounding areas.

“The potential regeneration will help Bushmills to fully capitalise on its central location within the Borough as a gateway to the World Heritage Site at the Giant’s Causeway and near-by coastal resorts.

“This is the first in a series of consultations planned for the Bushmills Regeneration Growth Deal project, and we want to engage with as many people as possible at this concept stage as we explore what it could deliver for the area.

“The informal drop-in sessions on January 23rd provide an opportunity to find out more and staff will be there to answer questions and talk you through the various aspects which have been identified as part of the overall project. There is no need to register your attendance or book a place – simply call in at a time that suits you.”

Reflective of the capital and economic regeneration focus of the Growth Deal fund, the six potential projects for investment identified by Council are:

• 4: Improved walking and cycling connectivity with the Giant’s Causeway and beyond

The initial consultation survey provides an opportunity to review each of these and provide your feedback.

The survey can be completed online here or hard copies can be obtained at the drop-in event on January 23rd or after that date at The Designerie. The survey should take no more than 20 minutes to complete. Hard copies should be returned to The Designerie.

If you’re part of a group who is interested in the plans for the village, a specific consultation meeting can be requested by contacting community.development@causewaycoastandglens.gov.uk

Securing Growth Deal funding is a competitive process and involves the progressing of all the necessary approvals, planning permissions, designs, procurement and construction.

This is a medium to longer term process as is the delivery of any strategic capital investment project.

The Growth Deal funding stream requires projects to have a focus on economic growth.

This consultation and engagement process focuses only on very high-level concepts and project ideas. As projects emerge and detailed design ideas are considered there will be ongoing and more detailed consultations.

Council has used the previous work captured in the Bushmills 2020 Masterplan and an independent Traffic and Parking study to identify projects that could qualify for investment from the Growth Deal fund.