Freedom of the Borough for the Royal Air Force

The Royal Air Force has been formally granted the Freedom of the Borough of Causeway Coast and Glens Borough Council, marking the area’s long association with the RAF.

To mark the importance of the honour, a P-8 Poseidon – the RAF’s modern submarine-hunting jet – performed a flypast over the town centre.

The aircraft, which had recently returned from monitoring Russian naval movements in the Mediterranean, flew over the war memorial at the conclusion of the formal event.

The Freedom of the Borough was granted by the Council in 2018 in recognition of: “100 years of service, and in acknowledgement of the vital air and ground defence roles which they continue to provide for the security of the United Kingdom of Great Britain and Northern Ireland”.

In planning the event the Council and RAF were keen to highlight Limavady’s strong RAF heritage and an exhibition highlighting the history of the RAF around Limavady at Roe Valley Arts and Cultural Centre is open to the public until April 30th 2022.

RAF Limavady and nearby RAF Ballykelly were two vitally important bases during the Second World War, with both stations home to RAF squadrons conducting anti-submarine operations during the Battle of the Atlantic. The P-8 Poseidon that made the flypast performs the same role defending the North Atlantic that was performed by aircraft from the RAF’s Coastal Command in Northern Ireland from 1939 to 1945. 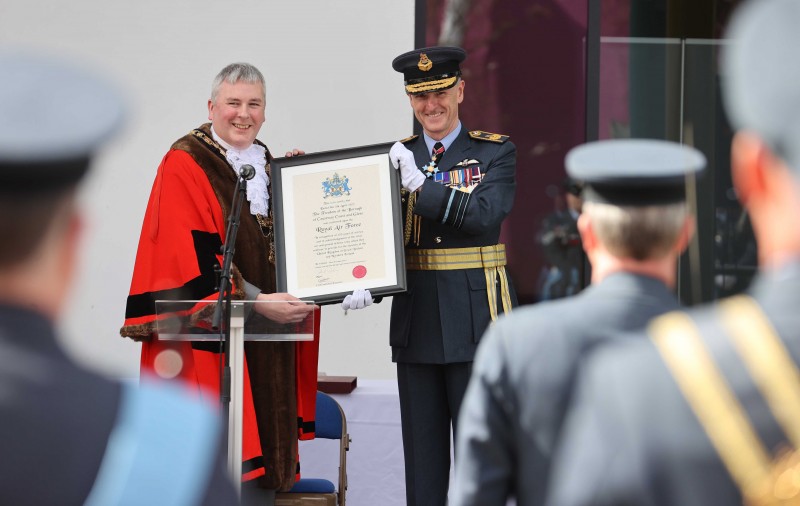 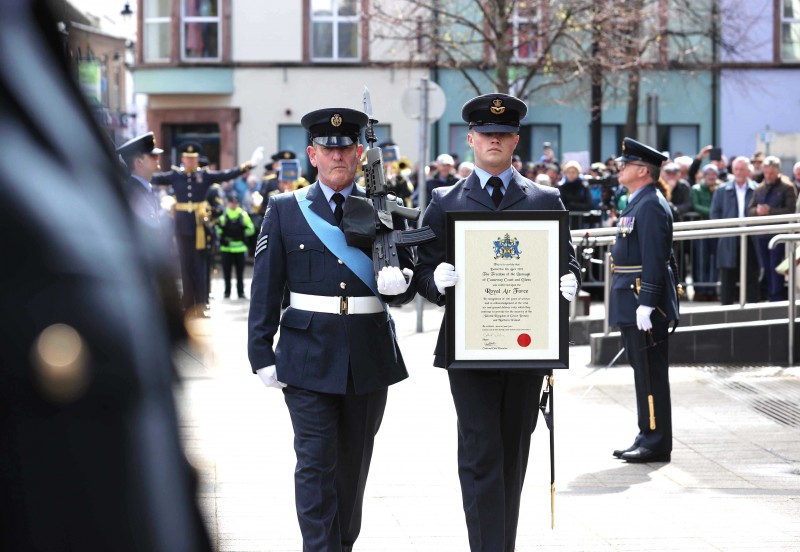 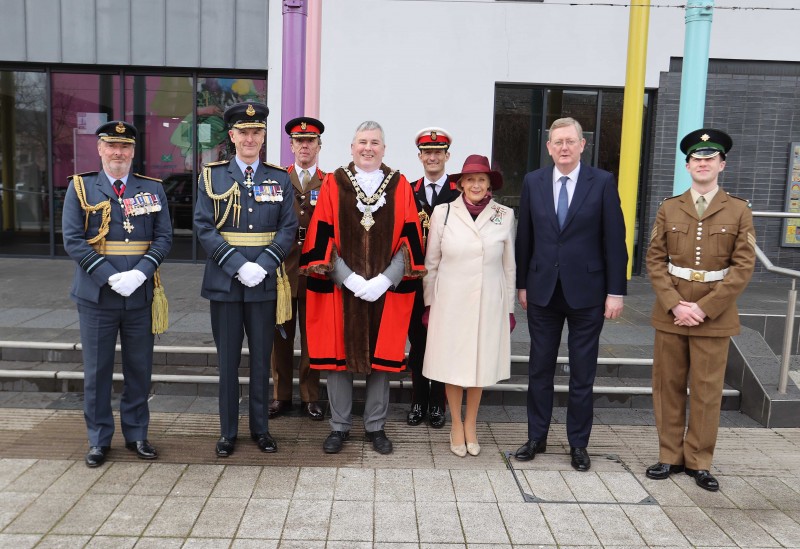 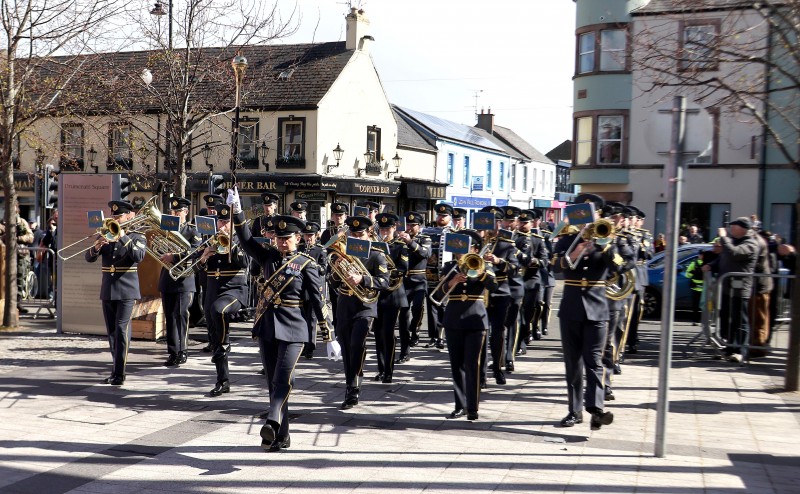 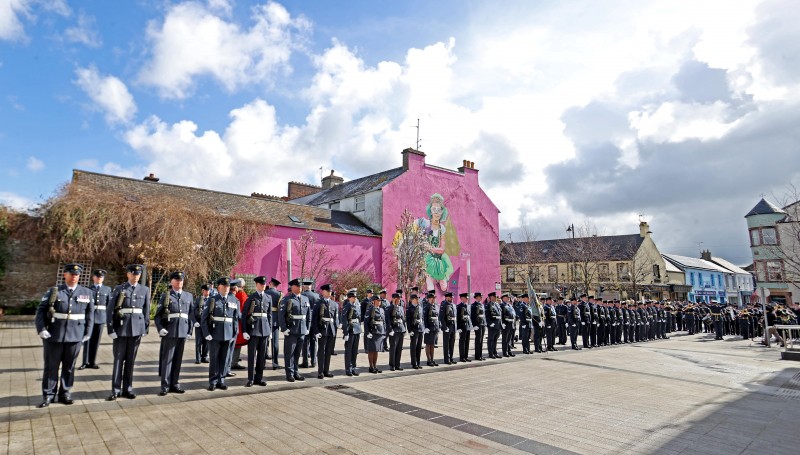 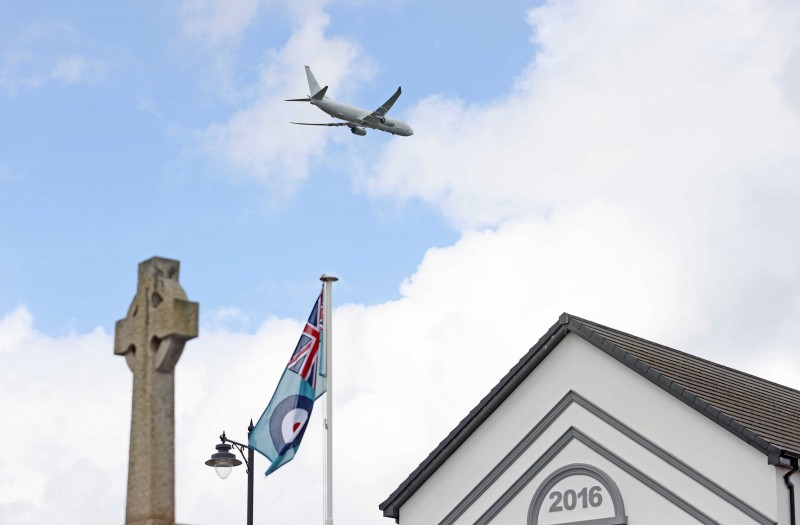