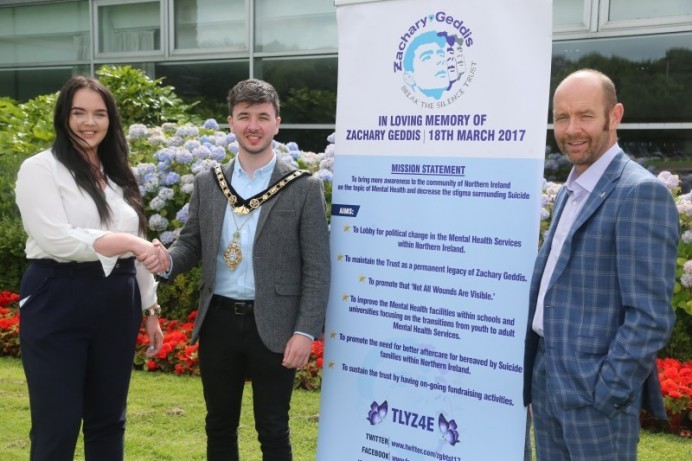 The Mayor of Causeway Coast and Glens Borough Council has chosen The Zachary Geddis Break the Silence Trust as his official charity for the year ahead.

The Trust was established in memory of 20-year-old Zachary Geddis who died in 2017 after completing suicide at his student accommodation in London.

Councillor Sean Bateson said he hoped his support would help to highlight the importance of mental health care and raise awareness about the Coleraine-based charity.

The Mayor said: “The Zachary Geddis Break the Silence Trust was borne out of a hugely personal tragedy for the Geddis family, which left them without a much loved son and brother. I hope that by working together over the next year, we can make a positive difference across the Borough and foster a more open approach to the issue of mental health.

“The Geddis family deserve huge credit for what they have achieved so far and I am looking forward to giving them my full support throughout my term as Mayor.”

Yasmin Geddis, who set up the Trust along with her mother and father, said: My brother Zachary was a shining star to all those who were fortunate enough to know him. He was a vibrant, passionate person who demonstrated kindness to everyone he met. While we continue to miss him every day, the Trust allows us to keep his memory alive and ensure he continues to touch the lives of others in a positive way.

“We are honoured that the Mayor of Causeway Coast and Glens Borough Council has chosen to support us in this way and this endorsement will encourage us to continue to advocate for those affected by mental health concerns, along with their family and friends.”

“Since Zachary’s passing, the support from the local community has meant so much to us and we hope that throughout this year we will raise even more awareness around this extremely important topic.”

You can find out more about the work of The Zachary Geddis Break the Silence Trust by going to www.zacharygeddisbreakthesilencetrust.org or read the Geddis family blog at www.theoriginalsuperstar.com. The Trust can also be found on Facebook and Instagram. 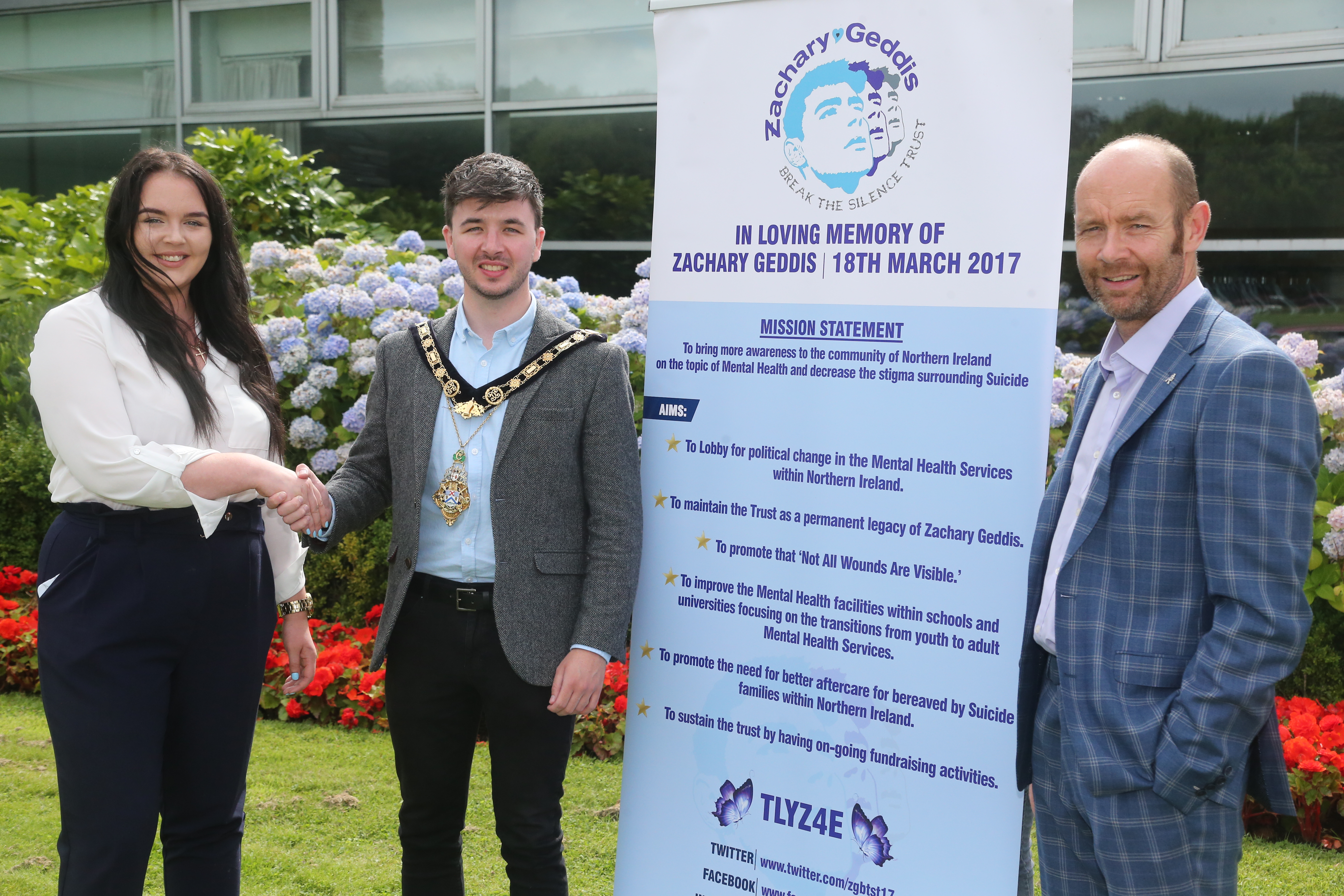 The Mayor of Causeway Coast and Glens Borough Council Councillor Sean Bateson pictured with Yasmin and Terry Geddis from The Zachary Geddis Break the Silence Trust, which has been selected as the Mayor’s official charity for the year ahead.