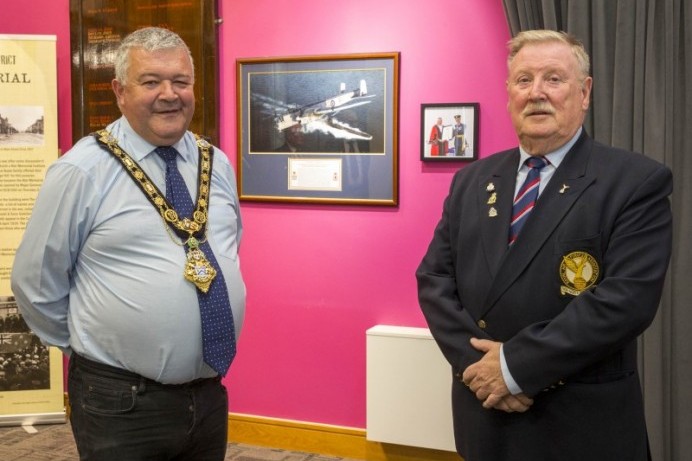 The Roe Valley’s historic association with the Royal Air Force has been remembered through two new images which have gone on permanent display in Roe Valley Arts and Cultural Centre.

One of the pictures, ‘Stalking A Lone Wolf’, depicts an Armstrong Whitworth Whitley GR Mk.VII, representative of the aircraft type operated by No. 502 (Ulster) (General Reconnaissance) Squadron, Auxiliary Air Force which was based at Royal Air Force Limavady between 1941 and 1942.

The stunning image was presented to Causeway Coast and Glens Borough Council by the RAF after it received the Freedom of the Borough earlier this year.

The Mayor, Councillor Ivor Wallace, said: “The submarine-hunting squadrons based in both Limavady and Ballykelly played a significant role during the Battle of the Atlantic, and this framed aircraft image along with a photograph from the Freedom of the Borough event will serve as important permanent reminders of the area’s connection to events of World War II and its role during the Cold War.”

“I was very pleased to have this opportunity to meet with members of the Roe Valley branch of the Royal Air Force Association and help to ensure this part of our Borough’s history is not forgotten.”

Fittingly, the new images have been placed in the Keenaught Suite alongside Limavady’s War Memorial Boards, which feature the names of those from the area who served during World War I. The Boards were first displayed in Bridge Hill House, which was offered by the Boyle family as the War Memorial Institute. The Institute, which opened in March 1922, was extensively damaged and had to be demolished after a bomb attack on the nearby police station in 1972. The War Memorial Boards were then moved to the Alexander Memorial Town Hall before being relocated to Green Lane Museum where they remained until March 2022.

Members of the public are welcome to view these important artefacts, and this can be arranged in advance by emailing information@rvacc.co.uk or ringing 028 777 60650. 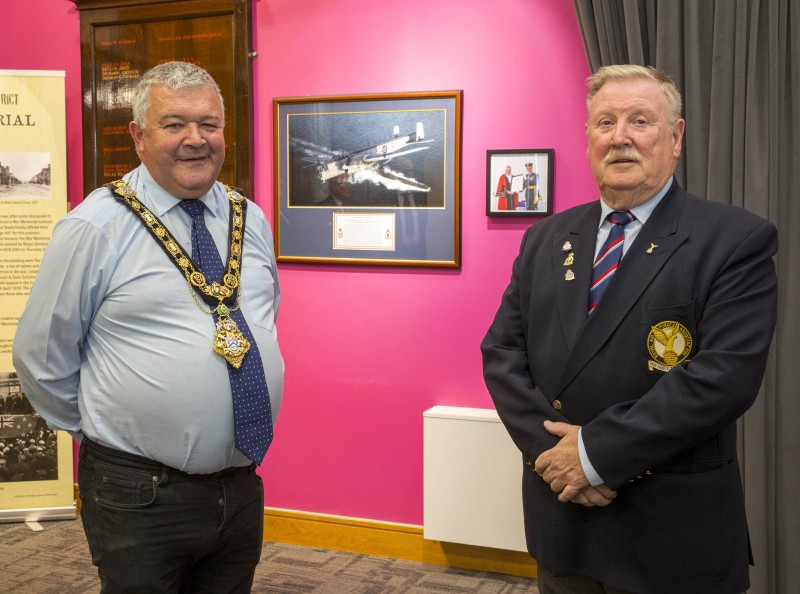 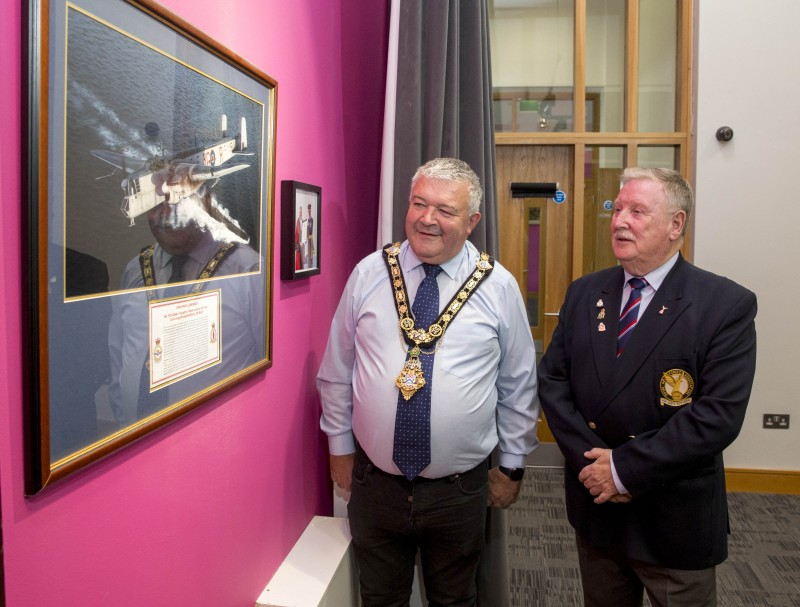 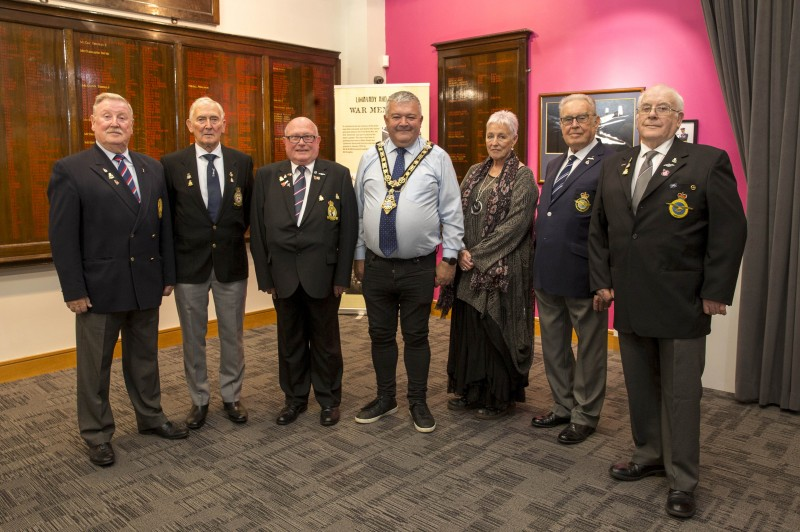