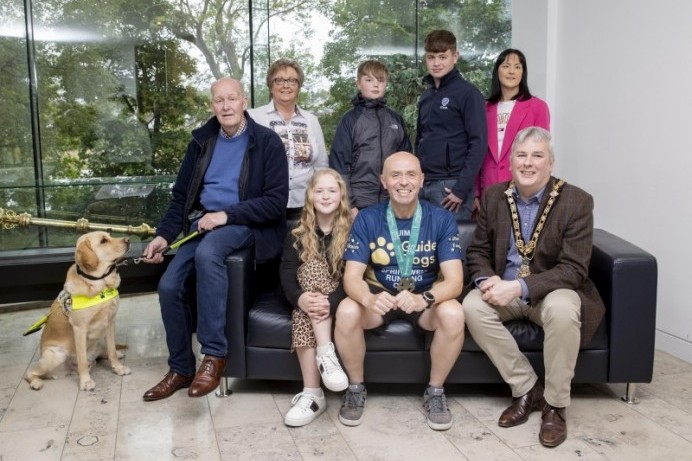 The Mayor of Causeway Coast and Glens Borough Council has said ‘thank you’ to fundraising athlete Jim Bradley at a special reception in Cloonavin.

The Garvagh man has been running his way to fundraising success over the last few years, taking on a series of marathons to raise vital funds for local good causes.

His latest challenge, which will see him complete five marathons in five weeks, is all in aid of Guide Dogs NI. He was joined at the reception by his friend Iain Matthew, along with his guide dog Mac whose close bond has proven to be Jim’s latest inspiration.

“We are very fortunate to have people like Jim in our community, who want to make a positive difference to the lives of others. As Mayor, I was very pleased to welcome him to Cloonavin, and hear more about his marathon running and fundraising efforts.

I want to say well done and thank you to Jim, as well as to all those who have supported him along the way.”

Reflecting on his marathon and fundraising journey, Jim said:

“My first marathon was in Dublin 2018. I was sore for a week afterwards and told myself I wasn’t doing anymore! But then I did another in 2019 and applied for the Belfast marathon in 2020, but this was cancelled with COVID.

“My wife Nicola, an ICU nurse at Causeway Hospital, asked me to do a local marathon to raise some money for some new iPads to keep patients connected with their families and I successfully raised over £1000.

“From there, I ended up doing five marathons in five weeks in May 2020, raising £6500, which I used to buy more iPads for the hospital, as well as new furniture and a barbecue for local nursing homes.

“Since then, I have ran a marathon every month (sometimes two), in fact, just this weekend, it will be my 37th marathon run since 2018.

“I decided to put this experience to use by helping my dear friend Iain, whom I’ve known since childhood. It was Iain’s sister Sally who mentioned about running for the Guide Dogs. The independence that Mac has given Iain and the understanding that they have with one another is incredible to witness and makes this such a privilege to be able to do for them.

“So far I have raised £5000 as part of my five marathons for May challenge. People’s generosity is overwhelming, and I am so appreciative. I am also so humbly grateful to my wife Nicola, for her time and support, as well as the encouragement of my three children and of course to Springwell Running Club and my own club, Garvagh, for all the nights of training, which have now paid off. Company during a marathon makes the long miles easier! 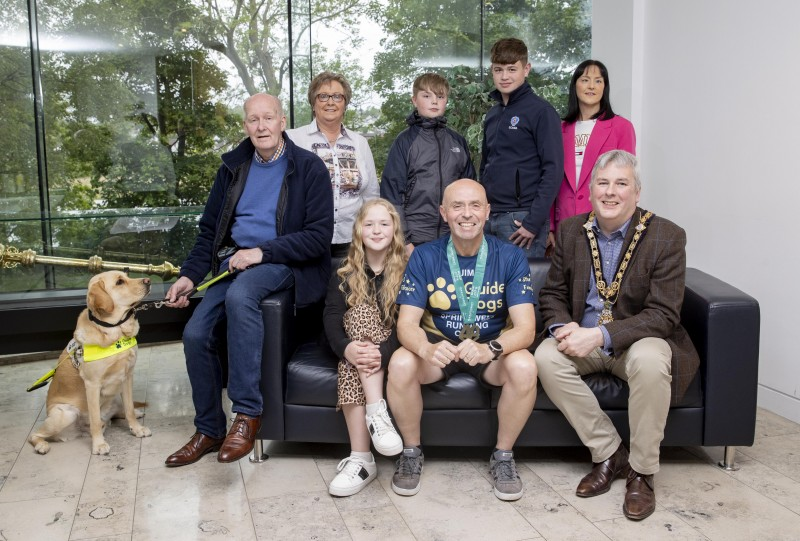 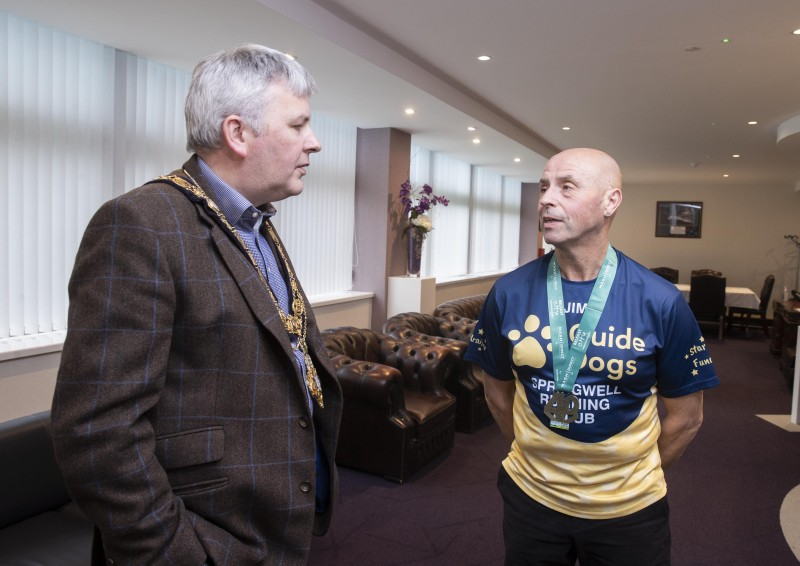 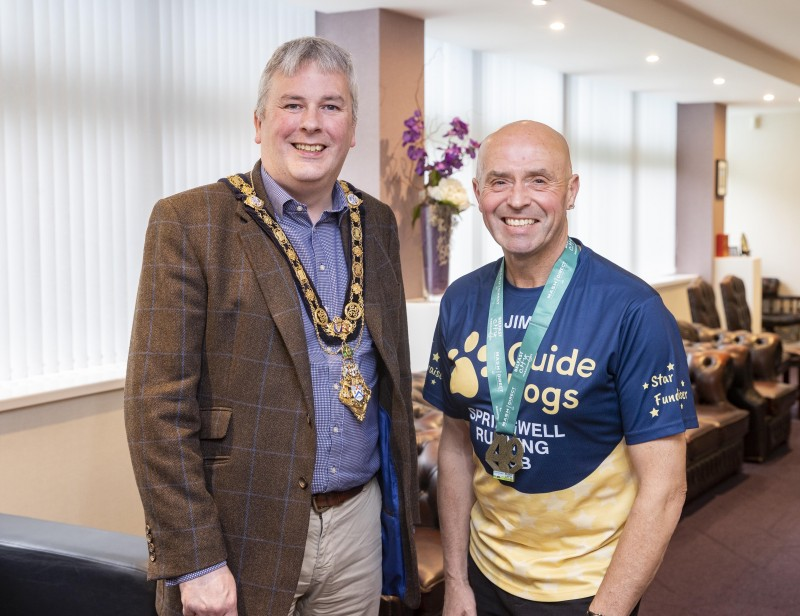 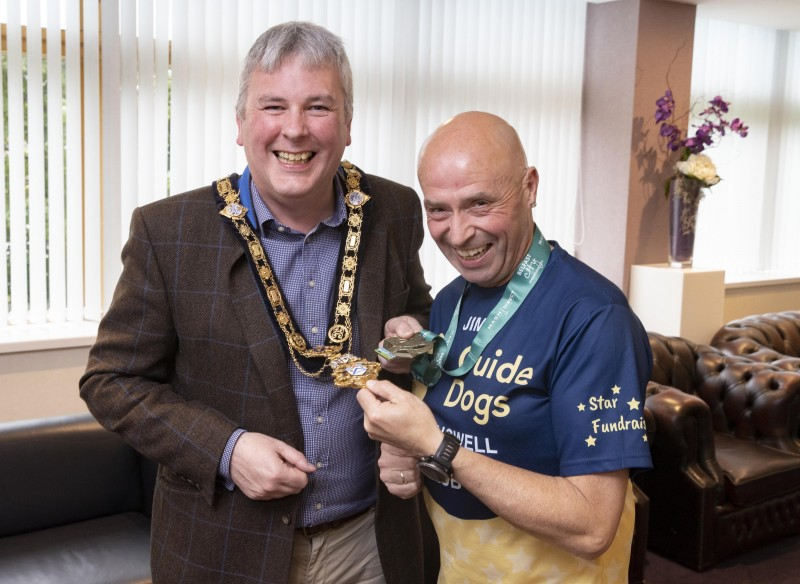