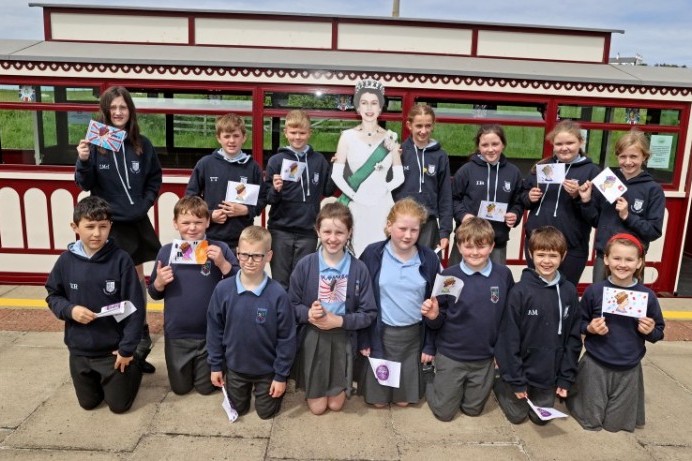 A series of workshops held in Bushmills Community Centre reflected on the Queen’s coronation tour of Northern Ireland with a focus on the memorable Royal train journey which started in Lisburn on 3rd July 1953 before stopping at Ballymoney, Coleraine and Downhill.

Under the guidance of the Active Learning Company and Museums Service staff, the young participants dressed up in royal themed attire and 1950’s costumes. They had an opportunity to play with wooden toys from the era before enjoying their very own ‘Coronation tour’ on the Giant’s Causeway and Bushmills Railway after making memory rag rugs and Jubilee flags.

During the workshops they also created celebratory bunting inspired by images of the Queen and objects from the Museum collection. These will go on display within the new ‘Community and Crown’ exhibition which is now open at Coleraine Town Hall.

Congratulating all those who took part, the Mayor of Causeway Coast and Glens Borough Council Councillor Richard Holmes said:

“This was an engaging way for some of our younger residents to learn more about the Platinum Jubilee and it has proven to be a very successful initiative, with 15 different Primary Schools taking part. The pupils showed fantastic creativity during the craft sessions, and I hope they greatly enjoyed their time in Bushmills.”

Each participating school was presented with a Queen’s Platinum Jubilee resource pack created by the Museums Service to continue the topic back in the classroom, as well as Jubilee pencils, 1953 tram tickets and a certificate of their tram journey kindly supplied by the Giant’s Causeway and Bushmills Railway as a memento of this special event.

The schools’ resource pack is available to download now by going to: www.niarchive.org/resources 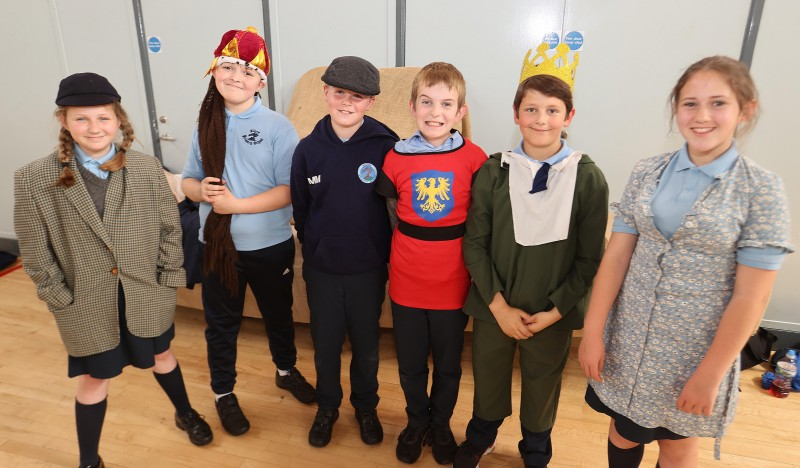 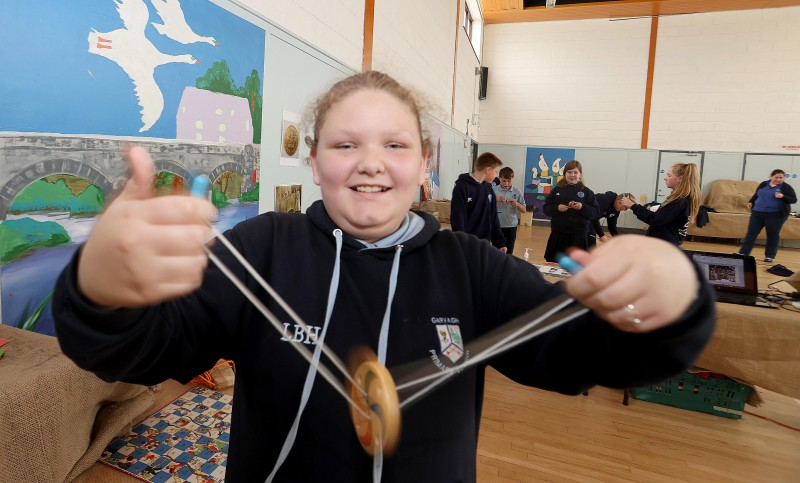 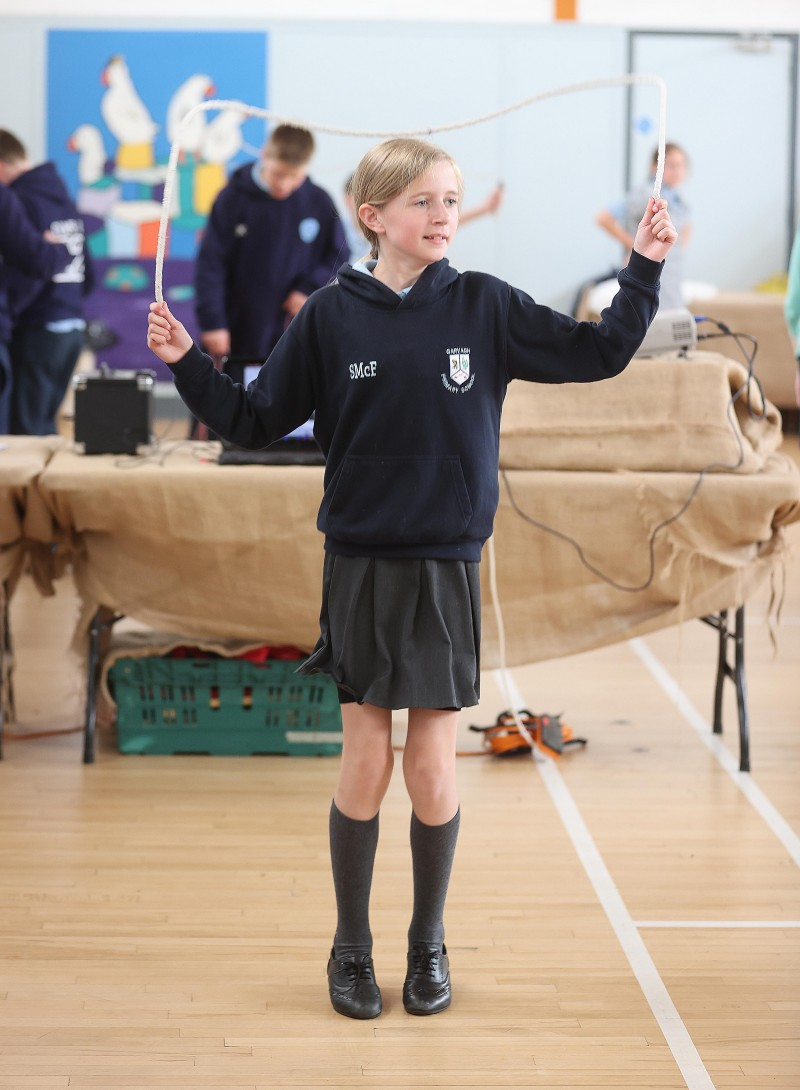 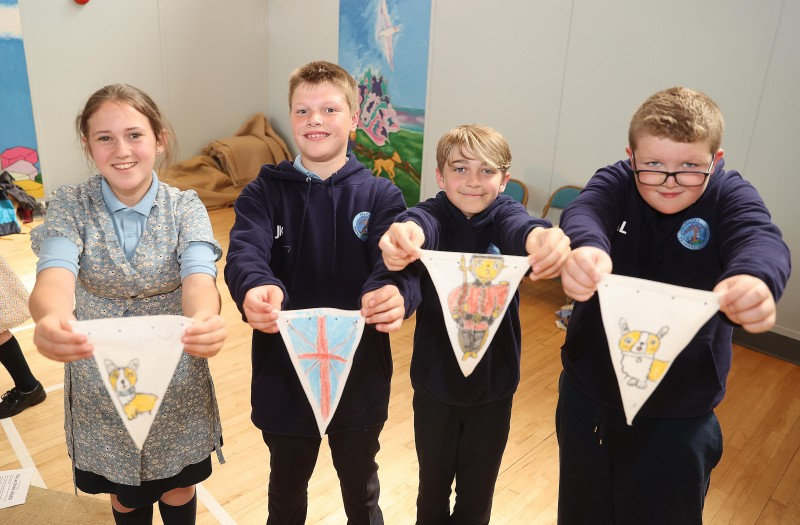 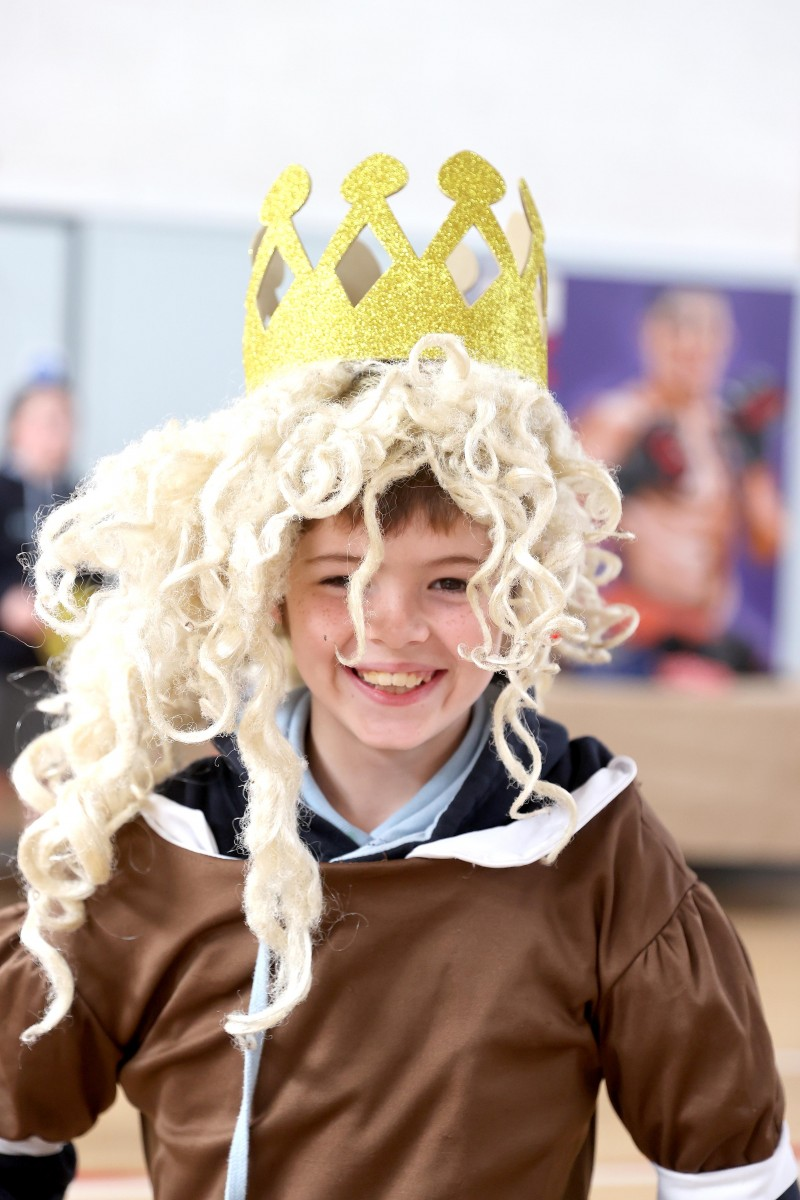 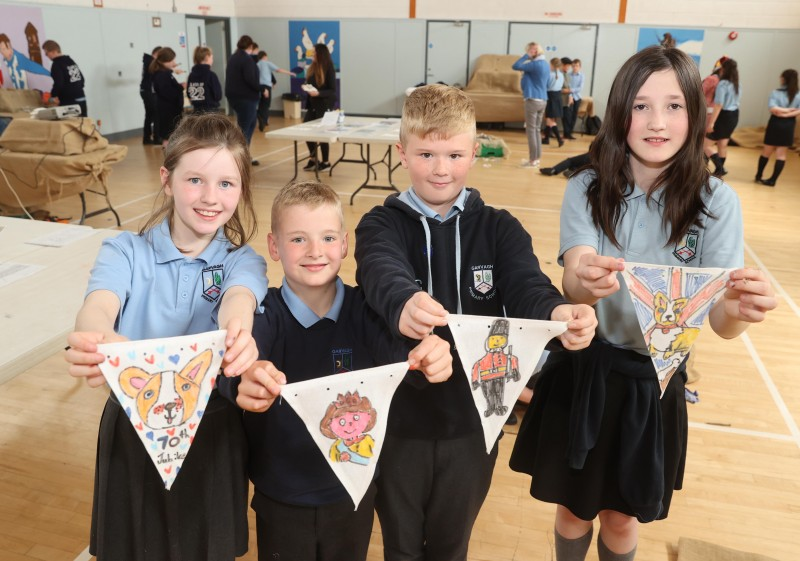 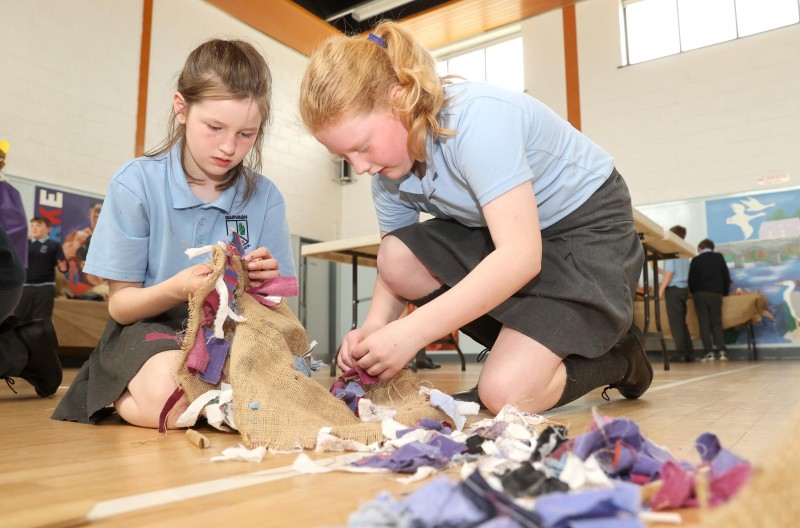 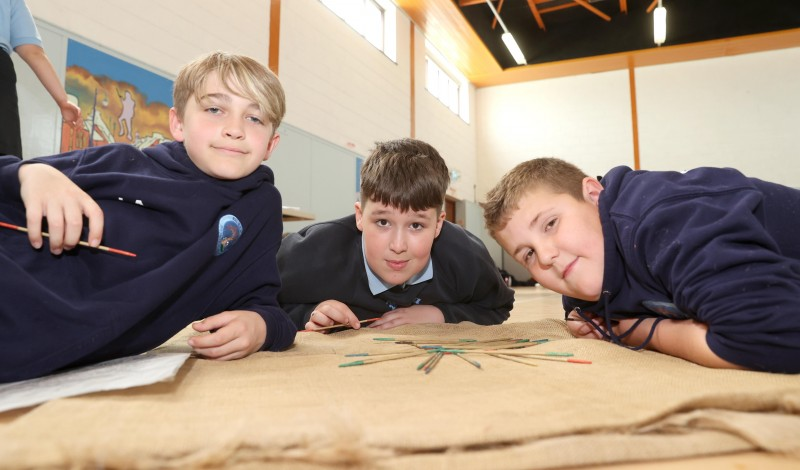 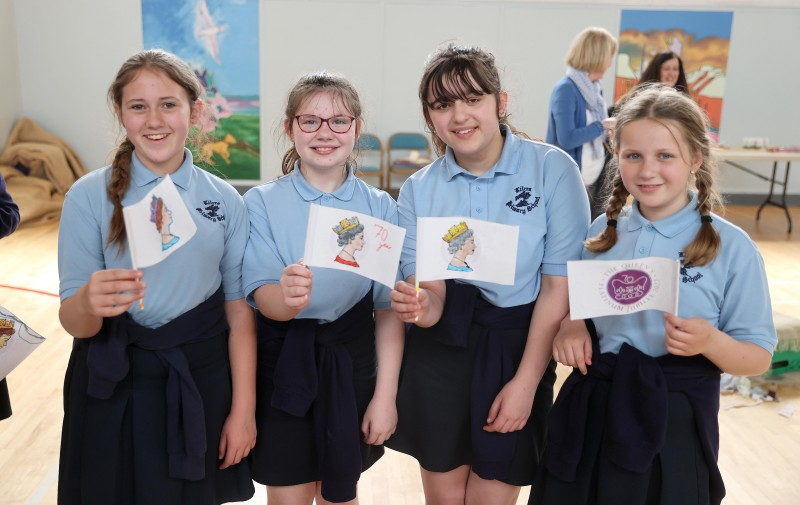 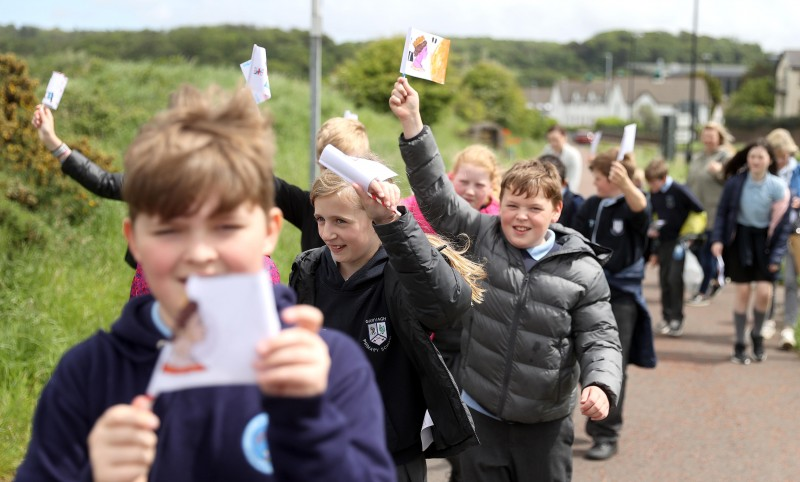 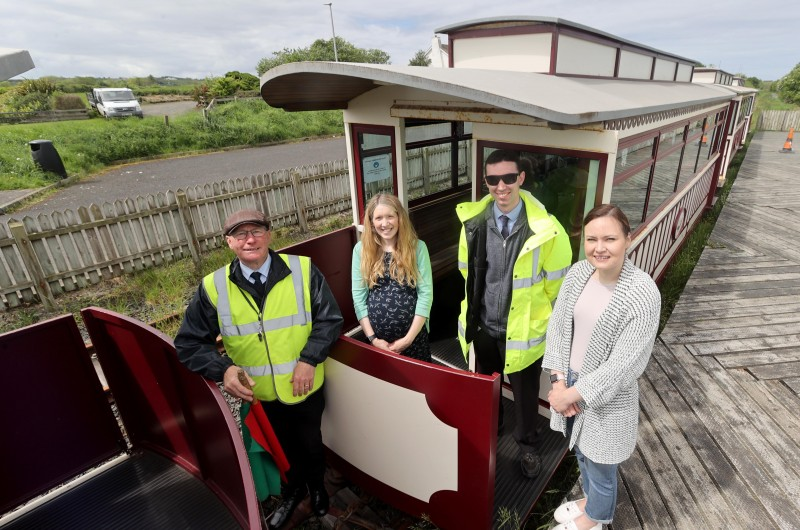 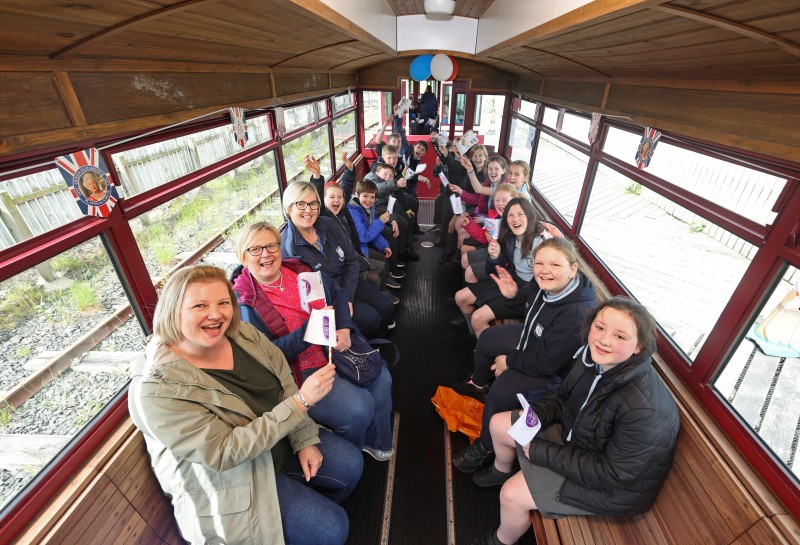 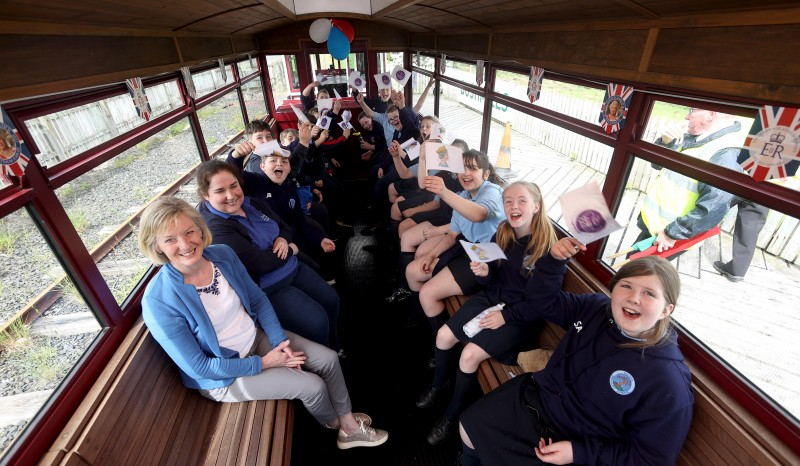 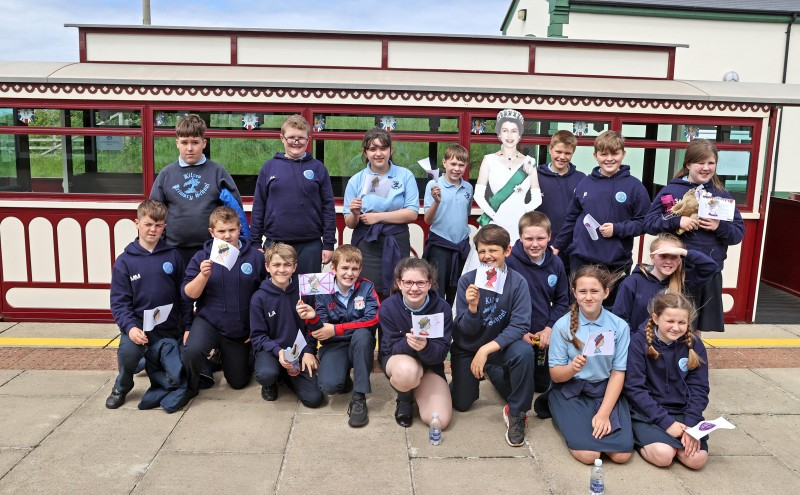 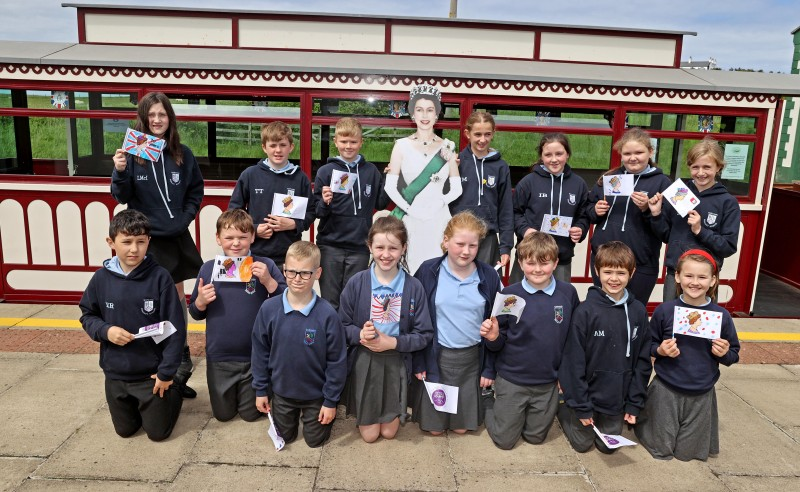