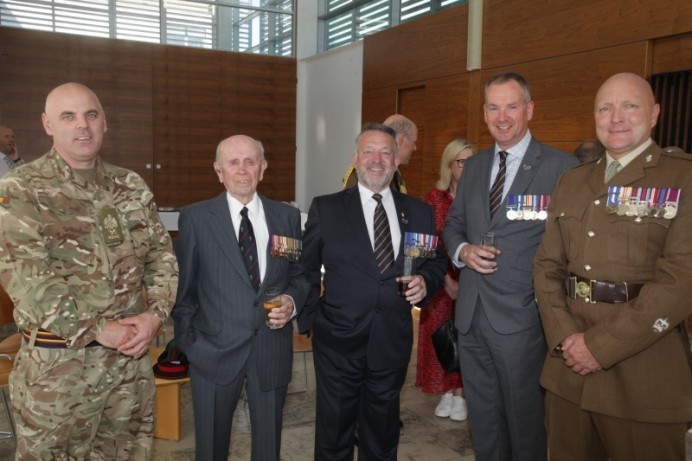 A special presentation has taken place in Coleraine in honour of one of the founding members of the Royal Electrical and Mechanical Engineers (REME).

103-year-old Norman Irwin was welcomed to the event in Cloonavin by the Lord Lieutenant of County Londonderry, Mrs Alison Millar, and the Mayor of Causeway Coast and Glens Borough Council Councillor Ivor Wallace, along with REME Corps Colonel, Colonel I J Phillips ADC who travelled from his base in England for the occasion.

Mr Irwin received a bespoke gift to mark his lifelong commitment to the Corps, after initially joining the Coleraine Battery in 1939.

He spent over six years oversees, with postings across the Middle East and Italy, before eventually coming back to the UK.

After returning home, he married his beloved wife Margaret who he met while in Hawick, Scotland, in 1947, and they went on to have four children while Norman enjoyed a long and successful engineering career in Coleraine.

“Norman’s story is certainly one of a life well-lived, and what an inspiration he continues to be. Today is a very proud day for Norman and his family, and it is wonderful to see him receive this recognition from the Royal Electrical and Mechanical Engineers for whom he played such a vital role, amid the most unimaginable circumstances of war.

“It is a privilege to have people like Norman in our community, and we will be forever indebted to his actions and bravery.”

Council’s Veterans’ Champion, Alderman Sharon McKillop, who also attended the event said: “Norman made an immense contribution during his military service, and I’m very pleased we have had this opportunity to reflect on this.

“The REME Association take great pride in supporting and recognising their veterans and I want to thank them for their dedication to our former armed service personnel.

“Norman is a fantastic example of the important role our veterans can play in society and what they can achieve. The skills Norman developed during his service set him on a path to a lifelong role as a respected engineer known for his sector knowledge and expertise and this is something to be celebrated as well.”

The Chairman of the REME Association Northern Ireland Branch, Mr William McNaul, expressed appreciation to the Mayor and the Borough Council for their support in honouring Mr Irwin.  He said:

“The reception to honour Norman was initiated by the Northern Ireland Branch, but really, Norman honoured all the guests by his presence.

“It was our privilege and joy to be in the presence of such a distinguished member of our Branch, being a founder member of our Corps in 1942 while serving in North Africa.  Norman represents the epitome of REME Craftsmen the world over, ever inventive in solving mechanical problems, necessity being the mother of invention.

We offer our good wishes to Norman.” 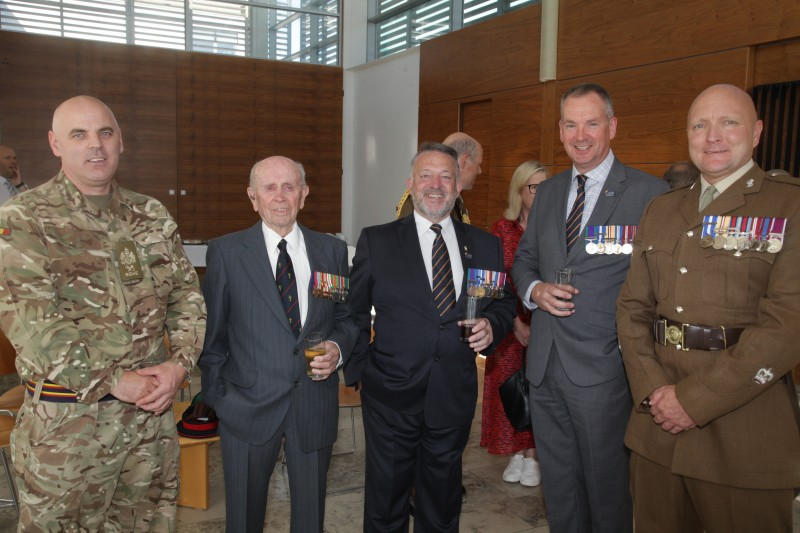 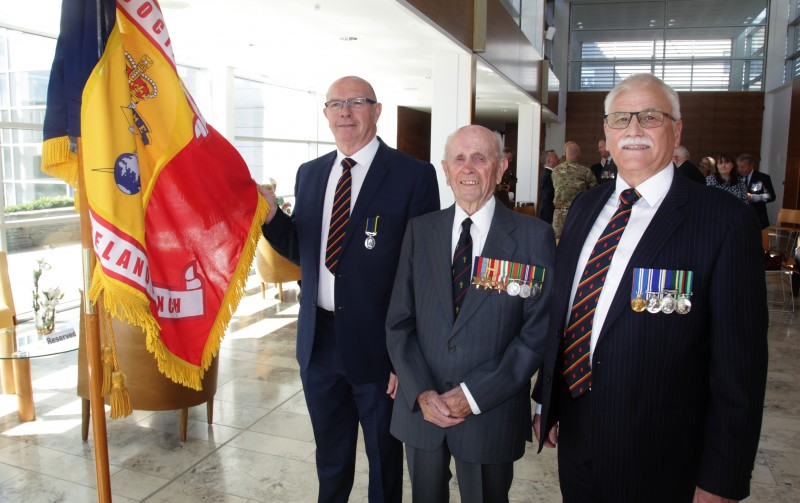 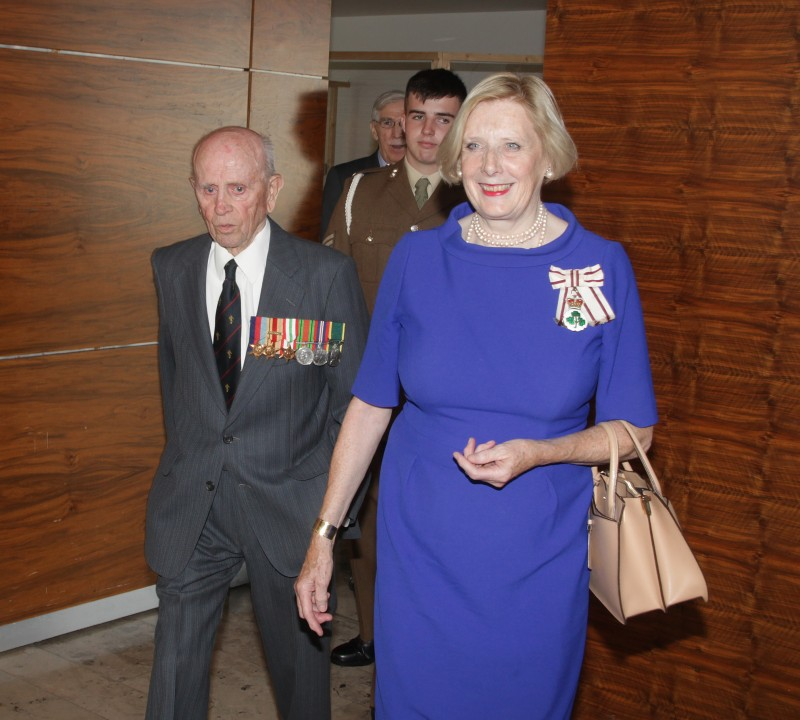 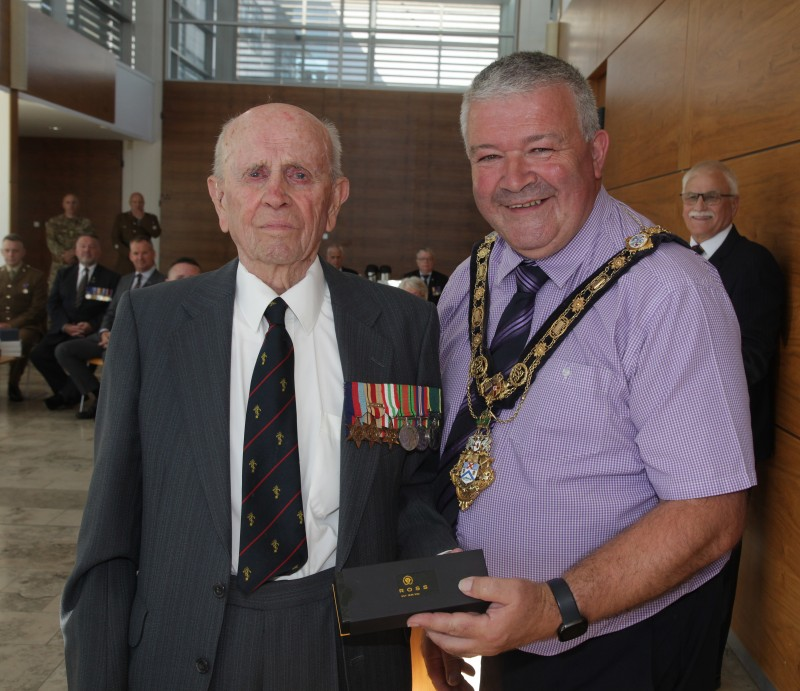 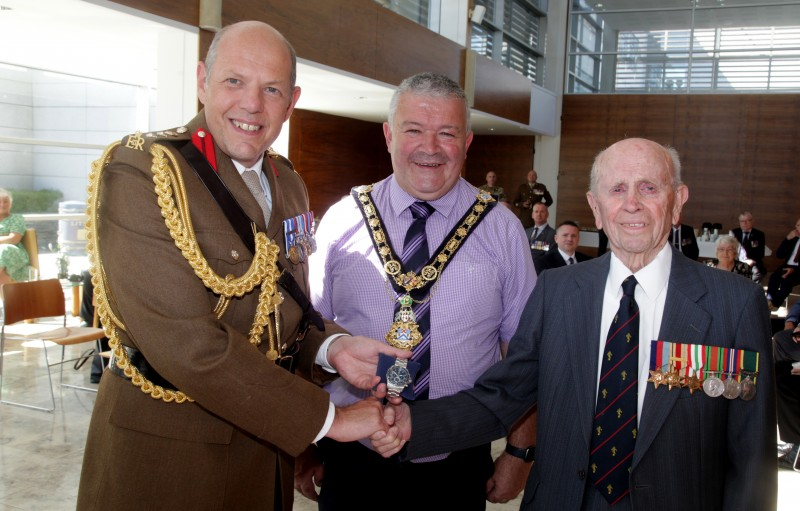 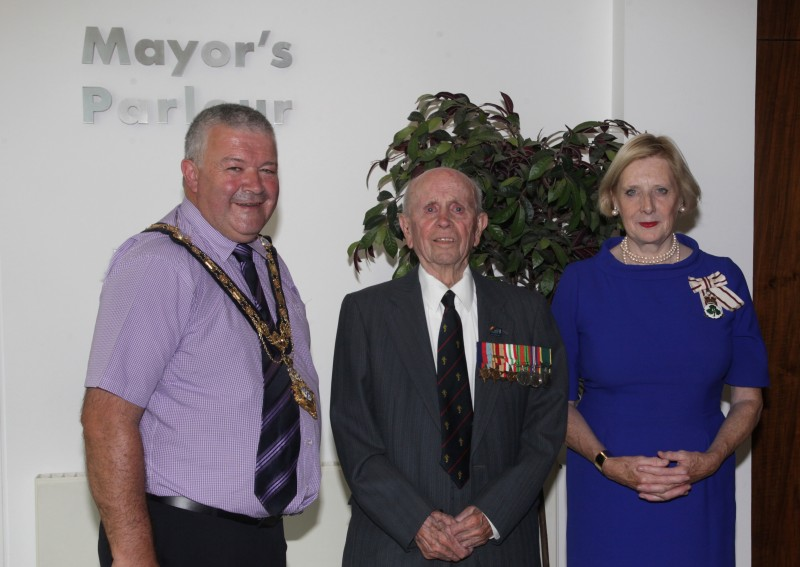 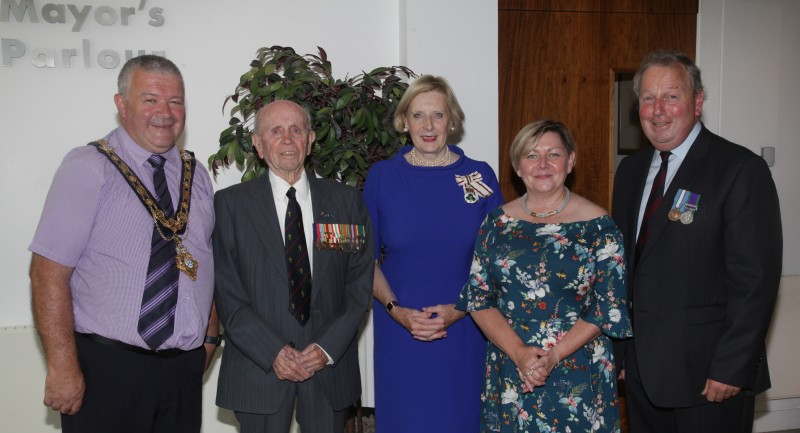 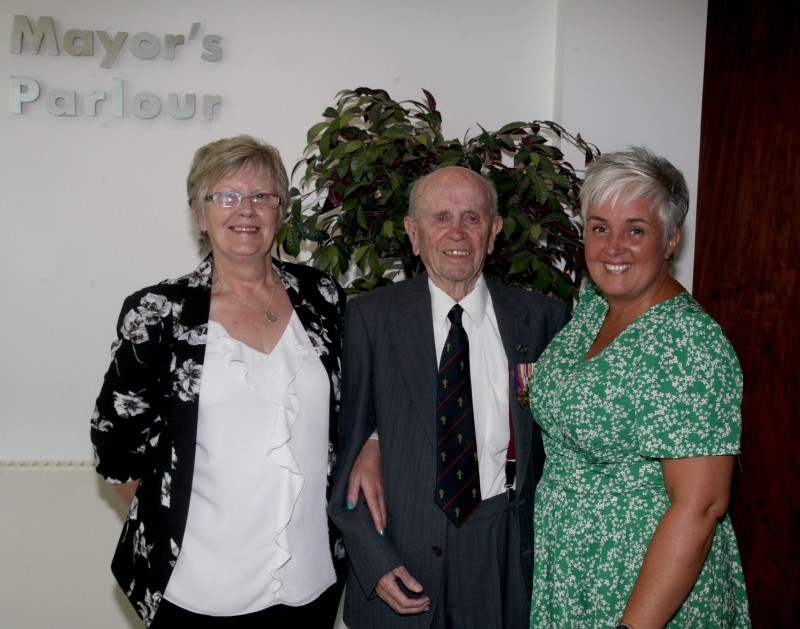 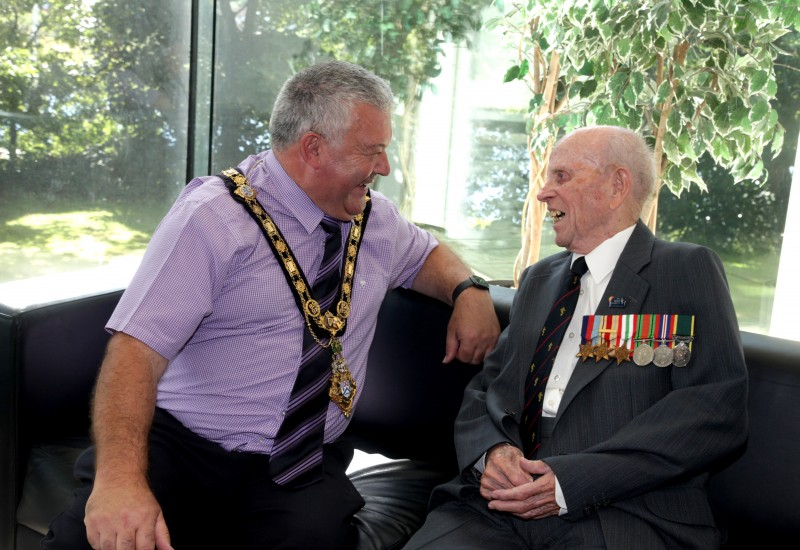 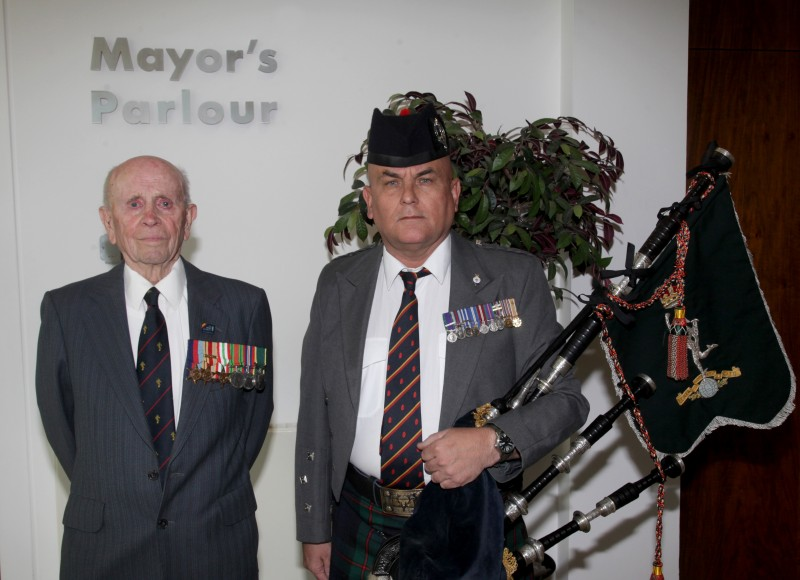