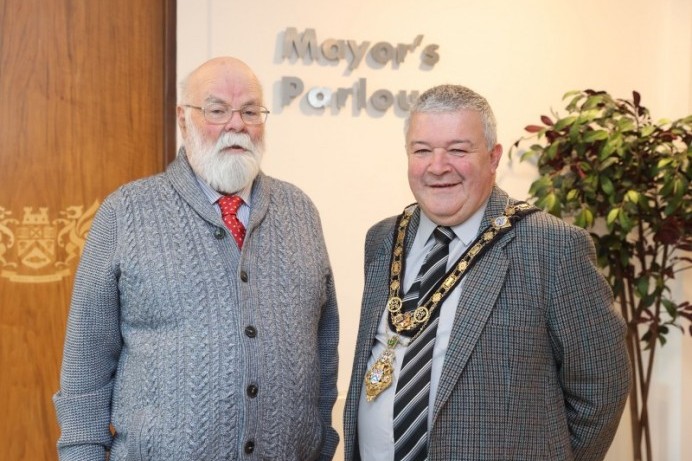 Davy Boyle has been congratulated by the Mayor of Causeway Coast and Glens Borough Council after he completed a 1000-mile walking challenge in aid of Sands NI and Northern Ireland Kidney Research Fund.

The ‘Caring Caretaker’ was recently invited to Cloonavin where a special reception was held in his honour.

Speaking afterwards, the Mayor, Councillor Ivor Wallace, said: “Davy Boyle has done so much to help local charities since the 1990’s it is hard to know where to begin.

“On behalf of the entire Borough, and all those good causes he has helped, I want to place on record my sincere thanks for what he has achieved.

“No sooner has one initiative ended but another is about to begin with his annual Christmas sit-out returning to Coleraine town centre.

“For many years we have got used to seeing Davy in his position outside the Town Hall and I understand that this time it will be even more significant as he does it for the very last time.

“Davy has raised almost £700,000 since he started fundraising and I know he is very much hoping that shoppers and visitors will give him their full support once again to bring this remarkable effort to a successful end.”

Davy thanked the Mayor saying: “I’m looking forward to getting out among the shoppers in Coleraine town centre.

“Hopefully, the weather will be decent and my health stays good for the sit out. With people’s kindness and the odd cup of strong coffee, the last sit out will be memorable for me and the two charities, Sands NI and NI Kidney Research Fund.” 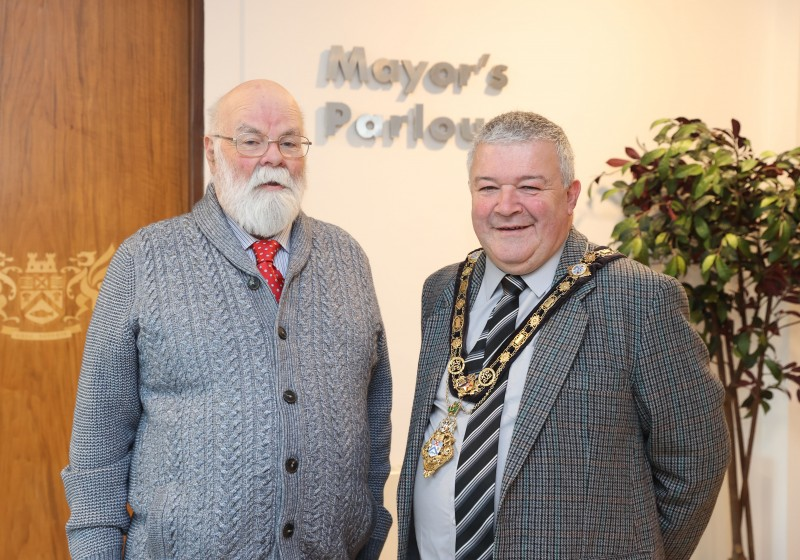 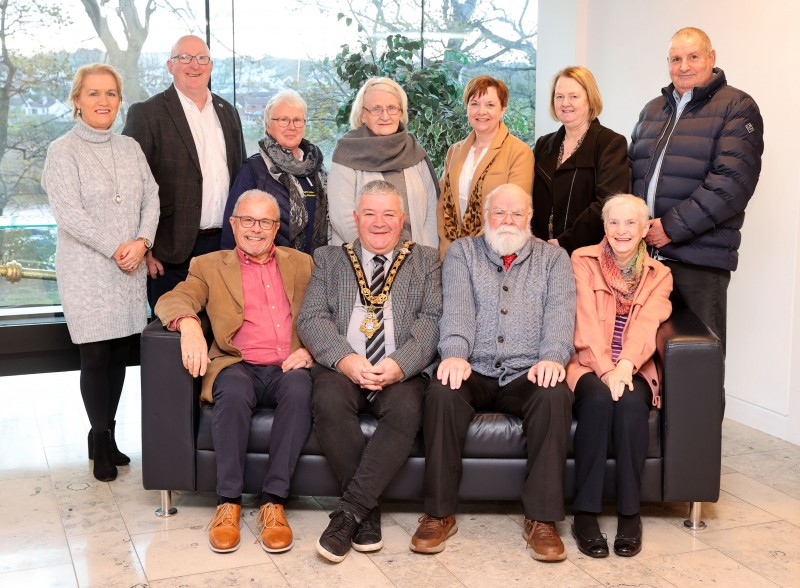