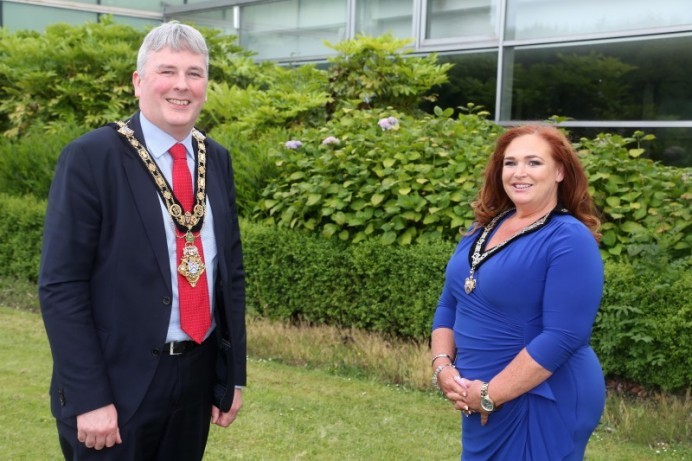 The Mayor of Causeway Coast and Glens Borough Council has offered his congratulations to two local organisations who recently received the Queen’s Award for Voluntary Service.

Ballymoney Royal British Legion and Garvagh Clydesdale & Vintage Vehicle Club were selected for the honour, which is the highest award a voluntary group can receive in the UK.

The Mayor, Alderman Mark Fielding said: “Volunteers are at the heart of community life in the Borough and I was delighted to learn that two local groups have received the Queen’s Award this year – the equivalent of an MBE.

“Celebrating the spirit of volunteering is very important, and the ongoing pandemic has shown us it’s value across the Borough. The Queen’s Award is the pinnacle of recognition for those who devote their time and energy freely to others and I would like to offer my sincere congratulations to everyone associated with Garvagh Clydesdale & Vintage Vehicle Club and Ballymoney Royal British Legion. Their volunteers’ collective efforts have led to this success, and they should be rightly proud of this achievement.”

Garvagh Clydesdale & Vintage Vehicle Club has been preserving history through vintage vehicles, machinery and farming methods, including Clydesdale horses, for 25 years.  Their annual show is one of the biggest of its kind and the group has also raised significant funds for charity.

The Ballymoney Branch of the Royal British Legion is committed to supporting former service personnel and local communities in the Ballymoney area to prevent social isolation through shared activities and cross-community integration. Each year the Branch reaches out to and supports over 900 people in the Ballymoney area and, in partnership with Council, assists in the delivery of a number of community related programmes.

The Queen’s Award for Voluntary Service was established in 2002 to celebrate the Queen’s Golden Jubilee. It is the highest form of civic award that can be granted to an organisation in recognition of the outstanding work of volunteers.