Home > News > Mayor ties up his support for Alzheimer’s Society 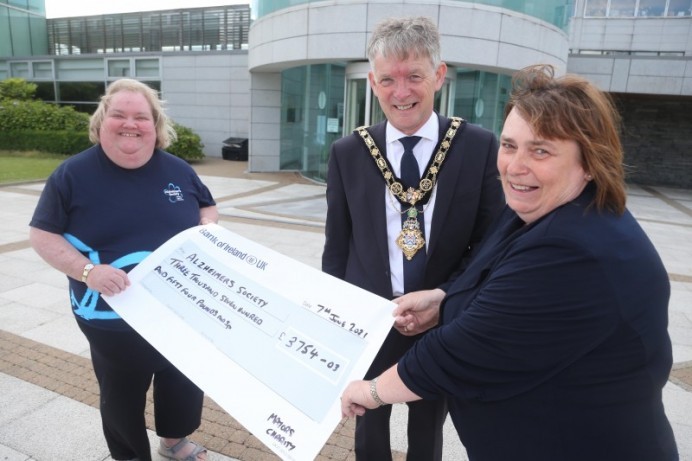 Mayor ties up his support for Alzheimer’s Society

The Mayor of Causeway Coast and Glens Borough Council has marked the end of his term by making a special presentation to Alzheimer’s Society.

Alderman Mark Fielding met fundraising volunteer Sharon Neely to hand over the proceeds raised for his official charity throughout his year in office.

Despite the challenges posed by the pandemic, the Mayor was able to show his support through a number of initiatives including street collections, a Christmas hamper, Pappy's Bakery Friendship Soccer league and an online donation page.

Speaking after the presentation, Alderman Fielding said it was a privilege to work with the charity: “When I took up the position last year, I pledged to support Alzheimer’s Society by raising funds and awareness about the services they provide in our area.

“The pandemic had a profound effect on all our lives during the past year, yet the public really got behind my efforts and I’m delighted to now hand over this substantial donation.

“I want to thank each person who contributed to our final total which I am immensely proud of.

“I was inspired by my father in choosing Alzheimer’s Society as my official charity as he developed dementia in his later life. Across the borough, many families are caring for loved ones living with this condition and the Alzheimer’s Society is an important source of support for them.

“Handing over this money to the charity is a highlight of my term and it’s been an honour for me to have been their ambassador over the past year.”

And as always, Alderman Fielding wore an aptly coloured tie to mark the occasion. As an avid collector of ties, he has been known throughout his term for having the right tie for all occasions.

“I suppose it became my trademark over the past year. If I was attending an engagement or supporting a specific cause I always tried to wear a tie which matched in with the occasion or cause. So for Alzheimer’s Society today I picked a dark navy. In the past, I have worn green for Macmillan, purple for council initiatives, and blue for autism awareness. It’s just something that I started at the beginning of the term and kept going throughout the year.

“I’ve enjoyed every minute of my time as Mayor despite the challenges of the pandemic and I have always endeavoured to be the best representative for our area that I could be.

“I want to thank all those organisations, schools, charities and causes who reached out during the year and I hope they found my support valuable and worthwhile.

“For now, I am looking forward to putting my ties back in the cupboard, for the time being at least, and spending more time with my wife Phyllis and extended family.

“They have been a huge source of support for me during my time as Mayor, and I want to express my gratitude to them.” 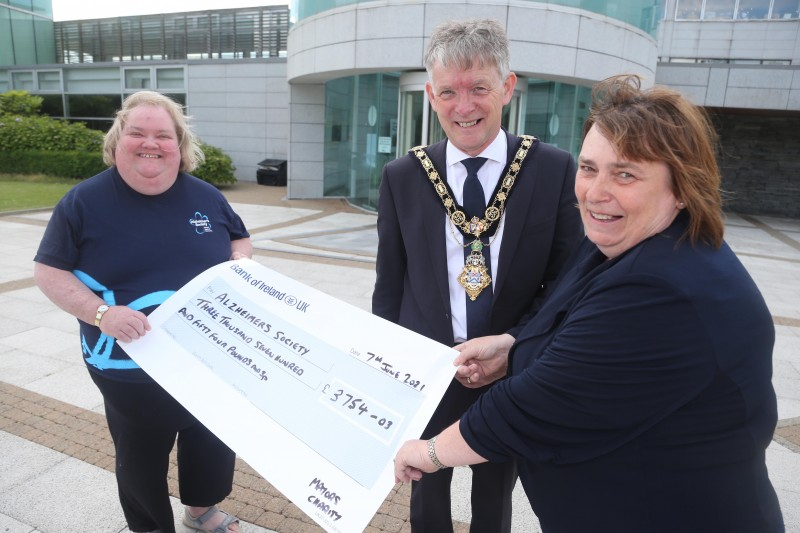 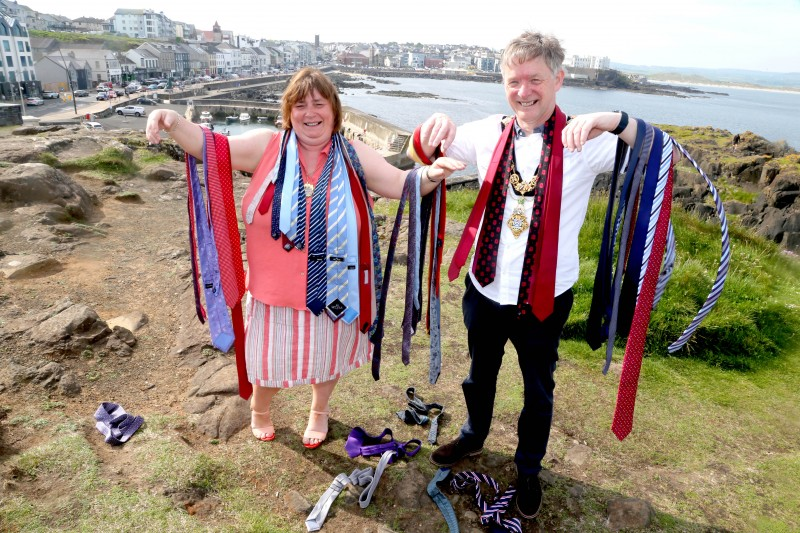