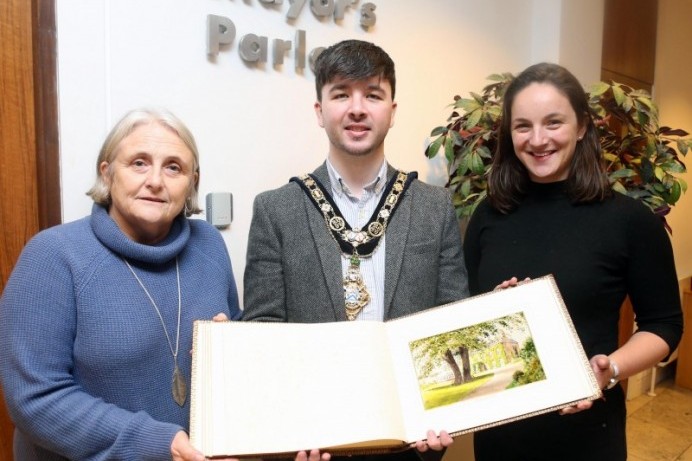 An illuminated address book with a unique story which spans across the globe to New Zealand has been donated to Coleraine Museum.

The item was first presented as a wedding present to Andrew Clarke by Coleraine Harbour Commissioners on the occasion of his marriage to Miss Violet Taylor on April 25th 1925. The Clarke family lived in Ballysally House, on the grounds where Council headquarters now stands.

Connie Kelly from New Zealand recently presented the special address book to the Mayor of Causeway Coast and Glens Borough Council at a reception in Cloonavin.

Welcoming its return to Coleraine, the Mayor Councillor Sean Bateson said: “The book connects us to the rich history of Coleraine and I am delighted that it is now set to go on display in the town where its story first began. The beautiful watercolours it contains capture historic scenes around Coleraine, some of which will be familiar to us and others which remind us of the area’s heritage and past. We are extremely grateful for this donation, and I want to thank Connie and her family for gifting it to the museum so that it can go on public display.”

The book was designed and illuminated by Carey & Thomson, Belfast, and along with the fine illustrations, it also contains a list of subscribers. It was taken to New Zealand nearly 20 years ago by Daniel McLaughlin, a cousin of Connie’s grandfather, Dr Daniel BC Taylor. Dr Taylor’s aunt was Violet Clarke (nee Taylor).

During a visit to the McLaughlin family in Coleraine, the idea of donating it came about, and it now looks set to remain here forever. Connie said: “My grandmother will be so pleased to know that the return of the illuminated address book to Coleraine has been achieved and I am delighted to pass on to her the Mayor’s kind words of thanks following our meeting with him and Museum staff.”

It’s not the first time that the family has contributed to the Museum collections as back in 2009, Connie’s grandmother Elizabeth sent over a sword and court suit which belonged to Robert Taylor, who was High Sheriff in 1891 and knighted in 1899. Robert purchased Coleraine Distillery in 1869, and his popular whiskey was the brand of choice in the House of Commons. The distillery passed to Andrew Clarke on the death of Sir Robert in 1902. Violet’s father was Daniel Taylor (Robert’s brother), MP for Coleraine from 1874 – 1880. Her brother, Daniel Brumhall Taylor, was Connie’s great-grandfather and her grandfather Dr Daniel BC Taylor was Vice-Chancellor of Wellington University. 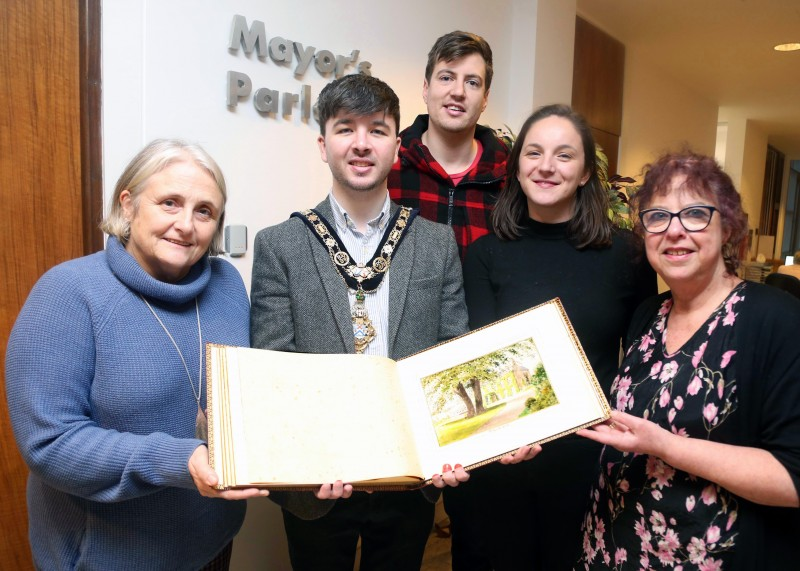 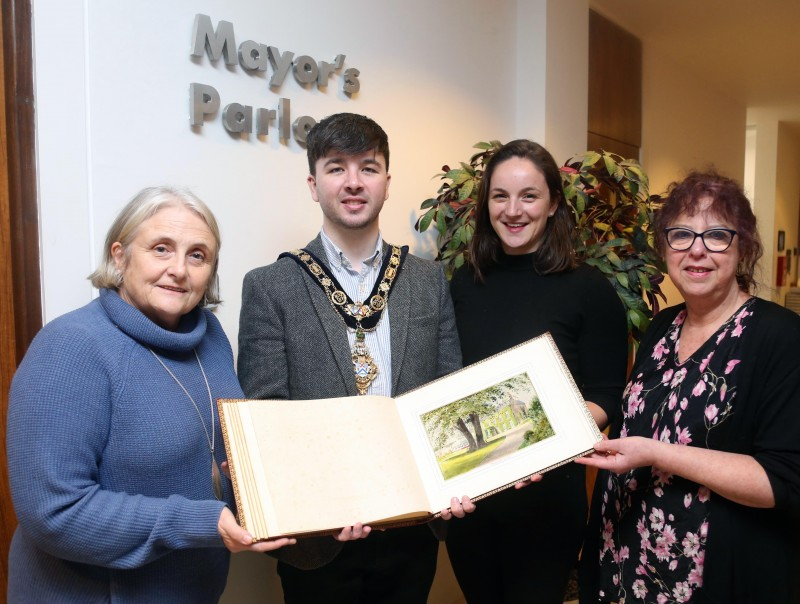 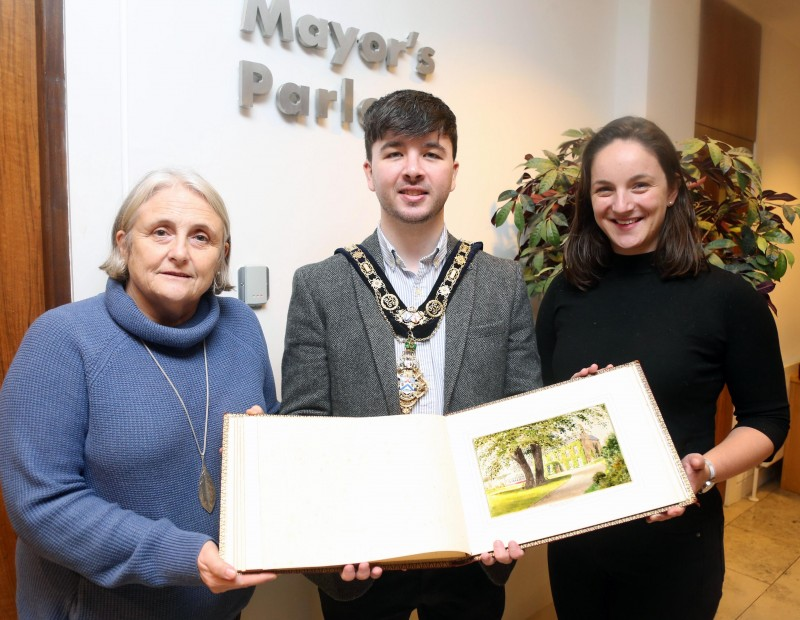 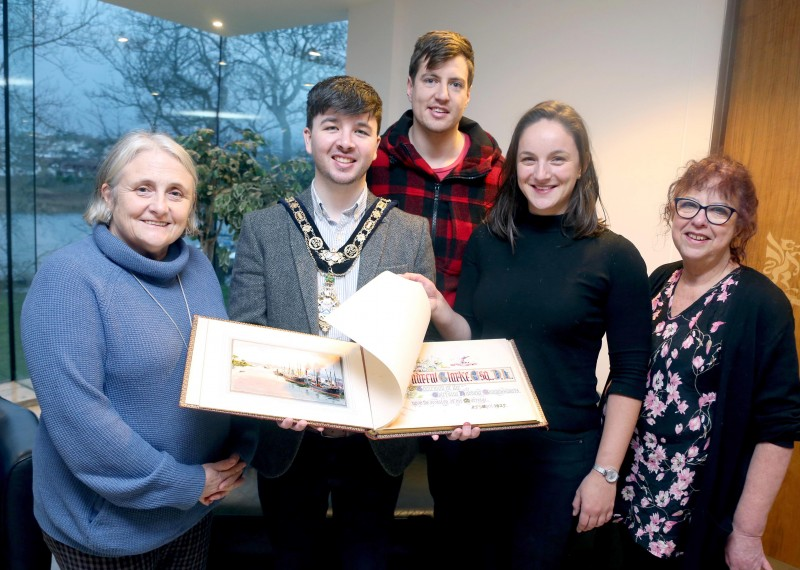