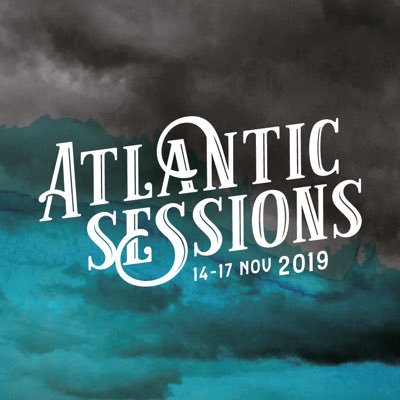 Portrush and Portstewart are counting down to the return of Atlantic Sessions, which will see a host of bands, singer songwriters and musicians descend on the Causeway Coast for the four-day music festival.

Following last year’s 10th anniversary sell-out success, the 2019 event will be headlined by the phenomenal Ryan McMullan at the Kelly’s Complex and with a host of new and unique gig locations added to the bill it’s set to be another very special occasion for music lovers.

Snow Patrol lead singer Gary Lightbody has cited Ryan as one of Northern Ireland’s most exciting artists with the voice of an angel, and is an ardent supporter of Atlantic Sessions, praising the event for its “incredible reputation for its passionate support of local talent.”

Although headline gigs are ticketed, Atlantic Sessions offers over 30 free gigs throughout the weekend, creating an unforgetable music trail across bars, coffee shops and hotels in both seaside towns.

Audiences will have the chance to hear Northern Ireland’s finest talent, including many of this year’s NI Music Prize nominees, playing in unique and intimate venues including the Causeway Lass Boat at Portrush Harbour, Holy Trinity Parish Church and Star of the Sea Chapel, as well as favorite venues like the iconic Arcadia, Portrush Yacht Club overlooking the harbour, Harry’s Shack on the stunning Portstewart Strand beach, the Anchor and Atlantic Bar.

Events this year include:

A very special opening event will celebrate Coleraine born Sam Henry and his remarkable collection of songs gathered from across the Causeway Coast and beyond.  Also on Thursday, Amanda St John and her band will be joined by TONY VILLIERS for The Muscle Shoals Sessions - Album Launch Party.

Gemma Bradley in Me and Mrs Jones meshes pop with the finest hand-picked sounds from R&B and Soul. Her debut single ‘Berserk’ earned her the title of the winner of the Christie Hennessy Contest and her sound has earned her slots on BBC Introducing and RTE. Alice La will bring her colourful pop to the Anchor Complex, DANI will perform in Harry’s Shack and the incredible 6-piece Runabay, who have been nominated for Best Album this year, will bring their alt-rock to the Springhill.

Friday will culminate in a showcase with Problem Patterns and New Pagans in the Atlantic Bar, and no punk night would be complete without the Godfather of Punk himself, Terri Hooley, bringing his DJ set.

Saturday opens at 1pm with NI Music Prize Contender nominee Joel Harkin in Koko.  Tour Alaska will launch their new album at 2pm in the stunning Arcadia – the solo project of A Plastic Rose front man Gerry Norman, he has toured across Europe multiple times and has supported Biffy Clyro and Twenty One Pilots.

Ken Haddock will bring a magical performance to Holy Trinity Parish, Portrush at 4pm, shortly followed by the stunning Darkling Air, who will be joined by their long time collaborators Arco String Quartet, to launch their new album in Portrush Town Hall at 5pm. In Portstewart, Reevah who has been played on RTE, BBC Introducing and 6 Music, will bring her distinctive Americana and new release to Me and Mrs Jones.

We are thrilled to announce that Ryan McMullan, will headline this year’s festival, straight from his tour with Snow Patrol. Ryan has already earned a formidable reputation in the European live music scene. After spending many years developing a dedicated local following, in 2017 he supported Ed Sheeran. 2019 saw his first Glastonbury performance and his largest Belfast show playing to 5000 fans.

Saturday will culminate with a party in the Atlantic featuring The Sabrejets and festival favourite The Bonnevilles with their garage punk blues.

Holywood Record Fair will be partnering with Atlantic Sessions for the first time, bringing a wide range of new and pre-loved vinyl to Portstewart Town Hall from 10am and Sunday’s music will open with a lunchtime ‘In the Round’ featuring the extraordinary Gareth Dunlop, Eilidh Patterson and Brigid O’Neill, hosted by BBC’s Ralph McLean.

This will be followed with M Cambridge’s acclaimed ‘Sea Song’ album which will be performed at 3pm on the Causeway Lass boat in Portrush Harbour.  Featuring sea songs based on old shanties, Ulster weaver-poet poems, traditional ballads and original compositions, it’s one of the most beautiful and remarkable albums released this year.

Best album nominee Conor Mason will play the Star of the Sea Chapel in Portstewart, followed by Rory Nellis in the Anchor.

The festival will culminate with a closing party in the Anchor with trad band Tippin it Up – expect a roaring turf fire and some special guests!

Festival Pass and individual tickets are sale now at atlanticsessions.com or purchase from Visitor Information Centres in Ballycastle, Coleraine, Ballymoney and Limavady.

All other gigs are free admission but early arrival is recommended.

For a look ahead at what's to come, click here to view our trailer video