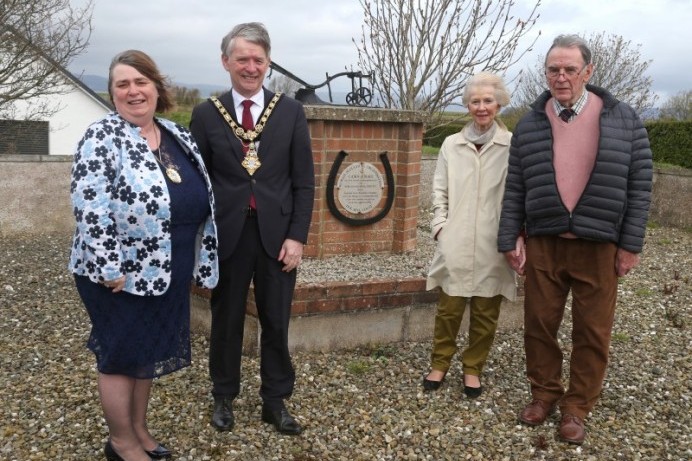 The Mayor of Causeway Coast and Glens Borough Council has paid a socially distanced visit to a Ballykelly couple who have reached a very special milestone this month.

Alderman Mark Fielding, along with his wife Phyllis, visited Mr and Mrs Barr outside their home to present a special card and a bouquet of flowers.

Offering his congratulations, the Mayor said: “Along with the Mayoress, I was delighted to have this opportunity to visit James and Elizabeth as part of their Diamond anniversary celebrations and offer our best wishes to them on behalf of the Borough.

“The Barr family is well-known in the farming community both locally and further afield, and their farm has previously helped to showcase our Borough by hosting the World Ploughing Championships.

“I would like to thank their daughters Judy and Melanie, along with their son Adrian, for inviting us to be a part of their celebrations, and I wish them both continued health and happiness in the years ahead.” 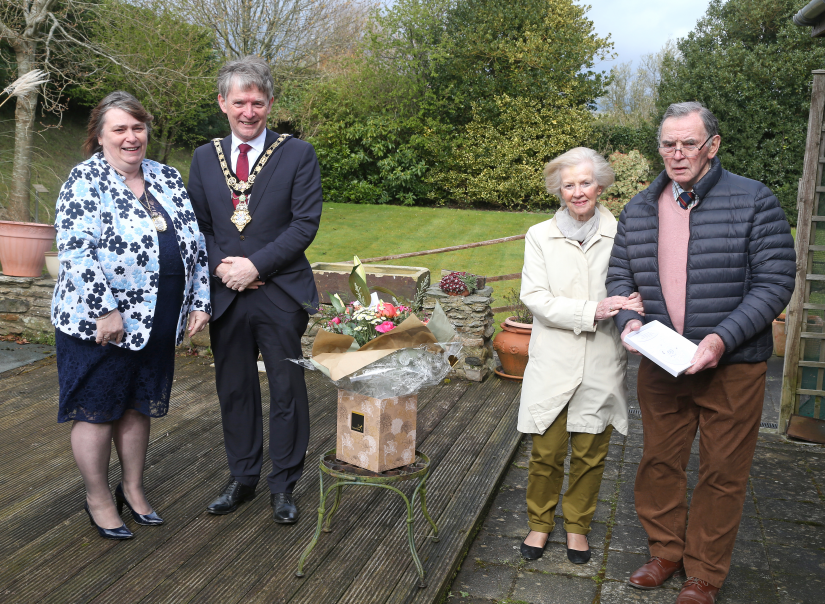 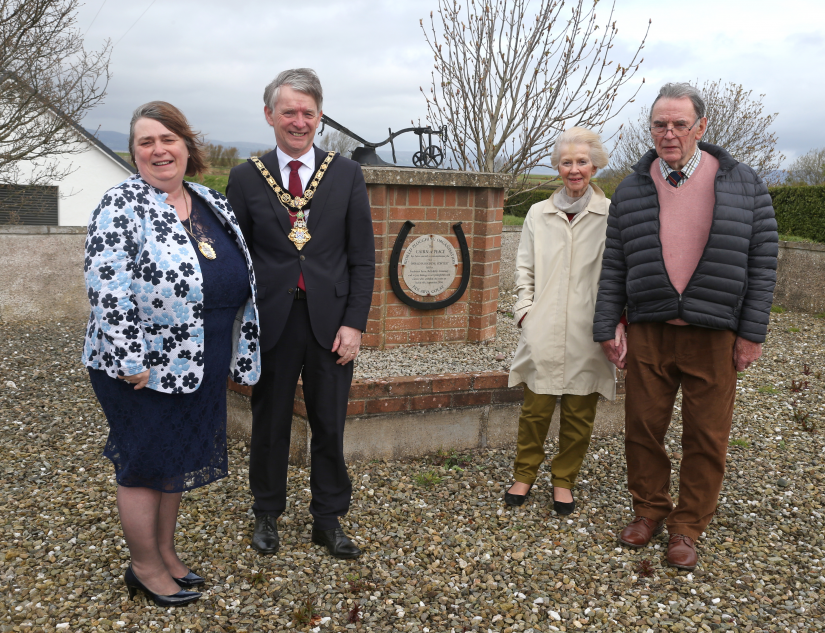