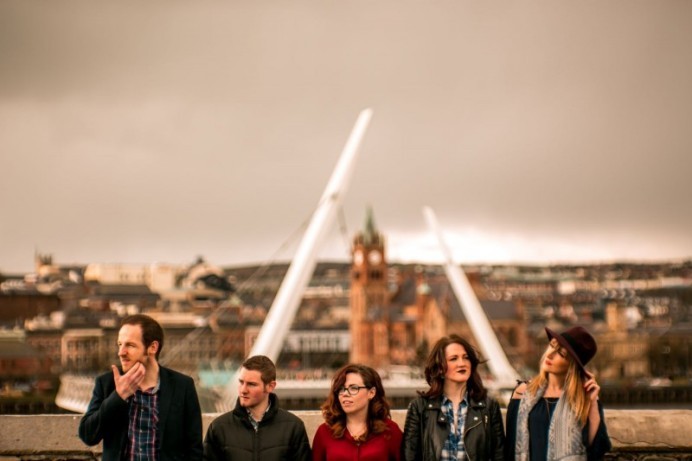 Roe Valley Arts and Cultural Centre will live stream a special concert by local band Lore as part of its autumn Northern Lights series on Thursday 8th October from 8pm.

The performance by the fantastic indie-folk four piece will be broadcast live from the Danny Boy Auditorium via Facebook for everyone to enjoy from the comfort of their homes.

Taking their name from ‘folklore’, the traditional art of storytelling and telling the tale of life, love, loss and fate one note at a time, Lore is fronted by singer/songwriter Carolann Carlile. Born in Belfast, Carolann was raised in Limavady, while composer and songwriter Raymond O’Kane from rural Dungiven will be on piano. Also from Dungiven, founding member and original driving force behind the band, Luke McCloskey will play guitar, with the line-up completed by Ballymena’s Rebecca Hall on the violin and fiddle.

Lore have graced the Arts Centre’s stage to great acclaim in the past, and the Autumn Northern Lights is delighted to now have this opportunity to present the group live in this virtual way.

The concert is the latest event in the centre's autumn programme, which features a fantastic variety of bespoke creative learning workshops and exhibitions, complimented by a range of online events including community-based arts activities.

Lore’s performance will be followed by Ten x 9 live storytelling on October 30th, and writer Bernie McGill in conversation with Jessica Bates, with music by Hannah McPhillimy, on November 19th. The autumn Northern Lights series is free, and all event will be live-streamed to enjoy from home. 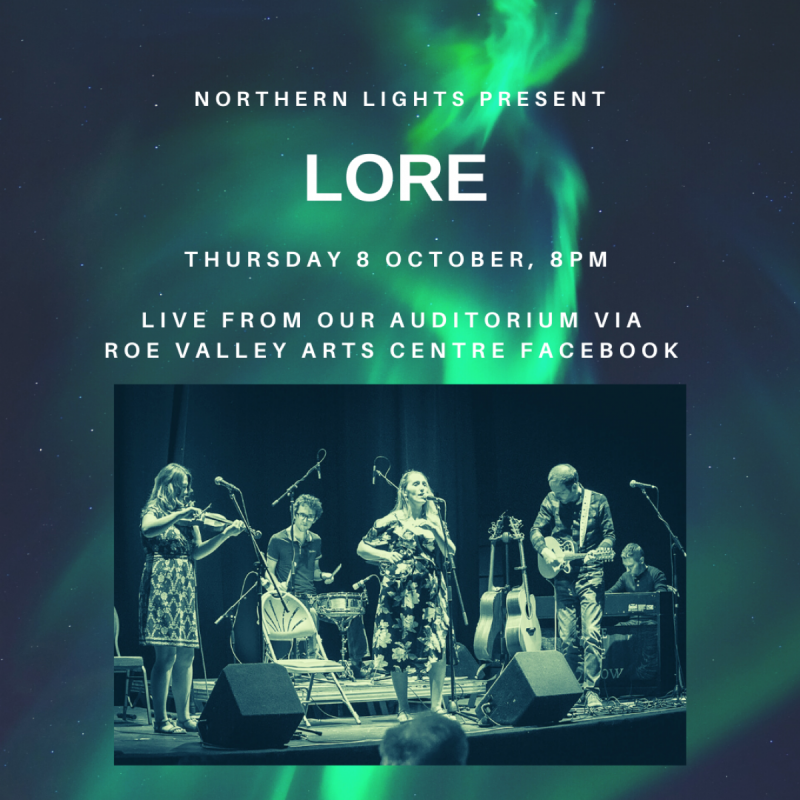