£500,000 has been made available for a revitalise scheme for Portrush.

The funding will be used:

Eligibility is being extended to cover the same area as the Urban Development Grant scheme. However priority will be given to those business properties in the blue area.
The scheme area is as follows: 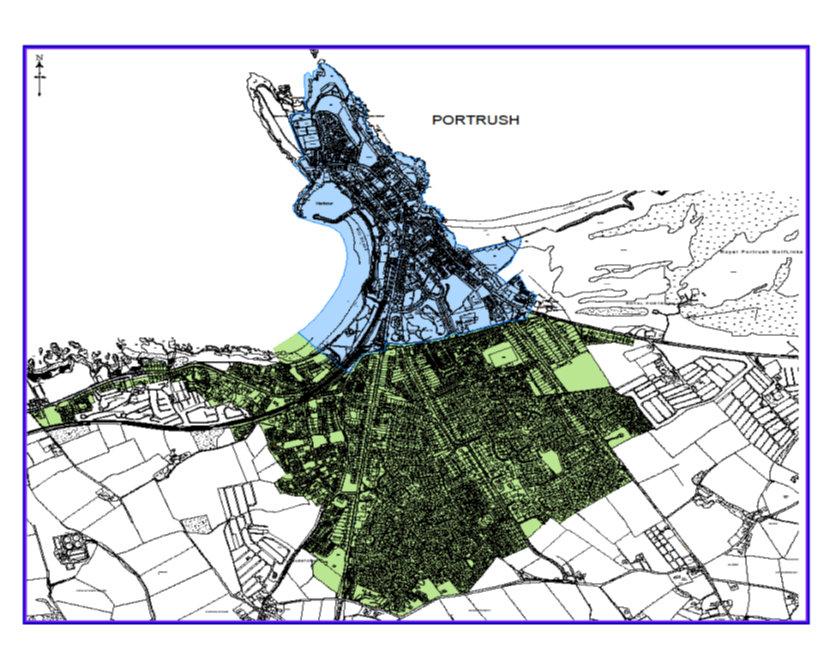 The grant funding will be capped at £5,000 per property, however business owners may decide to fund additional works

The grant funding will cover 90% of the costs and applicants are required to make a 10% contribution on any grants up to £5,000.

The first tranche of applications closed on the 27 April 2018 and over 100 applications have been received from both the blue area and the green area.

A Steering Group has been established and the group will act as the decision making forum for applications.

Their role is to ensure the following:

The group is made up of the following:

• A preliminary briefing meeting took place on Thursday 10th May 2018.

• Group has agreed to reconvene late June to review the first batch of applications.

• Meetings will continue on a regular basis until decisions on the first tranche of applications has been completed.