The Uprising in North Antrim

On the Saturday morning, the Government forces reached Ballymoney and found the town almost deserted.  Those people who supported the rebellion had gone to Kilraughts and anyone who didn't had fled to the safety of Coleraine.  Colonel Lord Henry Murray ordered his men to burn Ballymoney as punishment for the people's disloyalty.

The rebels marched to Ballymena, led on horseback by eighteen year old Richard Caldwell of Harmony Hill (now Balnamore).  By the time they arrived in Ballymena, the Rebellion was almost over and the Government forces were approaching the town.  On Sunday morning, the countryside was filled with men trying to hide or get home to safety.

In the days and weeks that followed, those who were arrested faced terrible punishments.  Ballymoney magistrate George Hutchinson gained a terrifying reputation as he ruthlessly condemned men to be hanged or transported overseas.  A few rebels were fortunate to escape and lived in exile for the rest of their lives. 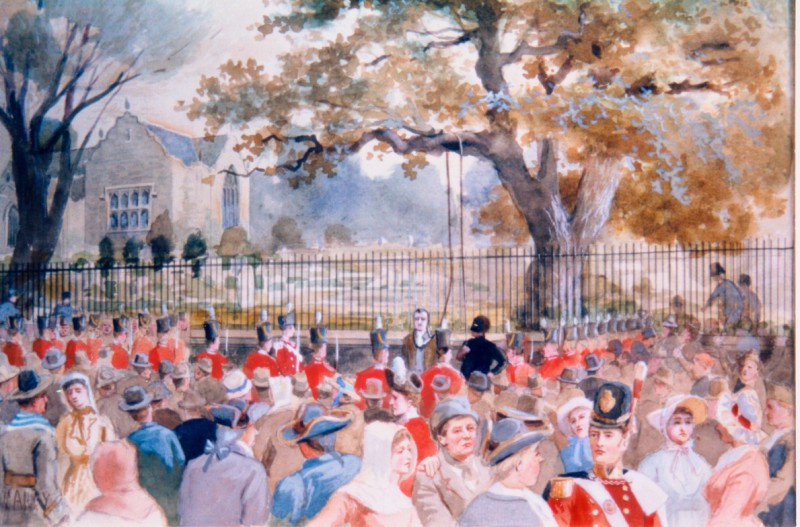