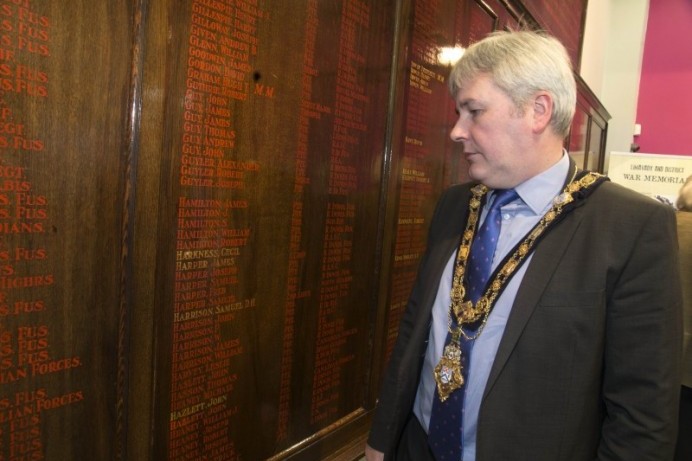 A special reception has been held in Roe Valley Arts and Cultural Centre where Limavady’s historic War Memorial Boards have now gone on permanent display.

Hosted by the Mayor of Causeway Coast and Glens Borough Council, the event also remembered the centenary of the War Memorial Institute and was attended by elected members, guests of the War Memorial Trust, members of the Royal British Legion, Roe Valley Branch RAF Association and the Limavady Royal Naval Association.

The War Memorial Boards feature the names of those from the area who served during World War I with gold lettering used to highlight those killed in action. The information was collated by RG Connell & Sons Solicitors following a public appeal made through the Coleraine Chronicle on April 12th 1919.

Reflecting on this latest chapter in the Boards’ history, the Mayor, Councillor Richard Holmes said: “I am very pleased that these significant assets will now be preserved for the future in a new location within the Arts Centre. They tell a powerful story about Limavady’s role during World War I, connecting our Borough to this global event and remembering forever the names of those who fought and those who paid the ultimate sacrifice.

“I would like to thank all those who attended our event, especially local historian Alistair Harper for his insightful history of the War Memorial Institute.”

After their completion, the War Memorial Boards were first put on display in Bridge Hill House.  Offered by the Boyle family as the War Memorial Institute, its official opening was attended by Major General Sir Oliver Nugent KCB DSO in March 1922.

The boards remained there until a bomb attack on the nearby police station in 1972.

It caused extensive damage to the War Memorial Institute building which had to be demolished.  Fortunately, the Memorial Boards survived and were moved to Alexander Memorial Town Hall on Main Street. It is thought that at this time an additional board, containing further names, was erected alongside the originals.

In more recent times, the boards have been displayed at Green Lane Museum in Roe Valley Country Park.

Those attending the reception to mark their unveiling also enjoyed an opportunity to tour the Steinbeck Festival Dust Bowl Photography Exhibition as well as the ‘Partition in Ireland: Partition of Ulster’ exhibition and the Echoes of the Causeway display within the new museum heritage space at the Arts Centre.

Members of the public who would like to view the War Memorial Boards can book a slot by emailing information@rvacc.co.uk or ring 028 777 60650. 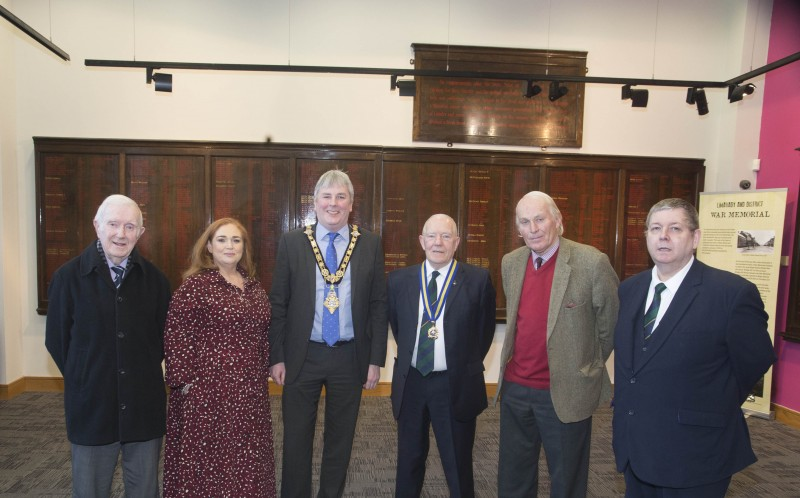 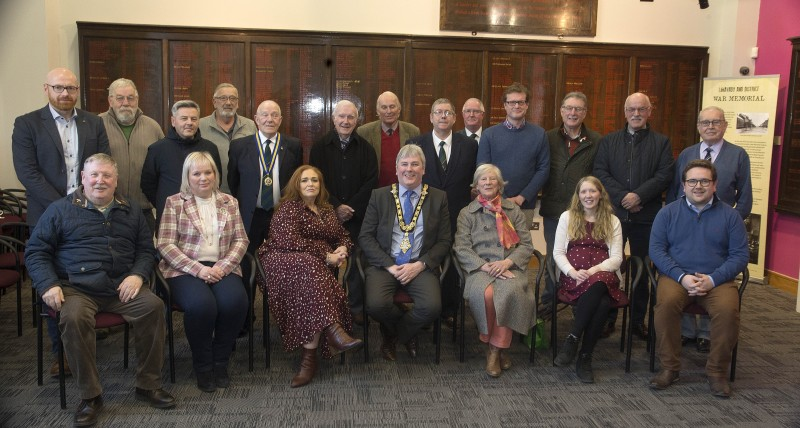 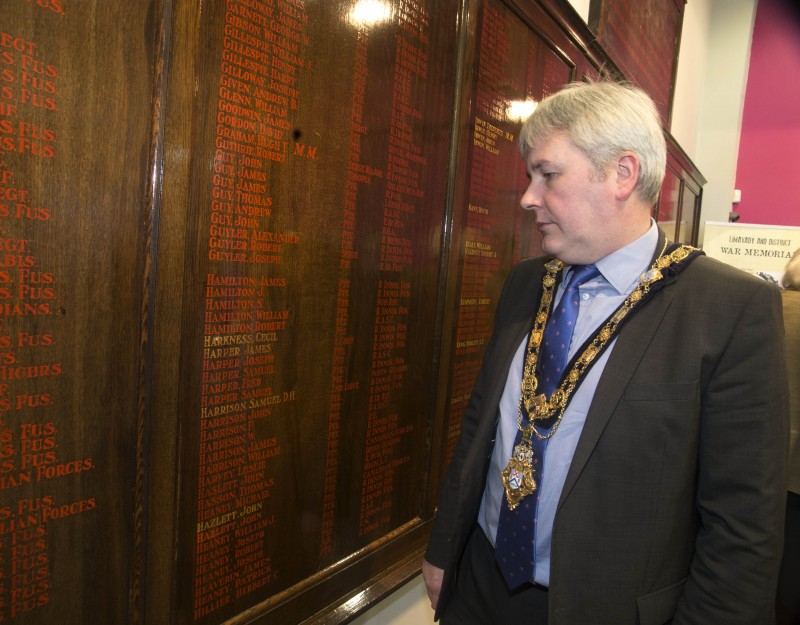